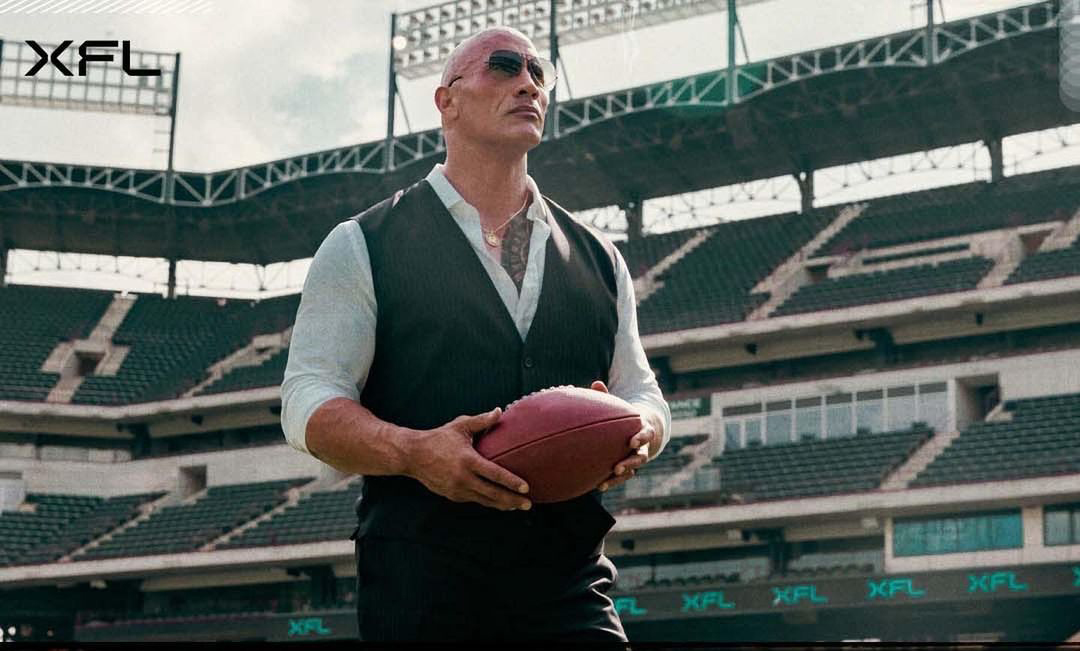 Dwayne Johnson’s life story is more on show now than any time previously in his career.

Young Rock, an NBC comedy in its second season, tells the life story of “The Rock” and his family. Every week a touching episode is aired, telling the epic tale of Dwayne Johnson and how his fame came to be. With humorous takes on the WWF (WWE) in its formative years, and the Canadian Football League in the Wally Buono era, we easily lose touch with the fact this is a huge marketing success for “The Rock” and his brand.

Young Rock being a Seven Bucks Productions production, is led by, among others, Dany Garcia, Dwayne Johnson’s former wife and long-time business partner. There is no doubt that the television show is meant to produce profits, but it has the side effect of bringing more people into Dwayne Johnson’s fandom. The show has now been greenlit for its third season, so we can expect more Young Rock next year.

Every move Seven Bucks Productions makes in relation to Dwayne Johnson further propels “The Rock” into new levels of stardom. Young Rock aside, Seven Bucks Productions has been behind the placement of Johnson in blockbuster movies such as Jungle Cruise, the Jumanji movie franchise, Hobbs & Shaw, Red Notice, and the upcoming animated DC League of Super-Pets as well as the superhero blockbuster Black Adam.

As for the XFL, it has not missed out on every chance to point out how Dwayne Johnson is a co-owner. Lately, they have begun to drive home the point that “The Rock” will be involved in the day to day workings of the league.

Most recently, “The Rock” has declared he would be attending the XFL showcases. These football player recruiting combines will be held at six different locations in the USA over the months of June and July. However, none are more important to Johnson than the showcase scheduled at McKinley High, his former high school when his family lived in Hawaii. Having a showcase take place at this locale is no doubt meant for publicity, taking advantage of Johnson’s star power, there is no doubt he will be seen meeting children from his school and lecturing them to follow their dreams and never give up, parroting his own success story.

Of course, high school level footballers are not the main targets of XFL player recruiting, and there will be athletes at the combines who are former NFL, CFL, XFL, etc, players who are looking for a new playing opportunity with the XFL. You can bet Dwayne Johnson will be there to encourage them, and it will be all done on camera, meant to be shown on social media, and in an XFL documentary series that is already being produced.

That’s right. Everything the XFL is doing these days is being recorded, and the main star is “The Rock.”

Recently, when the XFL held meetings in Arlington, Texas, the obvious football-related point of the meetings were not focused upon. Instead, promotions consisted of the recently hired eight XFL team head coaches, XFL executives, and league co-owners, who posed for photos and videos on the field and at the meeting. Definitely a publicity event, the main subjects of the promo were Dwayne Johnson and Dany Garcia.

A professionally produced video shared on social media looked a lot like an introduction to a television documentary.

Awesome- I got to him “Rock” and he called me Coach Wade. pic.twitter.com/CHjbyBxwlC

They spent some time promoting the recently hired head coaches, but were sure to feature individual photos of each coach posing with “The Rock.”

And why not? He is a super star.

In brutal comparison, the USFL, a competing league to the XFL, has absolutely no star power. It is relying on a simpler formula where you put the best available players on the field and have them entertain us by playing an exciting game of football. Ironically, in the past this has been considered enough for a league to succeed. The upcoming XFL is clearly planning to take things to a whole new level. So far, we have only seen the tip of the iceberg.

There is no way the mainstream media can ignore a story featuring “The Rock.” It’s this power that will force XFL 2023 to be more mainstream than its predecessors, and ultimately coerce fans to pay attention when the league kicks off next February.

Ironically, Vince McMahon tried to use the popularity of his wrestling league to catapult the first XFL into success. In February 2001, the league kicked off with great fanfare and huge television ratings. However, viewership began to wane when people became weary of the poor quality football and corny WWF-style story lines. The rest is history.

Notably in 2001, the XFL did not have the support of the main stream media, and the press ran roughshod over the league the whole time. Interestingly, this did not happen to XFL 2020, who had a relatively good relationship with the media, especially in markets like St. Louis and Seattle. There was more success to be had when coronavirus unfortunately shut the whole thing down.

This time, knowing the sparkle that is permanently part of Dwayne Johnson’s star persona, the new league owners are pulling an ace out of their sleeves early, and getting “The Rock” involved in the promotion. As the XFL rolls out their star in the coming months, look for the mainstream media to begin to feature the XFL in their stories. This will be a sure sign the plan is working.

In a possible point of ironical one-upmanship, Dwayne Johnson was one of the WWF stars Vince McMahon called up to help promote the kickoff of his league in February 2001. Will Johnson be part of the group that successfully resurrects McMahon’s dream?

It may become a storyline in a future episode of Young Rock.

2 thoughts on “To sell its brand of football, the XFL is counting on “The Rock””