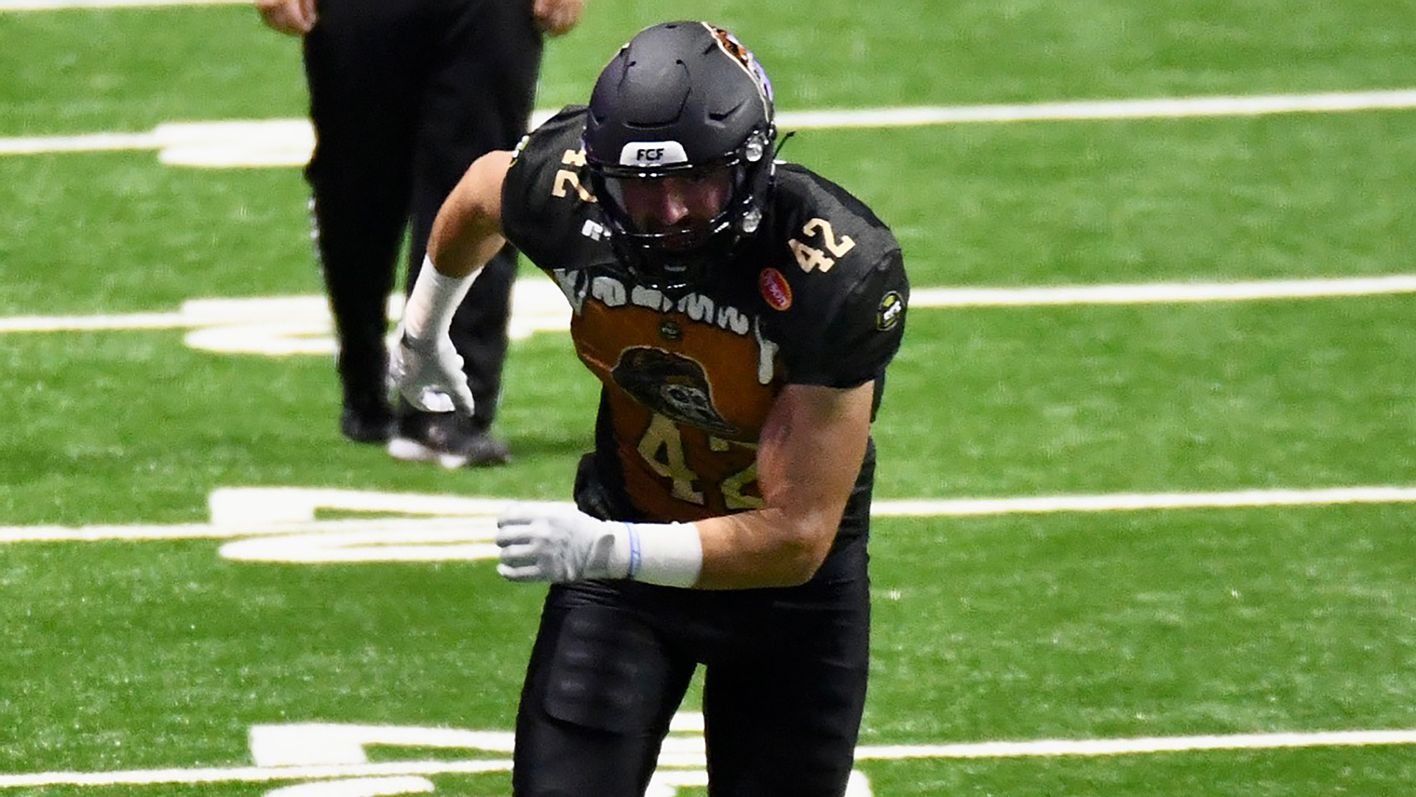 Tight end Tommy Auger (pronounced ‘oh-jhay’) had a feeling he would be drafted to an XFL team. Prior to the draft, a coach even told him one of the teams is sure to select him. Still, Auger watched the online XFL Draft board looking for the magic moment he would get a glimpse of his name.

“I actually got a text from one of my coaches who use to be an FCF (Fan Controlled Football) coach… He just texted me ‘Congrats,’” Auger said.

Meanwhile, Auger had been watching the board and he didn’t see his name. Of course, there was a slight lag in the online delivery and Auger soon witnessed his name pop onto the board. A few seconds later he received an official message of congratulations from Lamar Thomas, one of the Orlando Guardians coaches. 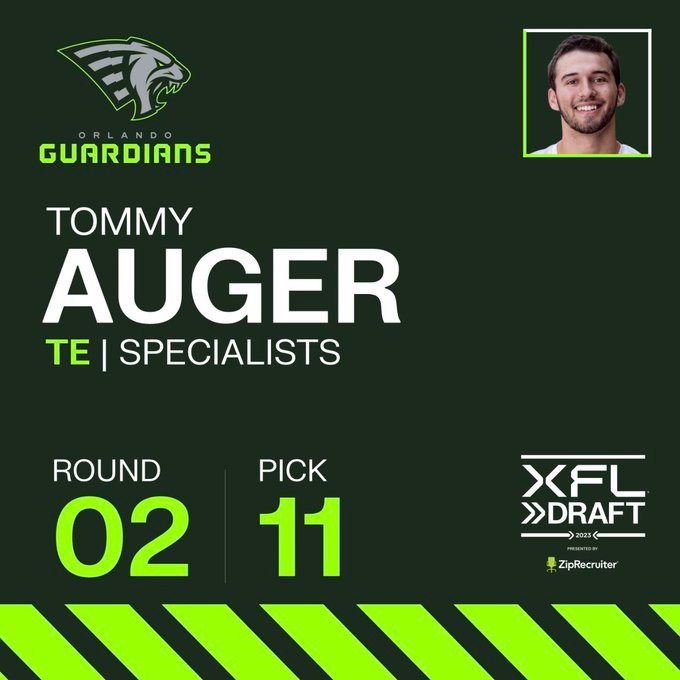 Being drafted by the Orlando Guardians was a moment of victory for Tommy Auger. When it came to his pro-football career, being drafted into an XFL team was exactly the next step Tommy Auger was looking for.

Since growing up in St. Cloud Minnesota and playing football at Cathedral High School, Auger knew it would be a hard climb to play professional sports. In 2015, when he did not have any offers to play for a college, Auger went down the road to play for the Saint John’s University Johnnies, which turned out to be a boon for Auger as he was able to play in both sports he loved, football and baseball.

In his senior year with the Johnnies football program, Auger caught 26 receptions for 303 yards and seven touchdowns. He was named 2nd team AFCA All-American and 1st team All-MIAC.

After college, Auger used his accounting degree to make some money, but he still had dreams of a pro-football career. He began to reach out to international teams, looking for playing opportunities. This lead to a former teammate getting him in contact with the owner of the Cinemaxx Blue Devils, a team in the Austrian Football League. This lead to Auger getting a contract with the Blue Devils, where he played in six games, and had a very respectable 38 receptions for 654 yards and eight touchdowns.

Auger came back to the United States with film and good stats under his belt, which he hoped would lead to a selection in the USFL draft. Unfortunately he was passed over. Undaunted, Auger moved on to play with the Fan Controlled Football (FCF) league in the spring of 2022, further racking up the playing time, getting more game film, and further establishing himself as an up-and-coming player.

In the summer of 2022 Auger found himself at the XFL Showcase held in Choctaw Stadium. His performance in Arlington led to a workout by the Orlando Defenders in September 2022, and then an invitation to the XFL Draft pool. In November, Auger was selected by the Orlando Guardians in the Specialist phase of the draft. Why was a tight end selected in the Specialist phase?

“I long snap as well,” Auger explained. “I think I’ll be doing a couple of different duties for them. Long snapper is one of them.”

It seems that Auger is one of those players who is a “Swiss Army knife,” in that he has different tools (skills) available for teams. This is probably more than useful for a squad with a smaller roster.

Multiple skills is not the only thing Auger feels he offers the Guardians.

“Just a lot of energy and a lot of heart playing as hard as I can,” Auger explained what he has to offer.

“I think that’s something that I’ve done no matter where I’ve been. So, I think hopefully that can translate to the rest of the guys on the field. And we can put a good product out there,” Auger added.

Now, Auger has gone from Austria to Orlando. There is no skiing in Orlando (outside of water skiing) and the only mountain would be “Space Mountain.” But the game of football is a constant wherever you play, and Tommy Auger is eager to demonstrate his athleticism and skills, and to show the people of Orlando just how he loves to play football.

If you want to hear the entire interview with Tommy Auger, check out:
Episode 45 “Guardians Times Two” with guests Dontez Byrd and Tommy Auger