The Sooners the Better

All sights are set on Stoops and Landry, and the success they were able to achieve at the University of Oklahoma. 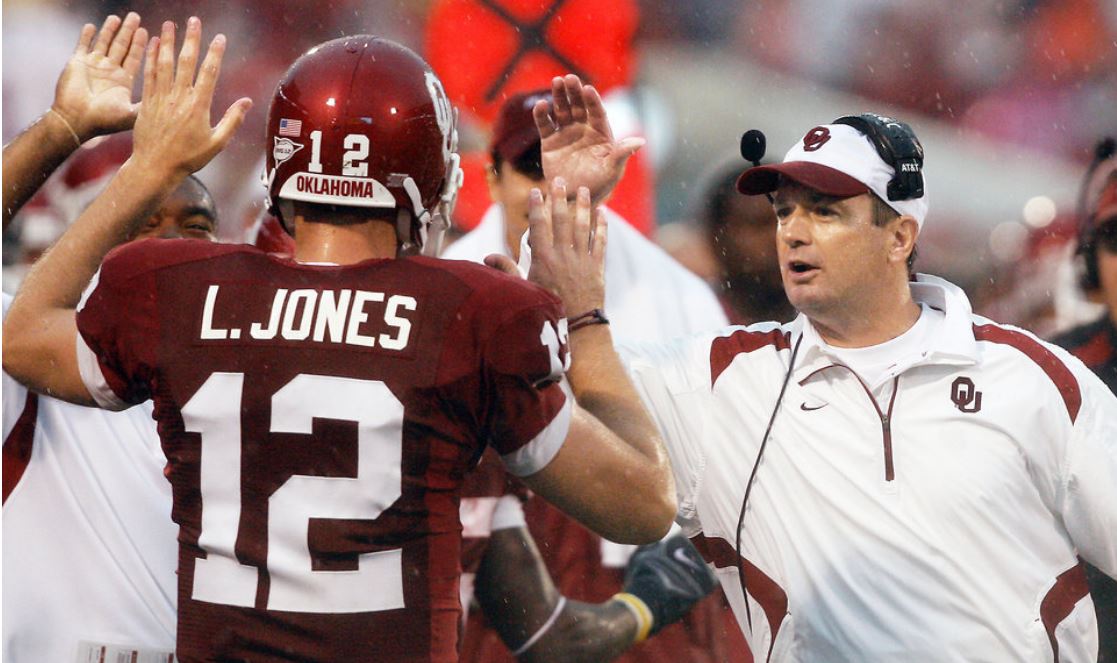 The XFL draft is upon us, and the Dallas Renegades will have a choice of who will represent the team in their first round draft pick. Many have speculated that the former Oklahoma quarterback and also former Pittsburgh Steeler Landry Jones will be the franchise player to bear the title.

Why does this sound so sweet? Landry Jones and Bob Stoops built a solid relationship on and off the field during their tenure at the University of Oklahoma.

Jones, backup to Sam Bradford his freshman year, was inserted into the first week of action once Bradford went down with an shoulder injury. The Sooners lost that game, but this did not stop Jones and Stoops from building an instant connection the next week against the Idaho State Vandals.

The Landry Jones era began with a BANG!

Jones finished the day completing 18 out of 32 passes, 286 yards through the air, and 3 passing touchdowns in a 64-0 victory over the Vandals. The next week Jones had another impressive day against the Golden Hurricanes of Tulsa University throwing a Sooner record of six passing touchdowns and received AT&T All America Player of the Week honors.

This was just the beginning of a dominating career Jones would go on to have at the University of Oklahoma, finishing his collegiate career with 16,646 passing yards and 123 touchdowns.

Typically, the constructs of a team begin with having the franchise quarterback, and then the franchise adds the other foundational pieces to the puzzle.

All sights are set on this duo and the success they were able to achieve at the University of Oklahoma. Bob Stoops was hired primarily to build a dynastic team in Dallas to win several championships. With Jones, the Renegades may find the perfect fit to spread the gospel of Stoops in the locker room.

With the draft less than a week away the Renegades can get off to an amazing start as a franchise if the front office can pull this off. I am predicting with Jones at the helm as the starting quarterback, the Renegades may be the team to beat. That’s an amazing way to kick the inaugural season off as the new team in the Dallas-Fort Worth Area.