After their win over the DC Defenders, Greg Parks grades the Vipers by position. 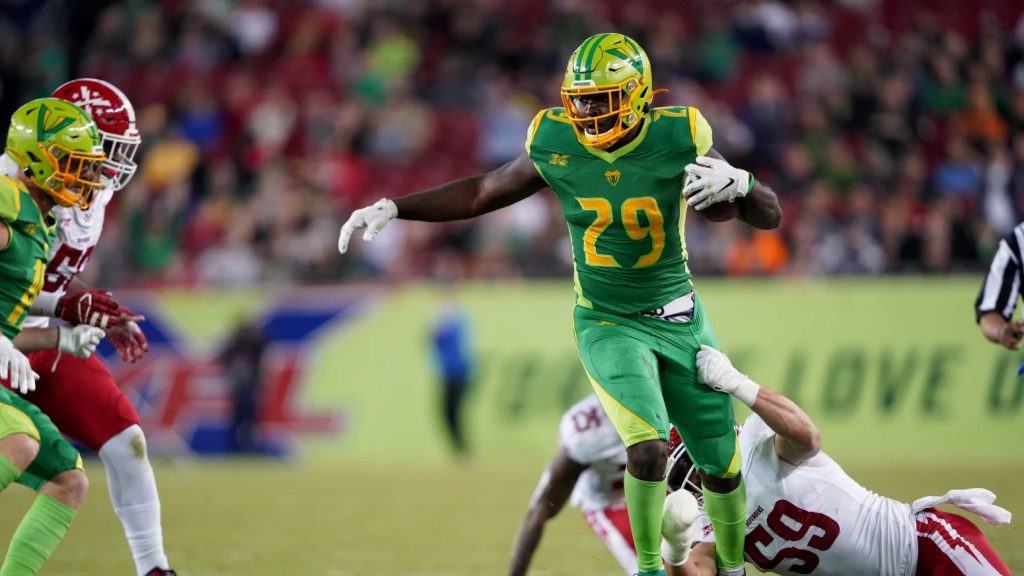 QB: A-: With Aaron Murray playing the part of emergency backup, Taylor Cornelius started his third game in a row and continued his steady improvement. This was by far his best performance, as he completed 77% of his passes for 211 yards and a touchdown. There were lots of WR screens built into the game plan, as well as other throws that allowed Cornelius to get the ball out of his hands quickly. He wasn’t perfect: Cornelius made a poor decision on a lob to the end zone that was picked off as Tampa Bay was driving in the third quarter. While it isn’t always pretty, Cornelius once again picked his spots nicely in escaping the pocket, running for a 17-yard touchdown and 36 yards overall. Bottom line: By leading the team to its first victory and improving each week, Cornelius appears to have done enough to take the starting job at least for now, and perhaps permanently.

RB: A+: Not only did the Vipers have the first 100-yard single-game rusher in the XFL this year, but they had TWO in the same game. De’Veon Smith and Jacques Patrick each had over 20 carries, and both averaged 5.1 yards per carry. Patrick ran hard to cap an eight-yard TD run early on. Smith converted two 4th downs on the same drive near the end of the first half, one in which he was the recipient of a desperation shovel pass. Patrick alertly scooped up a ball on the ground, running for about 20 yards inside the Defenders five yard-line. The offense played with tempo, succeeding in wearing out the D.C. defense.

WR/TE: A: The receivers and tight ends did much of their damage with yardage after the catch, given a significant amount of WR screens and plays designed to stretch the defense horizontally were built into the play calling. The best example of this was Dan Williams breaking off a big gain on a broken screen play early in the second half. With his size and tackle-breaking ability a premium in this one, Williams was targeted 11 times. The offense also employed more four-wide looks with the absence again of TE Nick Truesdell. In his stead, DeAndre Goolsby caught a touchdown on 3rd-and-goal. S.J. Green, the much-heralded CFL legend, dropped his only target. Reece Horn drifted back on a lob pass instead of going up to get it, which resulted in a pick.

OL: A+: A couple of changes on the line resulted in this unit mauling D.C. in both the pass and run game. Andrew Tiller, fresh off injured reserve, was plugged in as the starting right guard. He brought some nastiness to the run blocking and Tampa ran his way often. Daronte Bouldin, the previous starter at right guard, was a coach’s decision inactive. While Isaiah Williams was listed as the right tackle starter, Marquis Lucas took over and neither he nor left tackle Martez Ivey allowed a pass-blocking pressure. In fact, D.C. only registered two pressures and had zero sacks. The line worked in tandem on double-teams well, a sign they may be gelling together.

DL: A-: It was DE Bobby Richardson who made an impact early, starting in place of Deiontrez Mount and making a tackle for loss on the first play from scrimmage. He was also in on a 3rd-and-2 tackle for loss with Jason Neill and Reggie Northrup. Obum Gwachum did not start despite the first-round pick making his return from I.R. He rotated in throughout and did sack backup QB Tyree Jackson late. With five defensive tackles now on the roster, two were inactive (Shane Bowman, Kellen Soulek). When the game was still in the balance, an offsides by the line gave D.C a first down. They pressed the pocket enough to keep Cardale Jones off-balance all game.

LB: A: Defensive Coordinator Jerry Glanville giddily told the sideline reporter during the game that he had called a blitz on every first half defensive play. Often tasked with carrying out those blitzes were the linebackers. Reggie Northrup continues to see increased playing time, and it paid off with a sack in this one. Lucas Wacha had three tackles and dropped a screen pass for a loss of yardage. Terrance Plummer was hurt on special teams, which limited his time on defense as the game progressed. D.C. couldn’t get the run or the pass game untracked, and credit goes to all three levels of the Tampa defense playing as one.

DB: A+: Watching the defensive backs to this point in the season, there was a sense that if they could put together the performance they’ve shown flashes of for four quarters, the Vipers would be successful. That’s just what this unit did against the Defenders. D.C. quarterbacks completed under 50% of their passes for less than 100 yards. Recent trade acquisition Trey Caldwell was active over Jalen Collins, who was released earlier this week. Coverage was sticky on the receivers all game. Micah Hannemann came over the top to bat away a 3rd-and-15 play in the second. Tarvarus McFadden had a huge takeaway, intercepting a pass three plays after Tampa had given it away with an interception of their own. McFadden did not allow a completion on five targets. Anthoula Kelly led the team with six tackles and a pass defensed.

ST: B+: Despite not starting on defense, Obum Gwacham made his presence felt on the very first play, making the tackle on the opening kickoff. He had one other on special teams and also blocked a field goal to keep momentum on the side of the Vipers halfway through the second quarter. Ryan Davis and Reece Horn again rotated in at punt returner. The first punt by Jake Schum came with just 4:22 left in the game, and he made it count: a 51-yarder that landed inside the 20. The grade was knocked out of the “A” range because of a missed 31-yard field goal by Andrew Franks early in the second half when D.C. still had life, and two penalties on punt returns.

Recap: The Vipers see some light at the end of the tunnel
XFL Week 5 Power Rankings