Tampa Bay gets a taste of fan favorite Quinton Flowers

Quinton Flowers, a dynamic running quarterback went 4 for 6 with 51 yards passing and 29 yards rushing with 1 TD. 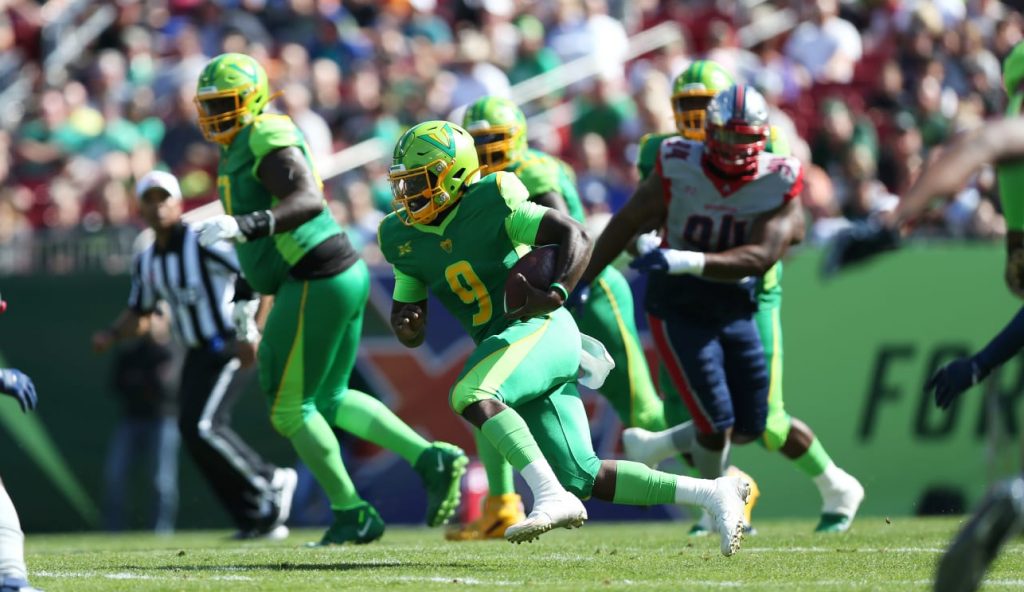 As #9 jogs onto the field with 3:30 left in the 1st quarter of week three’s XFL match-up of the Houston Roughnecks vs Tampa Bay Vipers, the Raymond James Stadium crowd erupted into applause. There’s no question that the Vipers fans want the ex-Miami Jackson Senior High graduate and ex-USF graduate to be taking the snaps as starting quarterback. Quinton Flowers, a 5th round pick by the Tampa Bay Vipers in the XFL Draft, has no doubt become a fan favorite.

Quinton Flowers, a dynamic running quarterback went 4 for 6 with 51 yards passing and 29 yards rushing with 1 TD. Flowers left nothing behind as he ran a QB keeper into the Vipers endzone and slams his helmet on the ground in celebration for the first-ever rushing and offensive touchdown for the Vipers organization.

It’s hard to say if Flowers has earned the starting spot over Taylor Cornelius while Aaron Murray is sidelined with a foot injury. But has Flowers had enough snaps to prove himself yet? Tampa Bay’s fan base has let head coach Marc Trestman know how they feel, as the Florida native is sidelined for most of the second half of the game. Its no question that Tampa wants Flowers in at QB and Trestman out as a head coach.

We look to see what the Vipers head coach Marc Trestman does next week as they invite the DC Defenders to Raymond James Stadium next week on March 1.