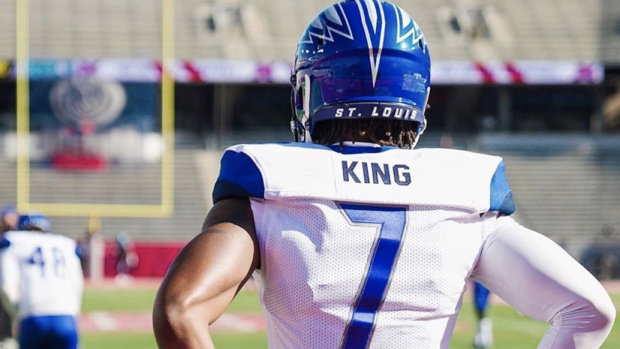 Pittsburgh fans are asking for XFL St. Louis BattleHawks punter Marquette King to be signed on to the Steelers.

The Steelers signed the 38-year-old Colquitt at the beginning of the season, ending his 15-year run with the Kansas City Chiefs. He hasn’t been good, netting an NFL-worst 37.1 yards per punt. Head Coach Mike Tomlin this week told media that Colquitt’s performance isn’t “up to snuff,” signaling that a change is coming.

This sparked hundreds – maybe thousands – of black and yellow faithful turning to the Twitterverse to make their pick.

“The #Steelers have a problem at punter,” tweeted Steeler Standard among the push. “There is someone out there who can fix that problem. I’ve said it once and I’ll continue to say it. Marquette King is that guy. Pittsburgh, make the move!”

However, the calls may go unheeded. It was reported Tuesday that the Steelers could bring back Jordan Berry, who served as Pittsburgh’s punter from 2015 to 2019.

That was with an XFL ball King said was more challenging for a kicker to center up than an NFL.

“It’s definitely a different ball to hit compared to an NFL ball,” he said in March. “I’m noticing, kicking them side-by-side, the XFL balls don’t travel the same. They don’t go as far, they don’t go as high. It has a smaller core, so there’s little room for error.”

In the past, other XFL kickers have remarked on the challenges of kicking XFL balls.

Whether King gets a call from the Steelers, or he remains watching from home, the former Raiders favorite reached out to thank Steeler fans, tweeting with black and yellow hearts, “S/O to all y’all Steeler fans showing me all this love. I’m super thankful for the support and I trust God and know something is going to shake somewhere very soon.”

XFL 3.0 has begun discussions with St. Louis facilities
The future of sports TV rights fees, and how it could affect the XFL