St. Louis BattleHawks Season Preview: A Chip to the Ship

Mark your calendar for this Sunday at 4pm CT. That’s when the new hometown St. Louis BattleHawks take the field for the first time against the Dallas Renegades in Dallas. 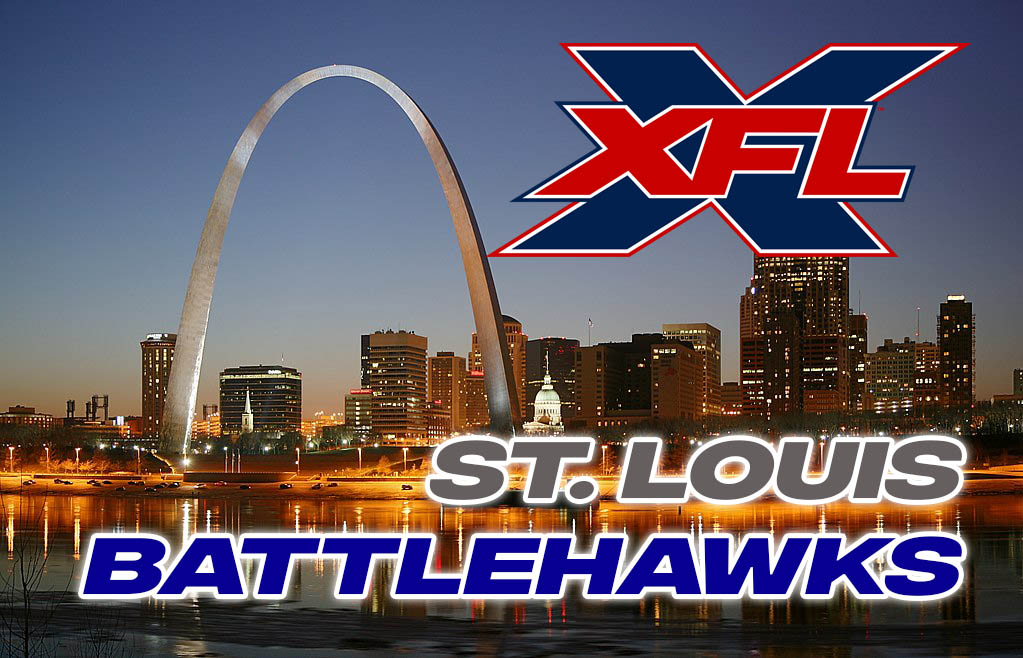 2015 saw a prominent sports staple stripped away from the city of St. Louis. With the final victorious snap against the NFL’s Tampa Bay Buccaneers, the St. Louis Rams said their final goodbye to the city due to their departure to Los Angeles. Less than five years later, football is back in The Gateway to the West. The XFL is here.

Mark your calendar for this Sunday at 4pm CT. That’s when the new hometown St. Louis BattleHawks take the field for the first time against the Dallas Renegades in Dallas.

The XFL is set to bring action packed fan inclusive professional football to 10 cities across the county. At its core, this is football but with a few common sense modifications fans want to see. Kickoffs are expected to have more excitement with added safety, PATs can be worth 1, 2, or 3 points, continuous clock outside of the 2-minute warning, and, say it with me, no more ties. For a full review of new rules check out the XFL’s rule page.

Taking the reins of the team to start the inaugural campaign is duel Head Coach and GM Jonathan Hayes. Hayes himself is a former NFL tight end of 10+ years and a college and NFL coach for almost 20 years. Coach Hayes has a clean slate to bring power house football back to St. Louis.

Offensive coordinate Chuck Long looks to help is guys find the end zone plenty of times this season. BattleHawks named Jordan Ta’amu their starting quarterback. Ta’amu is an electrifying QB who ascended through the ranks of college football, transferring to Mississippi part way through his college career he took this new talent head on, he was second amongst SEC QBs in 2018 with close to 4,000 passing yards. Ta’amu is a true rookie to professional football. As a key piece to the BattleHawks offense, look for this rising star at the center of your BattleHawks drives. Keeping the pressure on Ta’amu is former NFL Panthers QB Taylor Heinicke, his time in professional football brings experience to the QB conversation and added protection at the most valuable position.

There is little known about what the depth chart looks like on both sides of the ball but the BattleHawks have some exciting talent to watch out for this season. Christine Michael at running back is an exciting name to watch. With over five years of NFL experience and a Super Bowl ring with the Seahawks, Michael has seen firsthand what winning culture at the highest level is like. Look for Michael to share the backfield with the likes of Lenard Tillery, Matt Jones, and Keith Ford.

Coach Hayes comes from a background as a tight end specialist in his playing and NFL coaching days. Watch for how the BattleHawks incorporate and value their tight ends. Cole Hunt and Wes Saxton look to provide a balance of receiving and blocking. Hunt may have an early edge for initial reps and it will be good news for the offense if Saxton can pick up where his productive college career left off. Watch for 2-tight end sets to leverage the strength and size of these two BattleHawks.

Brother of HC Jonathan Hayes, Jay Hayes, will lead efforts as the defensive coordinator. Names to watch on the defensive front are the likes of Andrew Ankrah, a former CFS All-American piled up 8.5 sacks his senior year. Ankrahs power will be joined by Gimel President who spent time with the Titans and took down QBs 10.5 times over his college career. Linebacker Terence Garvin played in almost every game during his five year NFL career bring a strong presence to the left side of the defense.

Roaming the backfield cornerback D’Monte Wade looks to shine. The former FCS All-American racked up 10 picks in college and shined in training camp for the Chiefs in 2018, look for him on the outside. Over the top Will Hill brings four years of NFL experience as a starter for the Giants and Ravens. Hill had a knack for finding the end zone with two pick-6’s and a growing ability to pressure the QB.

XFL rules make punting less advantageous, place punts within the 35 yard line cannot go out of bounds otherwise the ball in placed at the 35. The BattleHawks weapon in the punt game is All-Pro punter Marquette King poised to pin opponents and set the defense up for big stands.

The guys suiting up every week this season for the BattleHawks are all out to prove something. Whether it be college programs that passed them up or NFL teams that didn’t give them a chance to shine, this is a group of professional talented football players ready to put on a show. The love of the game is why the XFL is here, showing the world their talent is why your navy and grey BattleHawks put their jerseys on week in and week out. Just this week, CBS ranks them last in projected wins at 3.5. It’s one more voice telling these guys they’re at the bottom. But not any more.

They’re here for you, St. Louis. They’re here to bring the excitement of professional football back to this city. It’s time for the narrative to change around this ‘not being a football town’.

Enough is enough for the city and this team. 2020 is the year to show the XFL and America what this team and city are about. And hey, in 12 weeks this hometown team could be raising the championship trophy showing all the non-believers what this is all about.