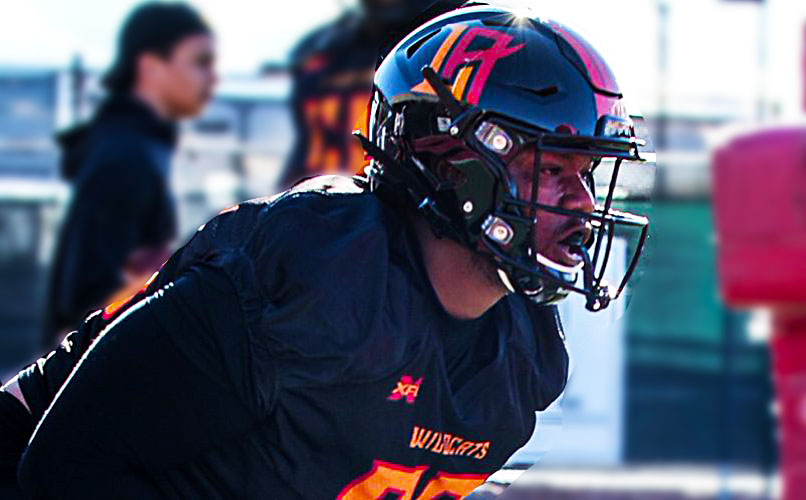 One of the most inspirational stories in all of football is linebacker Jerimiah Spicer who was selected in the 2019 XFL Draft. He was with the Los Angeles Wildcats during camp then most recently he played with the Aviators in The Spring League in November.

Spicer looked good during his time in The Spring League, anywhere the ball was is where he was. It also looks like he gained quite a bit of speed making him even more dangerous of a player.

I'm a lockdown linebacker I locked they ass down all night where my @nfl @cfl contract shit pic.twitter.com/Ncv56PegeL

During his time there he tested his talents against some high-level Division I talent along with former NFL players. Spicer looked good against the touted competition and made his name known even more to everyone. Spicer never stops until the whistle blows, he is one of the players that will play whistle to whistle and never give up, how some players after the catch or run gets past them, just give up. That is the total opposite of Spicer, he plays physically and aggressively which is awesome.

Spicer played majority linebacker but after his XFL time, he started to add a little bit of defensive end to his repertoire to become even more versatile and add another talent to himself. He is big enough, fast enough, and strong enough to play both positions and play them well

Signing to the Wranglers

The former Wildcat signed to the Northern Arizona Wildcats of the Indoor Football League a few weeks back. The IFL is the premier indoor or arena football league currently. A player that XFL fans should know is the Seattle Dragons kicker, Ernesto Lacayo who will kick for the Arizona Rattlers this spring.

This will be the Wranglers’ inaugural season which will be cool for Spicer to be one of the first players ever to wear the jersey and represent the team well.

“It was sick, the head coach is Native American and my family and I are American Indians so we clicked off the bat,” Spicer shared. “Then Marcus Adams, who is the defensive line coach loves me, he dominated the CFL and he believes I can too.”

That is a pretty cool correlation when you can resonate with a team like that, it really gives you something to play for and to have pride in each and every snap.

“Marshawn Lynch’s little brother he is super cool and all the quarterbacks I need all of their heads on my spear,” Spicer said.

The player that Spicer is referring to is Davonte Sapp-Lynch, who had some brief NFL time and now is one of the best players in the IFL.

Spicer is staying hungry every day to compete at his best level and make an impact on the field. A quick stat to keep in mind is in 2018 when Spicer played in the American Arena League, he tallied 147 tackles in just one season. In 2018, he was just a rookie and still learning, Spicer should be making a major impact in the IFL season.

“Studied Arizona Rattlers, Sioux Falls Storm and Spokane Shock,” Spicer said.  “I’m not really worried about other teams I just focus on the champs and how to beat them.”

Watching the best to beat the best is a great mindset to have. Spicer knows that he can play with the best and have faith in this craft to execute each and every play that he is on the field. The Rattlers are on the IFL teams that are the most touted they have been around for two decades and always have been the team to beat. Before COVID, the Rattlers were known to fill the entire arena just about every single game.

Flying into the FCF

The former XFL linebacker will be taking part in the new start-up league, Fan Controlled Football. The rosters will change every week, which is different, but one player in that league will be the former 2014 first pick in the NFL Draft, Johnny Manziel.

“When I get done with Manziel I am gonna need his college trophy cause I’m the real best,” Spicer said. “I just didn’t get my opportunity cause how I grew up, I should’ve had the Dick Butkus Award.”

You have to love Spicer’s the energy and passion for this game. He truly embodies what it means to be an XFL player, playing with heart and passion and just staying hungry. Spicer knows he is the best, he just did not have the same amenities as all of these first-round draft picks but he doesn’t let it stop him, in fact, he lets it motivated him, every single day.

During his FCF season, Spicer said he intends to, “Get first-team all-league and lead the league in tackles, be the best me and use it to get to the XFL, NFL or CFL.”

In the FCF, Manziel is the player most football fans have heard of and will watch for. When Spicer plays against him and has a big game, surely tons of fans will see it and put his name on their board of players to watch.

Looking at the future

Spicer plans to use the FCF and IFL to get back to where he wants to play. After his leagues this spring, Spicer said, “I am planning on going to the XFL, CFL, or NFL.”

During his IFL season, he plans to dominate as usual, and become one of the most feared players in the entire league. He has set some high goals this season such as, “Get first-team all-league and lead the league in tackles.”

The Indoor Football League should be a league that XFL fans tune into this spring. There are former XFL players like Spicer and Lacayo but also surely some of these players will try out for the XFL when they get the opportunity.