The Vipers had a long flight to think about how and why they left the City of Angels with a 1-4 record instead of 2-3 with a chance to reach .500 at home this Saturday. 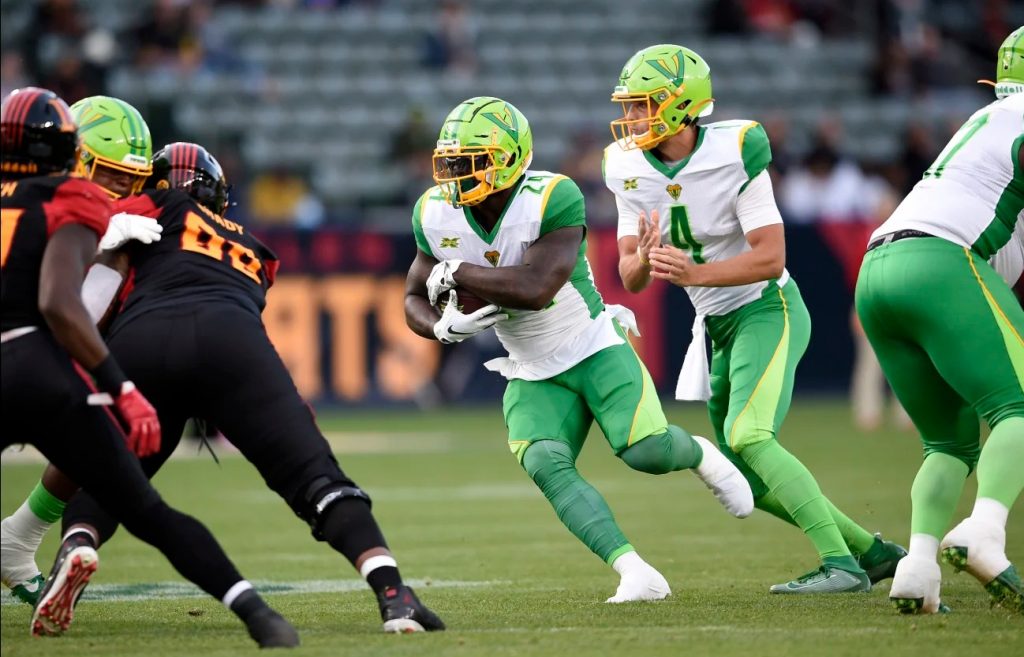 The Tampa Bay Vipers had a long, cross-country flight back to the east coast to think about how and why they left the City of Angels with a 1-4 record instead of 2-3 with a chance to reach .500 at home this Saturday.

Not only are the Vipers now in sole possession of last place in the XFL East division after their 41-34 loss to the Los Angeles Wildcats on Sunday night at Dignity Health Sports Park, but they’re two games behind the other three teams with just five games remaining in the regular season.

“We worked our tails off, but the fact of the matter is we’re a 1-4 football team,” said Vipers head coach Marc Trestman after the game. Both the Wildcats and Vipers came into the game at 1-3, and both were sorely in need of a victory to keep their playoff hopes alive. Trestman referred to this game as a “gotta-have-it-win” for the two squads.

Despite the long trip, it was the Vipers who jumped out to quick lead. Robert Priester intercepted Wildcats quarterback Josh Johnson on the first play of the game, leading to an Andrew Franks field goal to open the scoring. Following a Wildcats punt, the Vipers offense put together a 65-yard drive capped off by a Jacques Patrick one-yard touchdown run. He followed that with a successful one-point conversion.

“Was really proud of our guys the way we started; coming out here from the east coast and being able to start fast was big for us,” said Trestman.  Defensive tackle Shane Bowman, active due to an injury that sidelined Ricky Walker for this game, recovered an errant snap in Wildcats territory on the next Los Angeles drive. Eight plays later, quarterback Taylor Cornelius scored on a two-yard touchdown run. De’Veon Smith converted the conversion to put the Vipers on top 17-0 in dominating fashion.

After the Wildcats got on the board to break the shutout, Emmanuel Beal recovered a fumbled punt at the L.A. 27-yard line. Cornelius found Jalen Tolliver for a 16-yard score to stretch the lead to 24-6 with 6:28 to go in the first half. That would be as good as it would get for the Vipers.

The Wildcats would score twice before the half, making it 24-20 at the break. Tampa Bay’s offense stalled for a long period, due in part to the absence of Patrick, who had suffered an injury in the first half and did not return. The normally reliable two-headed monster at running back was not as effective when De’Veon Smith was forced to carry the load himself. “We pounded the run pretty good tonight, but we didn’t get significant yardage or bigger runs after the first or second drive,” said Trestman of the team’s run game.

Los Angeles took its first lead, one it would not relinquish, when Josh Johnson tossed one of his four TD passes on the evening, to Tre McBride with 1:42 remaining in the third quarter. “He’s just such an experienced quarterback and he’s getting better every week,” said Trestman of Johnson.

Three fourth quarter turnovers doomed Tampa Bay’s comeback prospects. On the first play of the final stanza, Cornelius was intercepted by Reggie Howard, and the big man rumbled his way to the Tampa 17-yard line. With a short field in which to operate, Johnson found Saeed Blacknall for a touchdown, extending the L.A. lead to 33-24.

An Andrew Franks field goal closed the gap to 33-27. After the Vipers defense got a stop, Cornelius was sacked deep in his own territory by Cedric Reed, allowing Boogie Roberts to pick up the ball and run 23 yards for a touchdown. Needing a touchdown and a two-point conversion to tie late in the game, and with the ball at the L.A. seven yard-line with 37 seconds left, Cornelius and TE DeAndre Goolsby were not on the same page, resulting in a Jack Tocho interception in the end zone to close it out. “We have a bunch of fighters, and they learned how to fight tonight,” said Wildcats head coach Winston Moss.

The 18-point deficit marked the largest comeback in the XFL this year, and the 41 points makes L.A. the first team to break the 40-point barrier. These numbers were hung on a Tampa defense that came into play this weekend as the number one defense in the league.

The St. Louis BattleHawks, tied for first in the East and coming off a loss to the D.C. Defenders last weekend, will travel to Tampa to face the Vipers. The game will be at 5pm EST on Saturday, broadcast on FS2.