Jackson Conner recently had a conversation with Oakman, and asked him about his past, present and future football career. 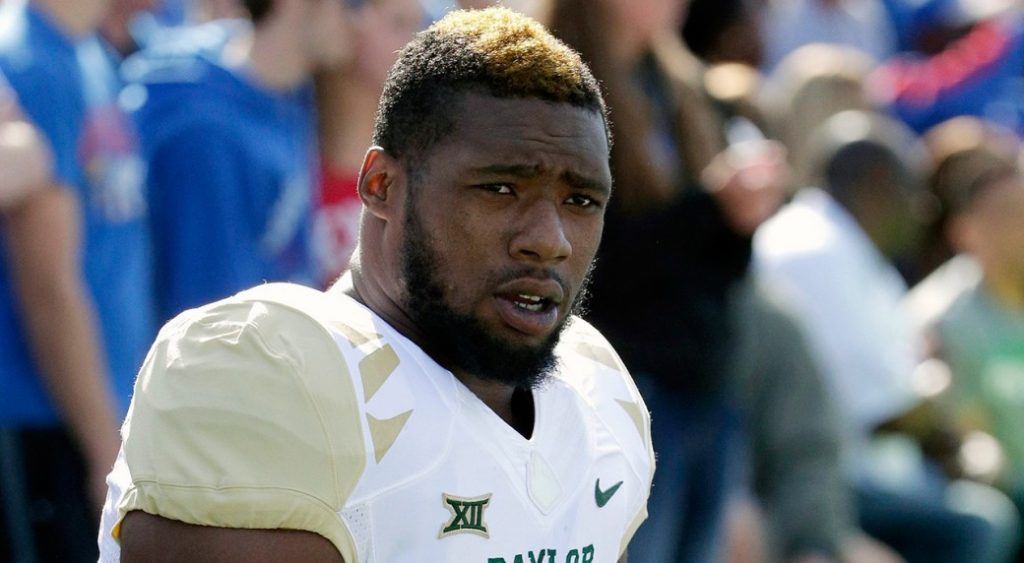 Recently, in an XFLBoard.com article, Mike Mitchell wrote that Former Baylor DL Shawn Oakman was a player we would like to see in the XFL. Afterward, XFL fans heard that Oakman had, in fact, accepted an XFL draft invite. This immediately made him one of the biggest names to be been invited to play in the league.

Since XFLBoard.com and its followers are excited about the possibility of Shawn Oakman joining the XFL, Jackson Conner recently had a conversation with Oakman, to get to know him a little better, and ask about his past, present and future football career.

Q. Who contacted you first for your XFL draft invite and when did they contact you?

A. Oliver Luck sent the invitation and it was around mid-to-late August.

Q. Had you been considering the XFL before anyone contacted you?

A. I was considering it for sure, it was definitely an option that was on the table. Any way I could get my foot back in the game I was going to take it. As you know me playing Arena, I have just been trying to keep my name relevant.

Q. What factors played into your decision to accept the XFL draft invite?

Q. What does a normal day look like for you as you train for the XFL?

Q. How have your experiences with other pro leagues (Arena) been and what did you learn from those?

A. Its been a good experience just to get back in the feel of things, being out there with the guys and feeling that locker room comradery. It also gave me a refresher that this is a business, in all aspects of the game, from the smaller leagues to the bigger leagues it is a business and you have to approach it as such.

Q. How has your game improved since college?

A. Honestly, I don’t really know too much, because I haven’t been able to showcase my talents in a 11-on-11 setting. I’d say I’m definitely still healthy, I have not been injured. Once I am able to get on that field I can really judge how much better I got. The last 11-on-11 game I played was that Spring League game and I was the MVP of that. It’s definitely a steady preparation every day to keep my body ready. Once you got some pads on the game is going to come natural, it’s like riding a bike. The same thing I have been playing my whole life and I have been pretty good at it.

Q. What is your favorite Shawn Oakman coin flip meme and how did that one viral meme affect your life.

A. For me, the “tuition” one or the “daddy” one was my favorite. It definitely had a huge effect on my life, I was nationally known for that picture so it gave me a platform to really express myself (shoutout to the Cowboys stadium and their huge jumbotron television). I would say it was also both good and bad, just for the simple fact of going through the trial and people perceiving you a certain type of way.

Q. Who is one person that has motivated you throughout your football career and just life in general?

A. I would definitely say my immediate family. Football has the ability to change generations of lives and coaches always ask what is your “why”, why do you play. My ‘why’ has always been my family, to give them a better life than the ones they have ever had or been able to experience.

Q. As a projected 1st round pick, why did you stay another year in college and how do you think your life would’ve changed if you came out a year earlier?

A. Well you know they say God never makes mistakes so I stayed for a bigger purpose. I did not stay for myself, I did not stay for anyone else but the people that needed me to stay and that was teammates and my family. I’m the first boy out of my immediate family to earn a college degree and so for me having my college degree that changes my perspective of the next generation that is coming under me and my siblings. It is no longer an impossible task, now it is a requirement and a goal that we need to focus on. It’s not something we just want to do or can’t do, it is a must. In terms of how my life would have changed, I’m not really sure. I think I would have been in the NFL right now but that is the only thing I think would be different.

Q. Is the NFL the final goal?

A. Yes, the NFL is the primary goal. Just to have that stamp to say that I did make it after all my trials and tribulations would be great.

XFLBoard.com would like to wish Shawn Oakman a good future in the XFL and thank him for joining Jackson Conner and answering these questions.

Running Back Nico Evans sees opportunity in the XFL
The case for officiating controversy – but at what cost?