Sergio Castillo provides the only Jets scoring in another loss 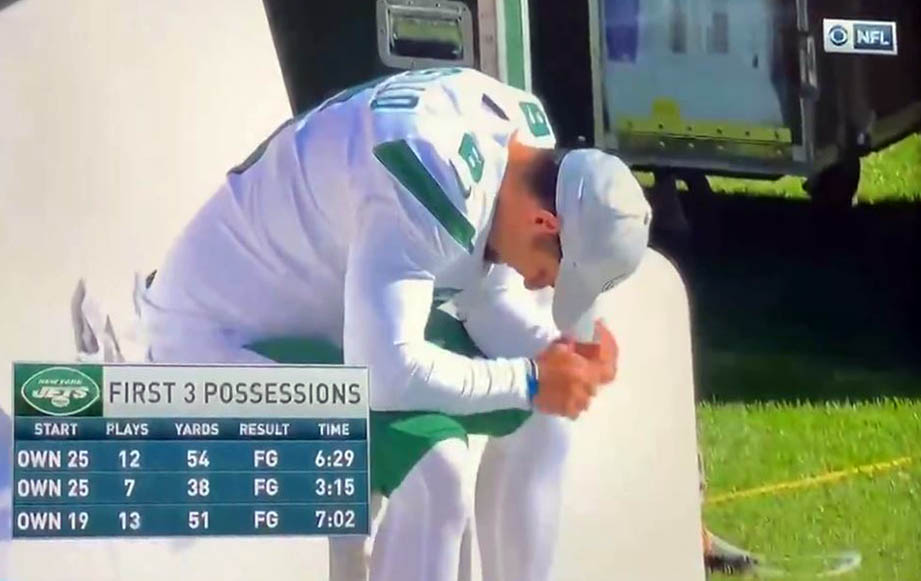 In another loss, this time 35-9 courtesy of the Kansas City Chiefs (7-1) at Arrowhead Stadium, the New York Jets’ (0-8) one bright spot was in their new kicker, former XFL Houston Roughnecks Sergio Castillo.

Castillo scored 9 points on field goals, as he went 3-4, connecting from 39, 55 and 48 yards. Unfortunately, Castillo’s fourth attempt saw the Chiefs’ safety Amani Watts come through untouched and block the try.

Castillo was 3-4 on field goals for the Jets. His fourth attempt was blocked. https://t.co/lOxBYliCfv

This was Castillo’s second game as a Jet, and he is sporting an overall record of 4-5 on field goals for the team.

Castillo’s opportunity came as the Jets regular kicker, Sam Ficken, had been sidelined with a groin injury.

Castillo played college ball for the West Texas A&M Buffaloes from 2010 to 2013, signing as an undrafted free agent by the Atlanta Falcons in 2014. He played in the Falcon’s first preseason game, made both of his field goal attempts, and averaged 66 yards on two kickoffs. But, he was unable to climb the depth chart above the incumbent kicker Matt Bryant, and released prior to the regular season.

After stellar kicking seasons in the CFL, and more recently with the 2020 XFL Houston Roughnecks, Castillo has earned his opportunity on an NFL roster.

Castillo’s points amounted to the all the scoring the hapless Jets could muster on a day where they were pitted against one of the NFL’s top teams.