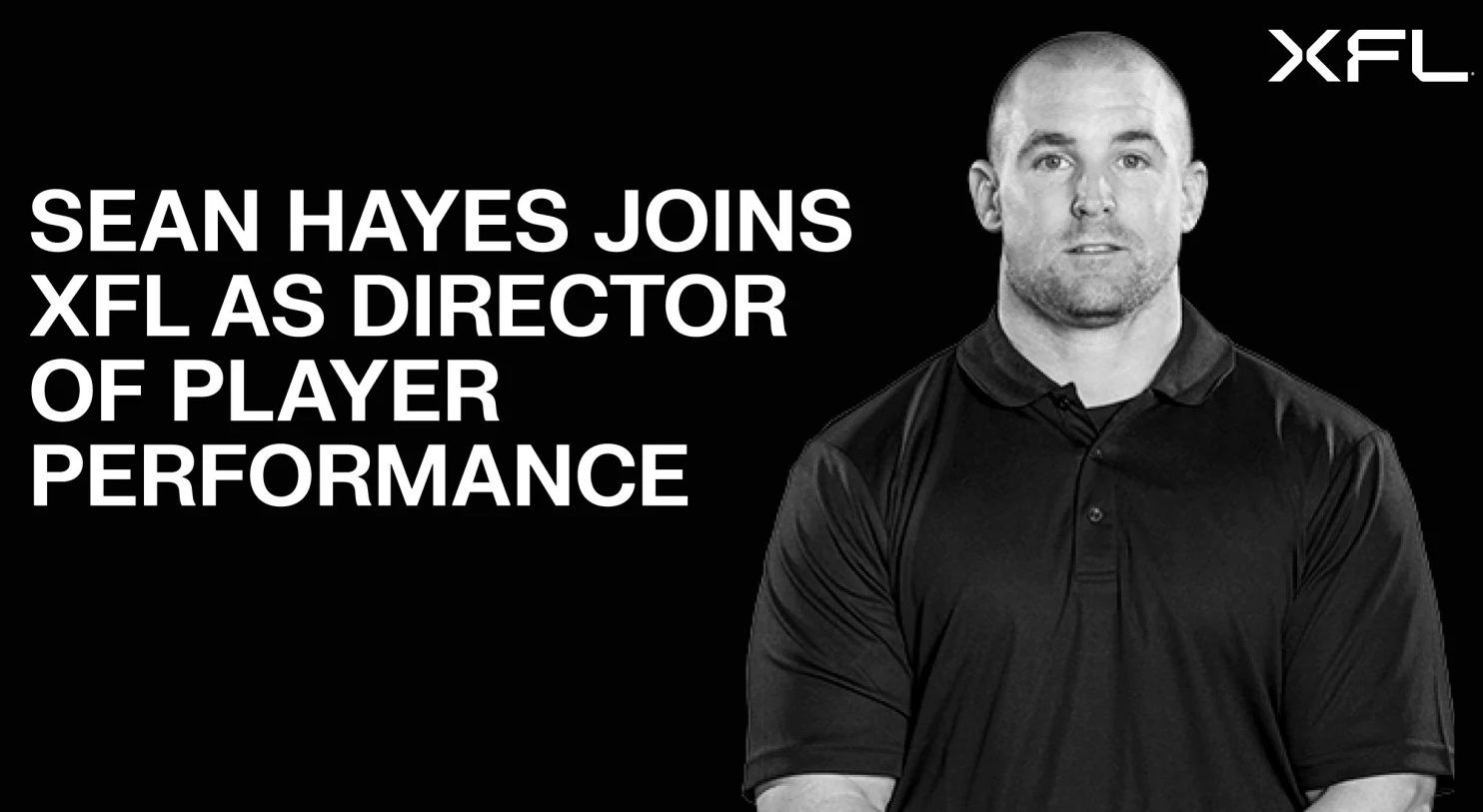 NEW YORK – August 10, 2022 – The XFL today announced that Sean Hayes has joined the League as Director of Player Performance. Hayes will oversee player strength and conditioning programs and athletic development, utilizing the XFL’s Hub in Arlington as a centralized training facility. He will report to Marc Ross, Executive Vice President, Football Operations.

“Sean has a very impressive track record coaching elite athletes, working within the Houston Texans organization, and most recently, leading the WWE’s strength and conditioning program,” said Russ Brandon, President of the XFL. “To build a unique football ecosystem for our players, we will surround them with the best trainers, coaches, and resources to support them and allow them to grow as professional athletes. Sean’s meticulous and individualized coaching style will be an essential component of our holistic player development strategy, and we are thrilled to have him as part of our League.”

In this role, Hayes will be responsible for all aspects of the League’s Player Performance and Development Program, including working with head coaches and staff to build training programs that will support and optimize player advancement. Hayes will oversee the full-time, on-site support from coaches and athletic training staff available to players, centralized training facilities, and local practice facilities.

“His passion for player performance, health, and safety, combined with his love of the sport, makes Sean an ideal fit for our League. His deep understanding of the game and what it takes to stay healthy while continually improving will be extremely beneficial to our players and help us advance the game of football,” added Marc Ross, Executive Vice President, Football Operations.

Hayes joins the XFL with over ten years of experience as a strength and conditioning coach. Most recently, Hayes spent six years as the Director of Strength and Conditioning for WWE, where he built the first-ever comprehensive training program for WWE & NXT athletes. During his tenure, Hayes oversaw all strength and conditioning activities for more than 140 athletes under the NXT organization in both the U.S. and U.K. Prior to the WWE, Hayes spent four years with the Houston Texans, working with All-Pro players and helping the team win the AFC South in 2015. Hayes also has strength and conditioning coaching experience with the Penn State Football Team, Penn State Women’s Lacrosse, and Jacksonville University Football Team. He is a Certified Strength and Conditioning Specialist (CSCS) and a Certified Physical Preparation Specialist (CPPS). Hayes earned a bachelor’s degree in economics from Harvard University, where he was an All-Ivy League linebacker for the Harvard Crimson.