Scouting The Spring League: Five players who could find their way onto XFL rosters in 2021

Five Spring League players who could have a future in the XFL in 2021 and beyond. 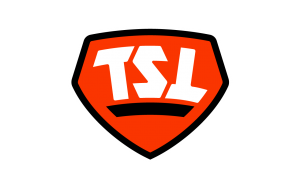 Before the entire sports world shut down in mid-March, The Spring League completed their developmental football season in Las Vegas. Last year, the XFL partnered with the TSL to test potential rules and host the Summer Showcases. Players were able to perform for XFL coaches and scouts during this time.

More than 25 TSL alumni were in XFL camps this winter, and many more were included in October’s draft pool. In order to keep the quality of play at a high level, the XFL will turn over every stone in their effort to find the best players available.

With that in mind, here are a few prospects who stood out to me in researching TSL talent from the latest season. I combed through the entire player list to identify five who could have a future in the XFL in 2021 and beyond. Full rosters can be found here:

Check out the final rosters for #TheSpringLeague Las Vegas.

C Deveric Gallington, Texas Tech: Standing 6’3” and weighing 335 pounds, Gallington has the requisite size to be a force on the offensive line. He’s used to playing in an up-tempo offense at Texas Tech, which should ease his transition to the XFL’s 25-second play clock. He also played in the Air Raid system there under Mike Leach and Tommy Tuberville, a system that has found its way to the XFL thanks to the influence of Dallas assistant coach Hal Mumme. Gallington was a 2013 undrafted free agent of the Arizona Cardinals, but failed to break camp with the team. He also played in the AFL. A steady presence on the Red Raiders’ line, Gallington made an impressive 38 consecutive starts at right guard and center.

LB Aamir Petrose, Wesley: I wanted to choose five players who seemed to be off the XFL’s radar, but I cheated a little with Petrose. He was in the league’s supplemental draft pool in November but was not chosen. His production warrants another look, however. As a defensive end in college, Petrose accumulated 13 sacks and 26.5 tackles for loss as a senior. He stuffed the stat sheet with three forced fumbles, two fumble recoveries and 13 pass break-ups in 14 games. It is said that when you play at a lower level collegiately, you need to dominate to have a chance to survive in the upper ranks of pro football. Petrose did just that. Post-college, he had a CFL tryout and played in the Alliance of American Football.

OT Jeremiah Poutasi, Utah: It can be difficult to find quality offensive linemen for alternative football leagues. Poutasi stands out because of his NFL regular season experience (12 games), something afforded only a few TSL players. Still relatively young at 25, Poutasi needs to show the mobility to handle edge rushers while carrying 340 pounds on his 6’4” frame. He may be a candidate to kick inside to guard, where he does have some familiarity. Poutasi was a 3rd round pick of the Tennessee Titans in 2015. He was with the Cardinals as recently as this past season, and also dabbled in the AAF.

DT Khalil Sommerville, Buffalo State: From Division III Liberty League comes all 6’1”, 295 pounds of Sommerville. After a mini-camp tryout with the hometown Buffalo Bills in 2018, Sommerville plied his trade with the Salt Lake Stallions in the AAF. Despite playing inside on the defensive line, Sommerville was able to notch 125 tackles, 32 for loss, and 12 sacks in 31 collegiate games. Four tackles per game for an interior defensive lineman catches your eye no matter what the level or scheme you play in. His size gives him versatility to play end in a 3-4 or tackle in a 4-3.

RB Lavance Taylor, Central Missouri: At 27 years old, Taylor could be coming into his prime as a runner. He spent a short time with the Kansas City Chiefs, signing as an undrafted free agent in 2015. He also had a brief stint with Ottawa in the CFL. His college numbers are eye-popping: Taylor averaged 7.8 yards per carry on 245 rushes as a senior, including 15 rushing touchdowns. He also caught a total of 66 passes in his final two collegiate seasons. His pass-catching ability could come in handy in the XFL, where that is an integral part of many offenses in the league.