Scott Daly considers his pro football career to be a journey

Scott Daly, a long snapper currently on the roster of the New York Guardians, considers the path he took to the XFL as a “journey.” 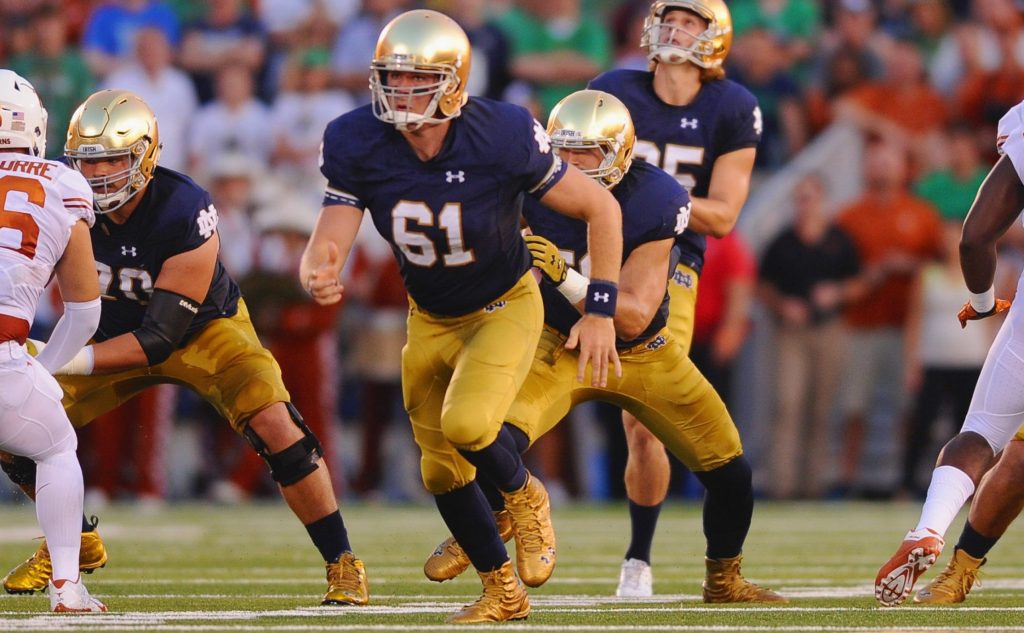 Scott Daly, a long snapper currently on the roster of the New York Guardians, considers the path he took to the XFL as a “journey.”

After all, he went from playing high school football in Downer’s Grove, Illinois, to four years with the Notre Dame Fighting Irish, to the Dallas Cowboys, then onto two brand new franchises in new leagues, the San Antonio Commanders (AAF) and the New York Guardians (XFL).

It isn’t an unusual path, but twice being a member of a new team in a new league? In fact, it is quite remarkable, however Scott points out that there are quite a few players who are travelling the same path.

“I think it’s definitely very unique for a lot of guys and I’m just very, very grateful,” Daly pointed out. “It’s definitely not the path that I expected to go down when I started off with my professional career. But it’s definitely been a tremendous experience.”

Daly also sees his time with the AAF in San Antonio as a positive. “I was very lucky to be with the organization in San Antonio. We had a great coaching staff, great team, and it was just an awesome experience.”

It should be noted that some of the same great coaches and players are now present in the locker room of the New York Guardians.

I DARE you to find a better story on a long snapper! Like ever.

Scott Daly never missed a snap all four years at @NDFootball. Now, he looks to become a key factor to the Commanders special teams in @TheAAF.

Scott’s journey as a long snapper specialist began when he was in grade five.

“I was really the only kid that really could throw the ball back there, halfway decently,” he explained. “I didn’t think much of it. I just kind of did that throughout my football playing career.”

However, it was in his sophomore year of high school that his specialty as a long snapper became more serious.

“My sophomore head football coach, Mark Wiggins, who was actually a kicker at Illinois state, kind of had an eye for a specialist… He kind of pulled me aside at practice one day and said, ‘Hey, if you take this seriously, you could definitely snap in college.'”

Afterward, Scott was hooked up with Chris Rubio, of “Rubio Long Snapping,” and his skills were soon honed to the point that he was ranked as the #4 long snapper for his class in the entire country.

Since then, it has been Scott Daly’s specialty skill as a long snapper that paved his way to the XFL, a league he first heard of when he was preparing to play in the AAF.

“I heard rumblings about it actually when I was preparing for the AAF last year,” Scott said. “I had heard news about Vince McMahon giving his big press conference and talking about the reemergence of the league and thought it was very interesting.”

“Once the AAF folded, I started to hear more about it as time went on, and then was notified from Eric Elko that I got an invite to the St. Louis showcase in July.”

Daly’s showcase performance led to an invite to the XFL draft in October, which led to him being picked by the New York Guardians.

More recently, Daly has been to the Guardians inaugural minicamp, and is now looking forward to a more intense and focused training camp which will take place in Houston in January.

“We’re definitely going to start putting the pads on and we’ll be able to go up against different teams,” Scott explained. “Definitely having all the teams there is very similar to what happened in the AAF.”

“Right now, my path, my journey, is here and I’m just enjoying it,” Scott said. “Just trying to put my best foot forward and be able to put the best film out there to show that I’m one of the best. And hopefully, we’ll be able to take that next step to the NFL.”

All the best Scott.  We will be watching.

.@sdaly61’s hidden talents are now on our Tik Tok page👀

The entire interview with Scott Daly may be found in our podcast: XFL Xtra Episode 16-2019 – The Ins and the Outs – Cole Tracy, Scott Daly and Jerimiah Spicer