In what was definitely the “Game of the Week”, the Roughnecks out dueled the BattleHawks to remain perfect on the season. 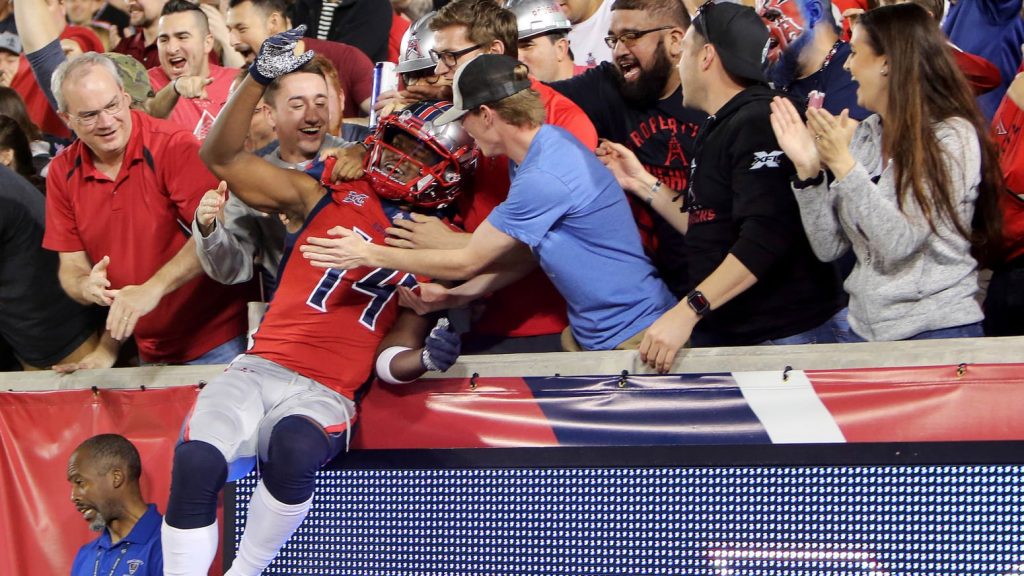 In what was definitely the “Game of the Week” and arguably the “Game of the Year” thus far, in the battle between the Houston Roughnecks and the St. Louis BattleHawks, the Roughnecks out dueled the BattleHawks to remain perfect on the season. Only the Roughnecks and the Defenders remain undefeated this season at 2-0. But while DC had an easy time handling the New York Guardians with a 27-0 victory, Sunday night was a back and forth battle for all four quarters. The Roughnecks and BattleHawks proved last night that they are both contenders for the Championship, and they will both be a force to be reckoned with as the season progresses. It was a game with crazy plays, some that withstood, some that didn’t, and there was excitement throughout the game. So let’s break it down and analyze what happened.

First off, we have to talk about the best QB to WR duo in the league. PJ Walker and Cam Phillips were outstanding once again with 3 touchdowns for the dynamic duo through the air. Their chemistry seems to get better by the week, and I don’t see a team that can slow them down anytime soon. PJ Walker finished with 170 yards, on 20/31 passing, and 3 touchdowns, all of which went to his favorite target, Cam Phillips, who finished with 8 receptions for 63 yards and 3 touchdowns. These two have their timing down perfectly, and that was extremely evident when PJ channeled his inner Patrick Mahomes and threw a beautiful side arm pass that lead Phillips perfectly. They were in sync all night and that is only going to grow stronger the longer they play together. The XFL better be on alert, if they aren’t already, because this connection is the most lethal in the league.

As far as the rest of the offense goes, it was spectacular. Khalil Lewis and Nick Holley were excellent again in the passing game, and James Butler and PJ Walker contributed nicely on the ground. I thought June Jones called a nice balanced attack, while never forgetting what their identity is. They pretty much got what they wanted against a very good BattleHawks defense, and even when the plays broke down, they were able to make on the fly adjustments that were for positive yardage. Of course, it helps whenever you have PJ Walker under center. Much like Deshaun Watson, the play is never over when he has the ball in his hands. He avoided numerous sacks in this game, and still the most impressive thing is, he keeps his eyes down field to look to pass before he runs with the ball. De’Angelo Henderson was out this week, so expect when he gets back healthy to be utilized pretty heavily in both the running game and passing game.

But now, let’s talk about the most impressive thing for me for the second straight week, and that’s this Roughneck defense. Before the season started, I could have told you that this was going to be the best offense in the league. In fact, I think most people believed that. But the reason people were hesitant to buy into the Roughnecks as true title contenders, was because there were questions about their defense. Yes, they played well last week, but that was against Chad Kanoff, Los Angeles’ second string quarterback, and a Wildcat team that, well to put it nicely, has internal issues. So I wanted to see how this defense would do against one of the best offenses in the league, and they delivered. 2 takeaways, 3 sacks, and getting the open field tackles when they needed them most, helped seal a win against the BattleHawks. Now, in no way am I saying that this defense is elite by any means, but when you combine them with this offense, they play well enough to win you a Championship. They are very much a bend but don’t break opportunistic defense that hits hard and plays fast.

But, having said that, St. Louis was able to move the ball on them, and if it wasn’t for those takeaways, the BattleHawks might have won the game. So this team still has some work to do on the defensive side of the ball, and the middle of the field still seems to be their biggest weakness. If they can at least just limit teams in the red zone and hold them to field goals, this offense will score enough points to get the job done.

All in all, I loved what I saw from the Roughnecks in a gritty game against a good opponent, and I still believe, after this week, they are the favorites to win the West. But I think this team has bigger goals than just winning the West, and if they want to achieve those goals, the defense will still need to try and iron some things out. But the offense still looks as lethal as ever, and, at least for right now, nothing is stopping “The Firework Show”!