Quincy Redmon has been invited to the XFL draft, and he is more than ready to play pro-football 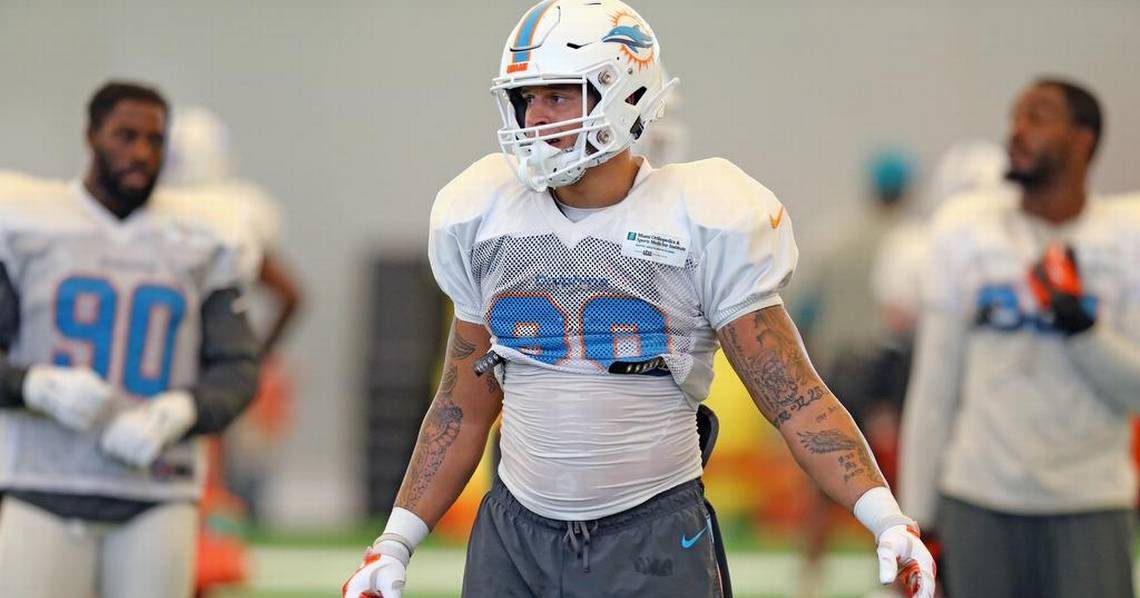 Right out of Fairmont State, and as an undrafted free agent, Defensive End Quincy Redmon was picked up by the Miami Dolphins.

For Quincy, it was a dream come true. He even got to play alongside Robert Quinn, William Hays, Charles Harris and Andre Branch, all players he looked up to as role models. However, as his first preseason ended, it was also the end for Quincy, as he was cut from the Dolphins.

Now, Quincy is no stranger to adversity. Even as a young football player, an on-field accident left him partially paralyzed.

“It was just a routine tackle,” Quincy explained. “I chased somebody down. But this time, I put my head down and it hit the ground first. When I woke up, I was up in a helicopter and I just couldn’t feel anything.”

After landing in the hospital and discovering he was partially paralyzed, a young Quincy fought through his injury.

“A year later I was playing baseball. The doctors were very shocked that I even had movement as fast as I did.”

Quincy claims it was his mother that showed him how to persevere past any hardship. After all, she raised both Quincy and his brother as a single parent. “We grew up homeless and from shelter to shelter,” Quincy said. “But she kept it together and definitely got us back on our feet. She did an incredible job raising me and my brother.”

Quincy even says he received his tenacious football skills from his mother. “She’s a grinder and a fighter, and definitely that’s where I get it from,” Quincy claimed. “Just seeing how hard she worked her whole life definitely made me want to work too. Like she’d always done,working three to four jobs to support us when we were kids. It just really showed me that hard work can get you anywhere.”

According to Quincy he is ready to bring that hard-working attitude to the XFL.

Last summer he received an invitation to the Tampa Bay Summer Showcase, and according to Quincy he went down there “on just a prayer.” Afterward, Quincy was buoyed by the fact the coaches seemed pretty happy with him. Now he is waiting to hear his name called in the upcoming draft, and then it would be time for training camp.

Is Quincy ready for all this? He is sure that he is more than ready.

When asked if he is ready to play in the XFL, which many feel (because of changes to the play clock) will probably feature a faster-paced style of football, Quincy says he is ready.

Hopefully, we will get the chance to see Quincy Redmon hit the field on an XFL squad this February.

How does the XFL plan to reimagine the football rule book?
Kalias Robertson wants the XFL to call his number