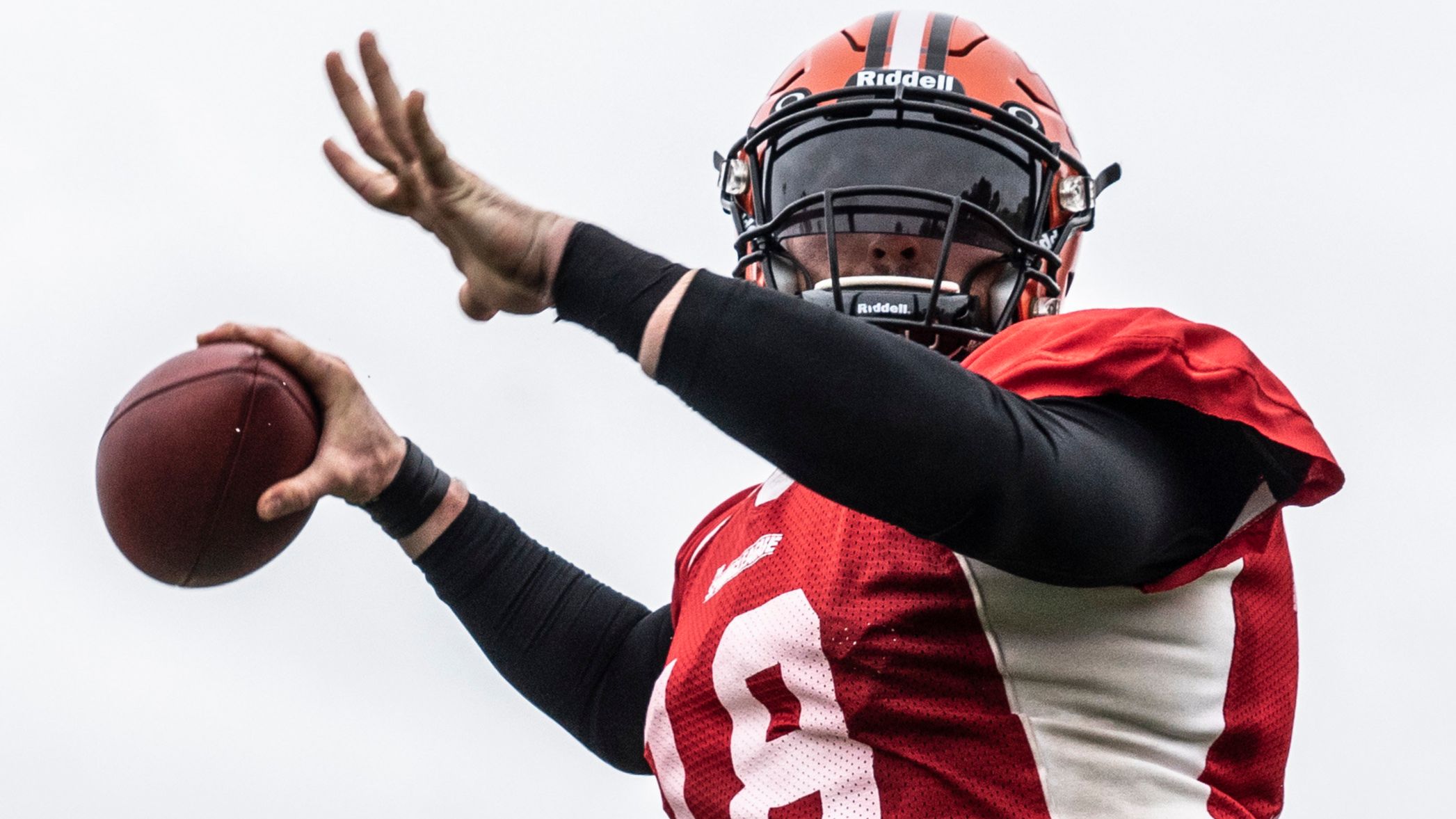 In 2020, the XFL showed off many underrated quarterbacks. Most notably was obviously the Houston Roughneck now Carolina Panther PJ Walker, who recently came off his XFL experience to start start an NFL game for the Panthers.

In time for 2022, there are many quarterbacks that could find a place in the XFL, and have an opportunity to extend their careers. Some are still rostered to NFL teams, but by the time the XFL rolls around they may not be on a team, or may even elect to chase the XFL chance as opposed to riding the bench or an NFL practice squad.

Mr. Irrelevant, the last selection of the 2017 NFL draft by the Denver Broncos has never thrown an NFL pass, but has one rush for a loss of one yard to his NFL stat line.

Kelly had a very respectable college career being the starting quarterback for the Ole Miss Rebels for two seasons which included him winning the MVP of the Sugar Bowl.

In his two years of being the Rebels signal-caller, he passed for 6,800 yards, completing 63% of his passes for 50 touchdowns and 21 interceptions. A good line just maybe a tad bit high on the interceptions.

If Kelly chooses to come to the XFL it would be monumental for his football career, he would be 27, almost 28, when the XFL opens back up in spring of 2022. He would still be in his prime and ready to go.

Sure, he has had some off the field issues but he seems to have his head on straight and focused on football once again.

Benkert is currently rostered with the Atlanta Falcons but has never seen regular-season action for the team in his two years, bouncing from practice squad to active roster.

Benkert has a live arm, he can sling it deep with accuracy but he just doesn’t get the respect that he deserves. The Falcons are deadlocked on Matt Ryan through it all, and Benkert making a move to the XFL could be crucial.

The former University of Virginia quarterback will be just 26 when the XFL comes back around, so he will still be young and ready to play.

Scott had time in the camps of the Kansas City Chiefs and Los Angeles Rams, but there is no reason not to give him another chance in the XFL.

The current Generals quarterback in The Spring League has been looking good. In three games Scott has thrown eight touchdowns to just one interception for 838 yards on 101 pass attempts, completing 68 of those. He showed his legitimacy with one game for 314 yards and four touchdowns.

Scott has a huge arm that can stand at the XFL and professional levels, and might be shocking how he did not receive an XFL invite this past season.

Morgan, a Jets rookie quarterback, has gotten the short end of the stick since the beginning.  Morgan was the fourth-round selection of the New York Jets this past spring has never gotten to see the field yet and hopes are not good. He sits behind Joe Flacco and Sam Darnold, along with the Jets most likely selecting quarterback Trevor Lawrence with the first pick.

Morgan is just 23 coming fresh out of college, he has his whole career still in the tank with a lot to prove. He has good arm strength with good accuracy that can be taught into being great in both categories.

The Jet has to be one of the hottest takes when it comes to the XFL.

A former New York Jet has not been rostered since 2018, but has not formerly hung up the cleats. Petty could be the big name that the XFL needs like Landry Jones was this past season, Petty is a big enough name that a good percent of football could recognize it.

Petty has a decent arm but rough accuracy, he completed 53% of his 245 NFL pass attempts. Well, the accuracy does not look any better here, four touchdowns to 10 interception ratio are pretty rough but that is against top NFL talent.

A fresh start in the XFL at age 30 could be good for both parties, Petty and the XFL.

A unique quarterback that has always been somehow overlooked his whole career. He had a brief time in the CFL with the Winnipeg Blue Bombers and Ottawa RedBlacks prior to COVID shutting down the CFL season.

Anderson played in The Spring League as the Conquerors quarterback for three games. Anderson’s highlight game was a 325-yard outing for two touchdowns.

Two of his Spring League touchdowns were perfectly placed passes in the corner of the endzone.

He is a good quarterback all-around, with a good accurate arm along with being able to sling the long ball. Anderson also isn’t afraid to tuck the ball and run when he needs to.

A former Browns draft pick who never panned out to what was expected. Kessler’s numbers are really not that bad, it seemed to be more so a case of the Browns ruining a player’s potential.

He currently is a free agent, he has started in 12 games and played 17. Kessler has thrown eight touchdowns, to five interceptions and completed 64 percent of his passes for 2,215 yards. Keep in mind, all of his playing time was for the Browns and Jaguars, two notably rough teams.

Those are obviously just some of the potential XFL quarterbacks, there are more coming out of college by then and even some other NFL guys looking for opportunities.

The former Arizona Cardinals first-round pick Matt Leinart has said he wants to play in 2022, but he will be 40 and not been in the NFL for half of a decade. So we will have to wait and see how that rumor pans out.