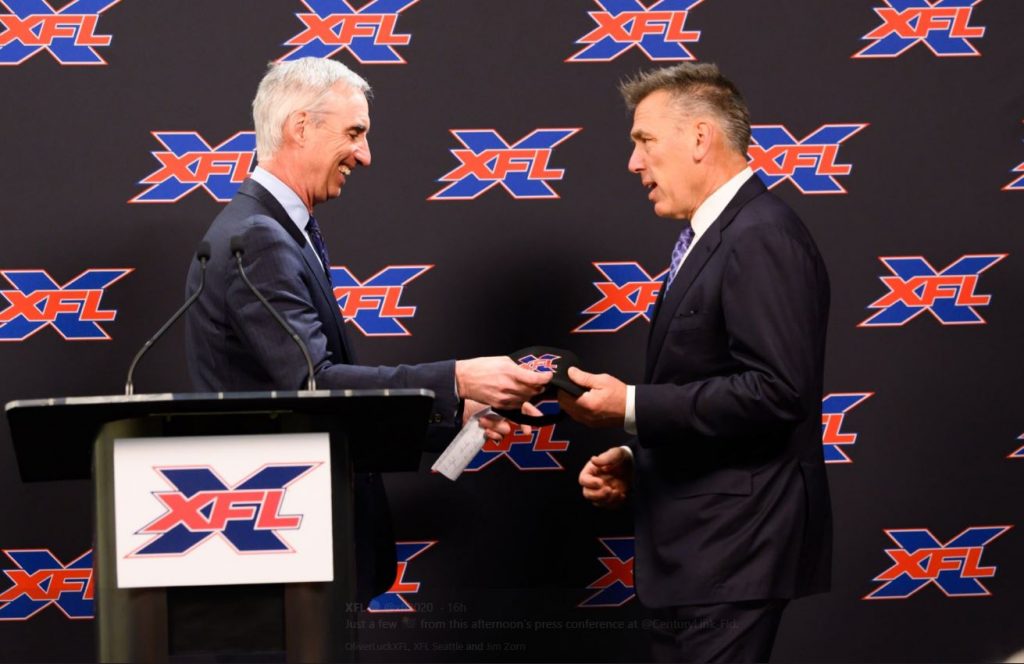 Monday saw XFL Commissioner Oliver Luck welcome former Seattle Seahawks quarterback Jim Zorn into the XFL as Head Coach and General Manager of the Seattle franchise, which spawned a torrent of positive messages to be sent in Zorn’s direction.

First from Oliver Luck himself:

“I watched Jim Zorn play for the @Seahawks, an expansion franchise, and I was totally captivated with his style of play. He was innovative. He was creative. He did all those things as a player that we want to do as a league.”
~ Commissioner @OliverLuckXFL pic.twitter.com/i3kY3fPhby

Then from ESPN analyst Matt Haselback, a former Quarterback who was coached by Zorn.

Congrats to my friend & my second favorite Seahawks QB of all-time. The new @XFLSeattle coach, @JimZorn10. I know you’ll make us proud. Can’t wait to come out and watch you do your thing.

PS. @Hasselbeck, you better send another check soon if you still want to be Favorite QB. pic.twitter.com/81q0bmh27d

As did Romeo Crennel from the Kansas City Chiefs,

“He has good football knowledge in varied football experiences that will benefit him in his new role. He has good leadership qualities that will help him and the players on his team. Wishing Jim much success.”
~ Romeo Crennel on @JimZorn10, once a member of his @Chiefs staff pic.twitter.com/696G7NFdx8

and, John Harbaugh, Head Coach of the Baltimore Ravens.