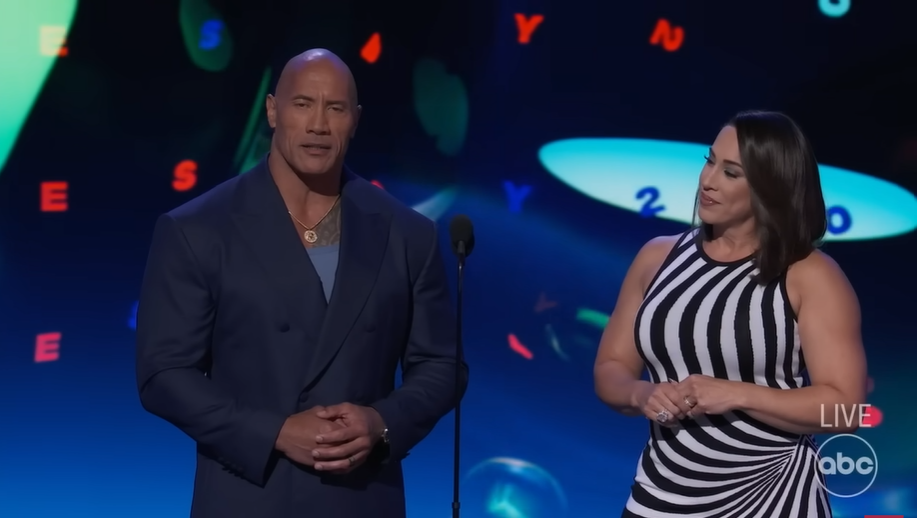 At Wednesday night’s ESPY awards the dynamic duo of XFL owner and chairperson Dany Garcia, and co-owner Dwayne “The Rock” Johnson, appeared on stage at the ESPY awards. They took a moment to talk about their football league and to press home the thought that the XFL was about to be a boon to football players who have not had the opportunity to be included in a standard 53-man NFL roster.

The XFL has dubbed these players “Player 54,” and with Dwayne Johnson able to identify with the idea of being the odd-man-out when it came time to roster cuts, he is living proof of a Player 54. Something Johnson plays up to when he attends XFL player tryouts, as he did recently at the HBCU Showcase in Jackson, Mississippi.

On the ESPY stage, Dwayne Johnson explained his story and referred to the XFL as a “League of Opportunity.”

“Making it to the NFL was the greatest thing that never happened to me. As many in this room know there are 53 men on an NFL roster. Well, I was always number 54. You’re good but you’re not good enough. Now that chip that was put on my shoulder will never go away but that same chip has become a blessing because it’s exactly what brought me here to deliver a league of opportunity, an opportunity that I never had.”

Dany also took a moment to point out how “Title IX” led to her having a meaningful college sports experience.

“50 years after the passing of Title IX, I am so proud to be a direct result of the influence and power of that legislation as I stand before you the first woman ever to have an equal or majority stake in a major American professional sports league, “Garcia said. “As a former high school and collegiate and professional athlete I had experiences and developed skills that fostered my passion to create meaningful impact…”

“Title IX” refers to the federal civil rights law in the United States of America that was passed as part of the Education Amendments of 1972. It prohibits sex-based discrimination in schools or education institutions that receive funding from the US federal government.

Later in the evening, Garcia and Johnson appeared Jimmy Kimmel show, with guest guest host Kerry Washington, where they had the chance to further promote the XFL.