PJ (Phillip) Walker, out of Temple, is going to be your week 1 starter for the Houston Roughnecks. 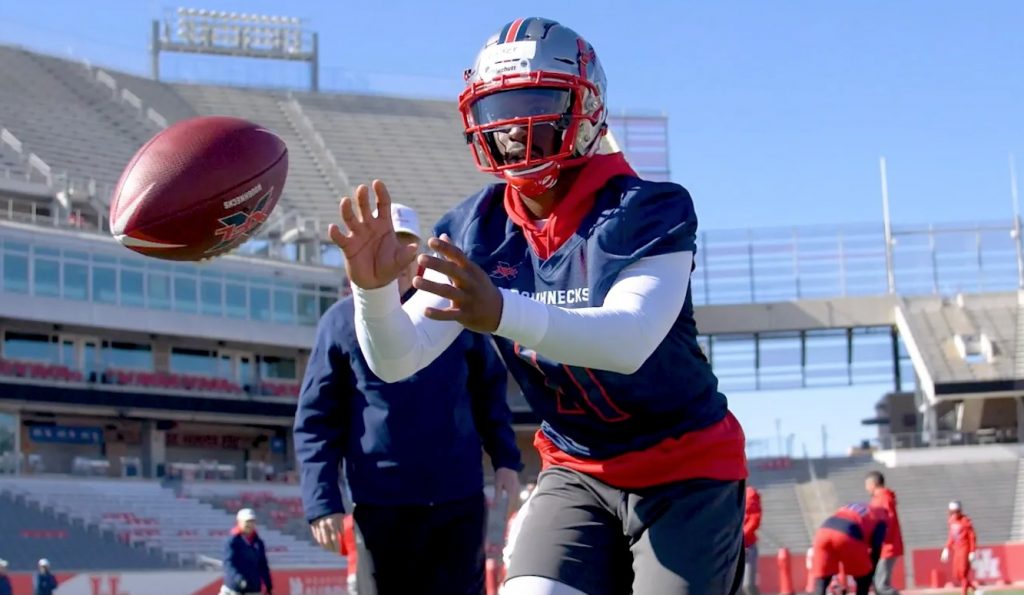 As XFL Insider Rachael Van Oranje and I reported last week, PJ (Phillip) Walker, out of Temple, is going to be your week 1 starter for the Houston Roughnecks. As I stated in that earlier article from last week, this does not come as a surprise. PJ Walker and Connor Cook share similar arm strength, and while Cook’s accuracy may be a little better, it was Walker’s not only athleticism, but his willingness to run that got him the starting job in Houston.

Now, how do I feel about this fit? To be honest… I’m elated! Thank you June Jones for making this decision. Look, Connor Cook is a very accurate quarterback, and fully capable of leading an offense to great success. But, I got to be real with you. He would have been the more “boring” option out of the two. Now look, if PJ stinks it up, which I don’t expect him to, but if that were to happen, I feel very confident in Connor Cook leading this team. But man, I’m excited! PJ Walker is such a fun player to watch. He can sling it downfield, he can create plays with his legs, and he is not afraid to take chances. Now, that last part can sometimes be to his detriment, but he succeeds more often than he fails, and I am willing to live with that.

During his time at Temple, he broke multiple school records, including TD passes (74), passing yards (10,668), passing completions (830), total TDs (83), and total yards (11,478), under Matt Rhule, who is currently the Head Coach of the Carolina Panthers. He also lead them to their first conference title in 49 years, and their first ever back to back bowl appearances in school history. He was signed by the Indianapolis Colts in 2017 as an undrafted free agent, and while it didn’t work out, his talent is still a hidden gem in my opinion.

Now Walker does have his detractors, and many among the XFL community believed that Connor Cook was going to be named the starter. But I am a believer in PJ Walker, and I think he has the potential to not only be the best quarterback in the league, but perhaps be the league MVP. Yes, I’m all in on PJ Walker. Sammy Coates, Jalen Saunders, D’Angelo Henderson, Andre Williams, ect., you add PJ Walker to that, along with June Jones “Run and Shoot” offense, and good luck stopping the Roughnecks potent offense this season. The Houston Roughnecks are LEGIT contenders this year, and don’t be surprised if they are playing in the inaugural XFL Championship.