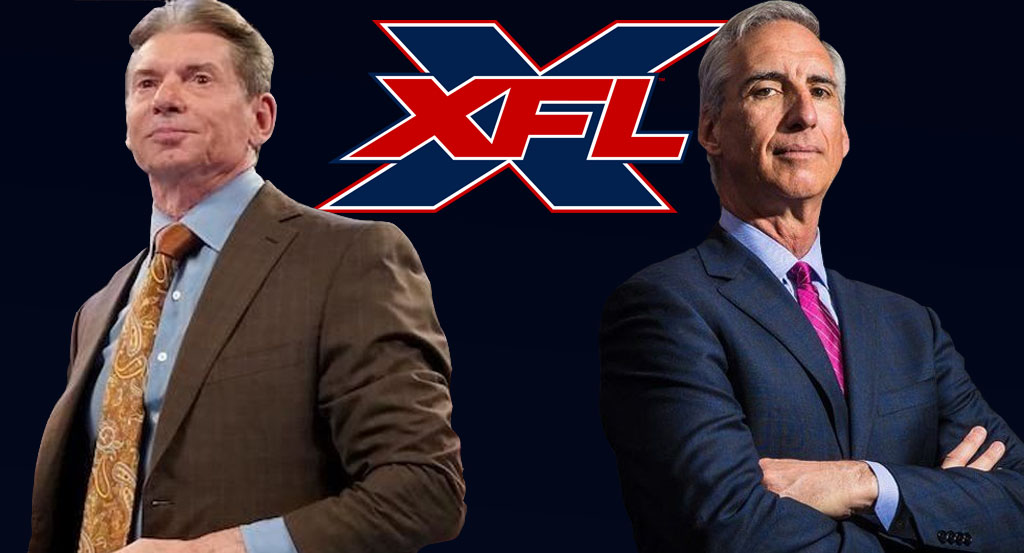 As per Ben Fischer of Sports Business Journal, jury selection and the trial between ex-XFL Commissioner Oliver Luck and formal league owner Vince McMahon is set to begin on 11 July. The trial, unrelated to the new XFL which was bought out of bankruptcy, is expected to last about one week.

For XFL fans, moving past this legal action will mark the end of an ugly chapter in the history of the league. While the devastating news of XFL 2020 declaring bankruptcy in the aftermath of a coronavirus closure, the news of the rift between the league’s beloved Commissioner and owner was another dagger to the heart.

Basically, Luck wants his contract to be paid, consisting of damages of $15.9M in base salary, $8M in guaranteed bonuses and more in insurance premiums.

Pre-trial legal action has pared down the decision to one point of contention, where McMahon’s legal defense claims Luck acted recklessly, in contravention of order by McMahon to not sign players with criminal charges against them, by signing wide receiver Anthony Callaway to the Tampa Bay Vipers in January 2020. Callaway spent six days on the Tampa Bay Vipers’ roster before sustaining a knee injury in his very first practice.

Callaway’s previous legal problems amounted to a citation issued on 18 August 2018 in Strongsville, Ohio for possession of marijuana and driving with a suspended license during a traffic stop. The drug charges were dropped, and Callaway paid a $911 fine for the license violation.

Aside from the Callaway issue, McMahon’s original defense of the lawsuit claimed Luck had used his company phone for personal matters, abandoned his position at the onset of the pandemic, and disclosed confidential information to his brother-in-law, then-Wasserman Executive Will Wilson. However, a pretrial ruling made by U.S. District Court Judge Victor Bolden dismissed all of McMahon’s defenses except the Callaway matter.

The July court case will boil down to two points. Was the Callaway signing valid cause to fire Oliver Luck, and was there anything Luck could have done to mitigate the issue after it happened?

If the jury finds Luck to be at fault, they might simply find him culpable for the money the league paid Callaway, and restitution could be be paid to correct the mistake. However, McMahon’s attorneys will not be willing to settle this so simply. They will contend that Callaway’s signing damaged the reputation of the league and destroyed trust between McMahon and Luck.

In a pre-trial deposition dated 13 May 2021, Luck’s lawyer Paul Dobrowski questioned McMahon on his own criminal past:

Lawyers, huh? Hopefully, this fancy legal wrangling will mark the completion of the ugliness that ended XFL’s glorious rise in 2020, and give us a moment to look forward to a greater moment… XFL football in 2023.