The NFL is dealing with its first in-season COVID-19 outbreak, and former XFL star QB Jordan Ta’amu is a part of it. 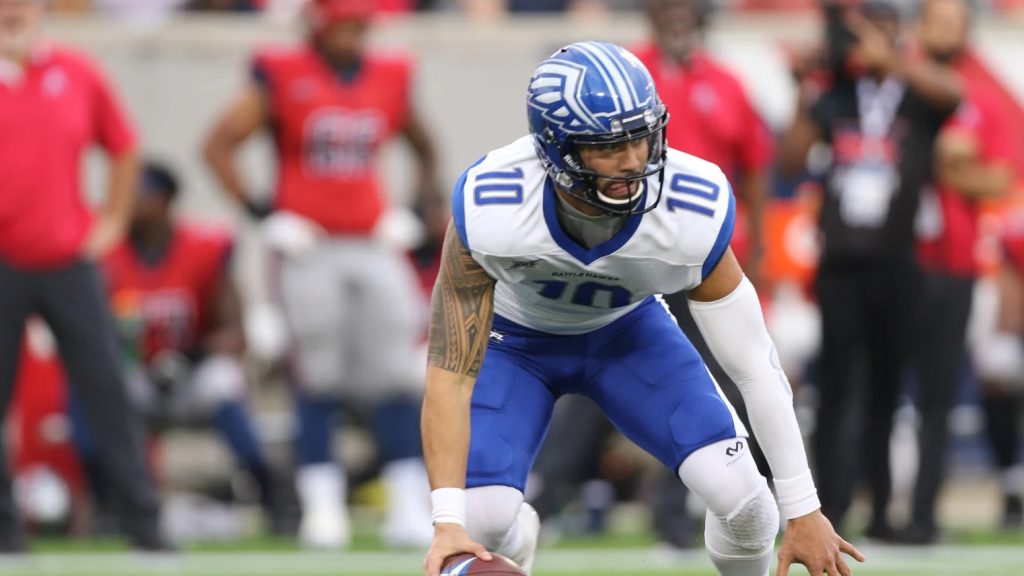 The NFL is dealing with its first in-season COVID-19 outbreak, and former XFL star QB Jordan Ta’amu is a part of it.

NFL Network’s Ian Rapaport Tweeted this morning that Ta’amu, now on the practice squad of the Kansas City Chiefs, tested positive for the coronavirus. Ta’amu’s positive test is in addition to New England Patriots starting QB Cam Newton also testing positive. That news resulted in the NFL moving the Chiefs vs. Patriots game scheduled for Sunday to Monday or possibly Tuesday. Both players have been placed on their respective teams’ reserve/COVID-19 list.

The league had already been forced to reschedule the Tennessee Titans vs. Pittsburgh Steelers game to week seven, as to this point, eight Titans have tested positive. Tennessee’s week five game against Buffalo now hangs in the balance. On a more uplifting note, no one from the Minnesota Vikings, the Titans’ opponent last week, have tested positive for the virus.

After leading the St. Louis BattleHawks to a 3-2 record in the XFL this spring, Ta’amu signed withe the Chiefs on April 2nd. He was waived at final cuts, but cleared waivers and signed to the practice squad. In recent weeks, he has been used in practice to simulate the team’s upcoming quarterbacks. Prior to facing the Baltimore Ravens in week three, Ta’amu played as Lamar Jackson in practice, per ESPN’s Adam Schefter. Those practice reps helped the Chiefs defense limit Jackson to a completion percentage of just 53.6 and 97 yards passing in a 34-20 victory.

In the lead-up to this week’s planned matchup with the Patriots, Ta’amu had been playing the role of Cam Newton. Those can be meaningful practice reps for Ta’amu, whose playing style mimics those he’s been asked to portray. With a date against the Buffalo Bills on October 15th, Ta’amu, if healthy, could be used again to ready the Chiefs defense for Buffalo’s dual-threat QB Josh Allen.