Awful Start to the Season for the Tampa Bay Vipers 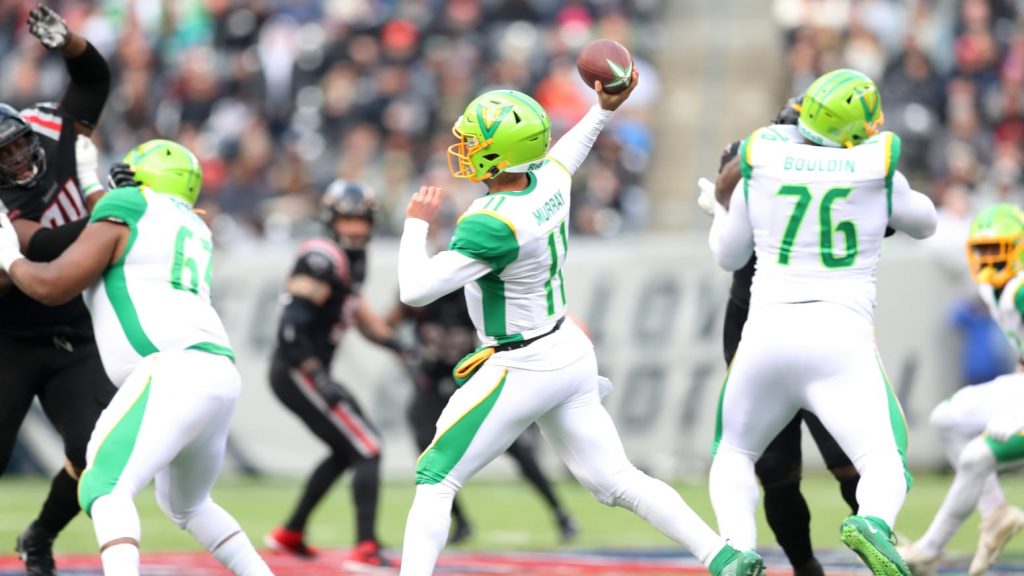 Quarterback Aaron Murray struggled to get the Vipers on the scoreboard. (Photo: XFL.com)

Awful Start to the Season for the Tampa Bay Vipers

The Vipers rolled into Met Life Stadium favored by 3.5 to play the New York Guardians and were defeated 23-3. Mistakes were key to the loss for the Vipers. QB Aaron Murray made some poor decisions resulting in 2 interceptions and went 16 of 34 for 231 yards. Murray was sacked 3 times.  The Vipers had 394 total yards of offense but seemed to stall when near the goal line. The Vipers earned more yardage in total than New York  but seemed to be stuck between the 20s for most of the game. Bright spots were few and far between but WR Daniel Williams was a big bright spot for the team, he went 6 for 9 for 123 yards and made some pretty difficult catches. On the flip side of that coin On a New York  2nd and 10 late in the second quarter  #97 for the Vipers Ricky Walker was ejected for punching the Guardians Center in the face.  It will be interesting to see the league response which will set the tone for such infractions. We don’t know if Walker will be suspended or fined, or how the league will react.

Coach Trestman made a couple of decisions that may be questioned by fans. The Vipers were on the 5 yard line down by 17 with 1:20 left in the 3rd quarter instead of going for it Coach Trestman opted for the field goal which seemed to me to show a lack of confidence in the offense to go out there and get the score.

During an interview on the telecast Coach Trestman said, “It’s a 2-score game and we are moving the football, but we haven’t finished drives today. We hurt ourselves at least a couple of times with turnovers as we move the ball inside, so we feel comfortable we can move the ball, and that were going to get maybe 3 or 4 more opportunities to make this game close”

The Vipers are on the road again next week in Seattle to compete against a Dragons team that started well but had some trouble on special teams. Hopefully, this week the Vipers will work to be a little more disciplined and be ready to fight as both teams are 0-1. This road trip is near a must win as the Vipers cant afford to go 0-2

Extra Notes On the XFL Broadcast in General

Comparing this incarnation of the XFL to the past version of the league is hard. This version is all about the sport where the past XFL was about the spectacle. I think once people check it out they will be much happier with it, as the football is better.

The replay system in the XFL was great to watch as they brought the fans in, allowing us all to see the process and the thought process of the reviewer as he talked it over with the on field official. No more guessing what they were thinking. It brought much wanted clarity on the process and I believe everyone will appreciate the transparency.

The actual broadcast was presented a lot better than the original incarnation. The graphics were better and the broadcast team of Kevin Burkhardt and Greg Olsen were good and had decent chemistry.

Houston, We Have Lift Off!
Collective Wisdom – Week 1 Results