New York Guardians XFL 2020 Season Recap: A look back at the Guardians season and what might have been

One may never know what could have become of the season, and we may not know what’s to come, but the New York Guardians plan to be back on duty in 2021. 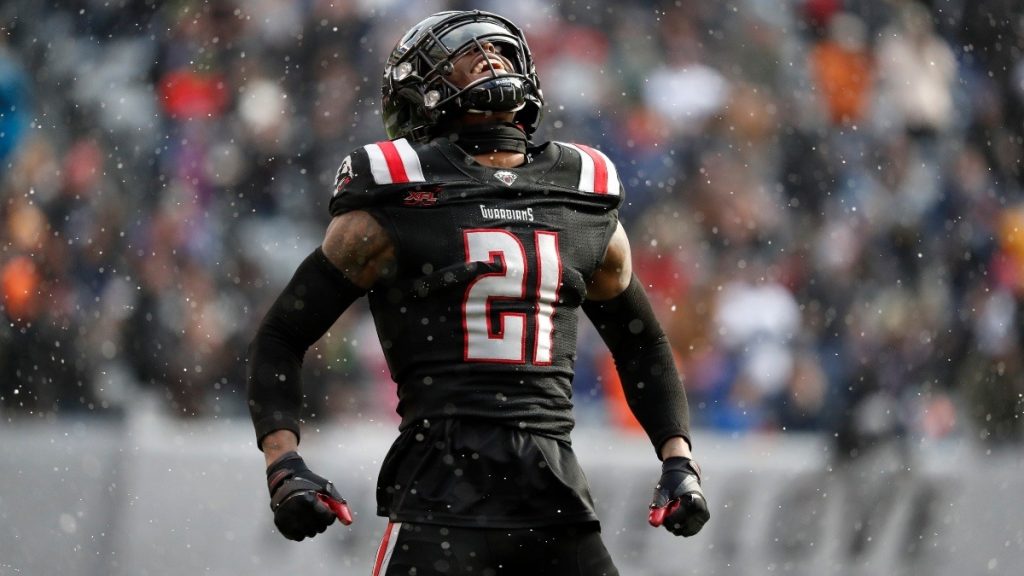 Every XFL team has faced this dilemma in the last few days since their regular seasons were suspended due to the worldwide pandemic known as (COVID-19).  The fans and teams are left to wonder what might have been and what was still to come. The only thing that remains, for now, is what was.

The New York Guardians finished the regular season in a three-way tie for first place in the East, along with the DC Defenders and St. Louis BattleHawks. All three teams were standing at 3-2, with half a season left to go.

New York was set to face off with the undefeated 5-0 Houston Roughnecks this past weekend on their home field, a place where the Guardians had yet to lose. There were three remaining divisional games left for New York to play. The Guardians had destiny in their own hands after appearing to be completely lost just a few short weeks ago.

How the Guardians got to 3-2, and this position is where the story lies.

After three weeks, the Guardians looked like the most fractured franchise in the entire league. Two consecutive blowout losses to division foes, DC and STL, plus a lack of discipline and division within the team, led to Kevin Gilbride confessing on the sidelines to his star receiver Mekale McKay, that he had misread the team, and had chosen the wrong leaders. Gilbride was looking for others to step up.

In a ten-game season with very little time to reflect and reset, Kevin Gilbride did just that. He took command of the team and turned to new leadership in his locker room. By seasons-end, New York was a completely different team off the field and on. A big credit goes to Kevin Gilbride and his coaching staff, in recognizing the issue and correcting the teams’ course in mid-stream.

The first leader emerging from the ashes was Quarterback Luis Perez. The Guardians had traded for Perez from the LA Wildcats at the tail-end of training camp in January. Perez went from being the Wildcats assigned starting quarterback to a third-stringer with New York.

Luis Perez picked up G.A. Mangus and his offensive scheme quickly and got to work. No player stabilized the New York Guardians season more than Perez. He brought balance and calm to the franchise. Perez, in his first start at Quarterback, exacted revenge on the team that initially anointed him as their starter. The Guardians back home defeated the explosive Josh Johnson led LA Wildcats 17-14. 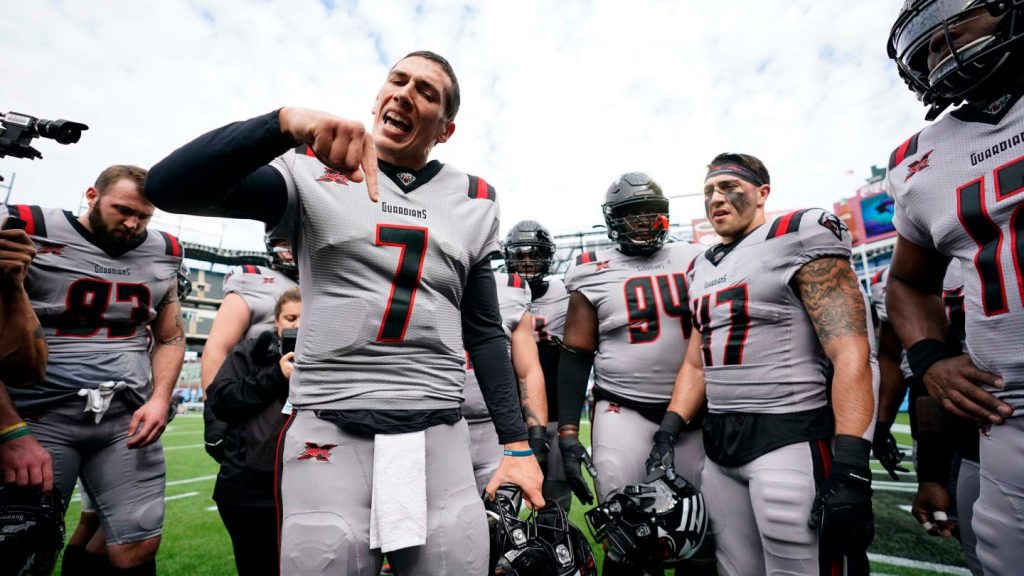 The following week in Dallas, with Luis Perez back at the controls, he gave his team this speech before the game.

“Our season can go two ways right now, Up or Down. Today’s the day we turn it around. Obsession to detail,  play in, and play out. Do your job, trust the guy next to you, and I promise you, we will come out victorious.”

The Guardians took their next step forward, delivering their best overall team performance of the entire season in a 30-12 victory over the Dallas Renegades. The offense produced nearly 400 yards. The Guardian’s defense and special teams continued their run of making game-changing big-plays.

New York had turned their entire season around. After the back to back victories. At the midway point of their campaign, Gilbride had found his new leaders and the Guardians announced their 2020 Team Captains publicly.

At seasons-end, The New York Guardians looked like a legit contender to be playing for a championship in Houston on April 26th.

Let’s take an in-depth look at the team:

New York boasted a strong multi-headed backfield with tackle-breaking runners in Darius Victor/Tim Cook, and had begun incorporating the 4.3 speedster Justin Stockton into the mix with success. Highly respected Running Backs Coach Jerald Ingram was at the controls of yet another talented group.

The Guardian’s offensive line under Ronnie Vinklarek had stabilized after some early issues. New York had retooled their depth up front with the acquisition of players like Derek Dennis. Guard Anthony Coyle was named to the Official All-XFL team. The offensive line was playing better as a whole after the continuity of playing half a season together. Tackles John Kling and Jaron Jones were very consistent. Center Ian Silberman brought a lot of tenacity and toughness to the team. Sometimes too much, but he was a force on the inside.

The Guardian’s passing attack was the team’s biggest weakness early on. G.A. Mangus and WR Coach Mike Miller had some early issues to deal with. Thanks to Luis Perez and New York getting healthier at the receiver position. The sky was the limit with the potential of Mekale McKay, Colby Pearson, Tanner Gentry, and the returning DeAngelo Yancey being at full force.

At Tight End. EJ Bibbs was mister everything. He contributed as a lead blocker in the run game, playing multiple positions. Jake Powell was starting to emerge as a receiver and developed good chemistry with Luis Perez. The Guardians got selfless play from this group with talented young players like Jake Sutherland.

Kicker Matthew McCrane and Punter Justin Vogel were clutch all season long. They were difference-makers, especially in New York’s second win of the season versus LA. The Guardians wouldn’t have won that game without them performing at a high level. The Guardians had also uncovered an explosive returner in Justin Stockton, to strengthen the overall unit further. Linebacker and Special Teams Captain Frank Ginda led the charge for New York. Jeff McInerney and Ray Rychleski were a great tandem in coaching up special teams and assisting the team in other areas as well. 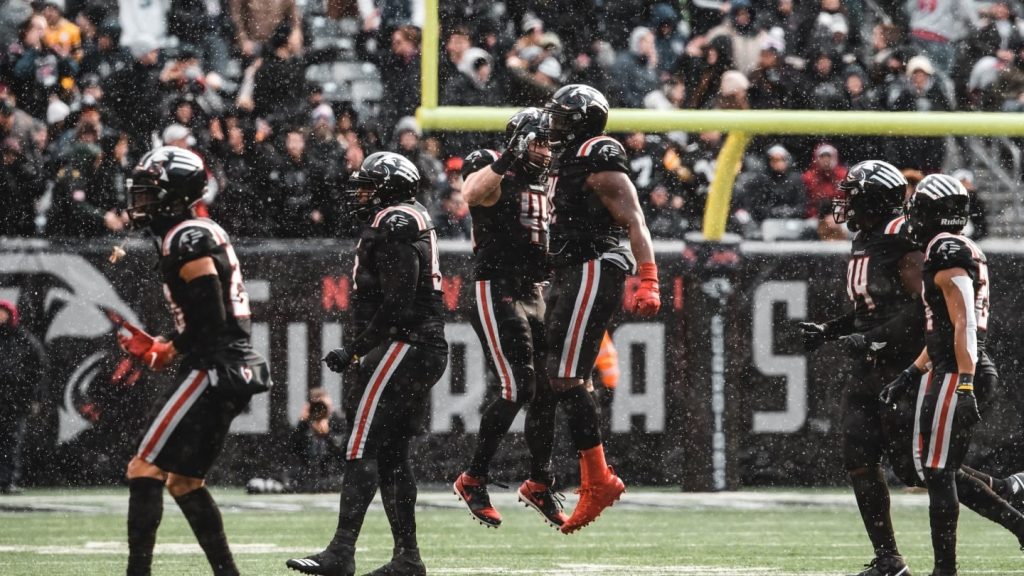 A big key to the Guardians’ defensive success was their fantastic young secondary. They were coached by former NFL All-Pro Chris Dishman.

Cornerback Jamar Summers played as advertised. The second-highest graded corner in the AAF by Pro Football Focus was stellar from week one. No penalties, no touchdowns allowed in five games, and made game-changing plays in New York’s two victories at home against the Vipers and Wildcats.

The Guardians secondary also got terrific play from Dravon-Askew Henry. A corner/safety hybrid from West Virginia, who was stellar in coverage and in tackling. Week after week, Askew-Henry forced incompletions by opposing passers. He led the XFL against Dallas with five pass-breakups.

Not to be outdone was CB Ranthony Texada. The TCU standout, shut down opposing receivers all season. In week 4, Texada played 35 coverage snaps against LA, without allowing a single yard.

Safeties A.J. Hendy and Andrew Soroh provided excellent smarts, toughness, and leadership. Hendy was the team’s sheriff in their secondary.

New York boasted three mountain men defensive tackles with NFL experience in TJ Barnes, Toby Johnson, and Joey Mbu, but it was Walker and Rotimi that were consistent disrupters for opposing teams offenses.

Former NFL defensive linemen C.J. Ah-You deserves a lot of credit for coaching up a very young and unproven group of players. An assist in uncovering these gems also goes to the Guardian’s front office of Alan “Trip” MacCracken, John Peterson, Chris Thompson, and Evan Ostrow.

Defensive Captain Linebacker Ben Heeney led the team in tackles, and the Guardians linebacking corps with D’Juan Hines, Frank Ginda and tweener Ryan Mueller, were an extremely active group. The ability of these players to play every down against the run and the pass was one of the keys to New York’s success on defense. Assistant Kevin Kelly coached up this unit very well.

Never in my wildest dreams did I think that I would be writing this in mid-March. Part of me is still in denial. A promising and exciting climax of the XFL season denied to these players, coaches, and fans.

The New York Guardians were going to have an uphill battle to make the playoffs, based on the numbers. Despite having two home games against division foes, STL and DC, in weeks 8 and 9. Based on net touchdowns from all games and total points in head to head matchups. (The #2 and #3 tie-breakers after head to head) The Guardians would have had a hard time breaking ties if they had finished the season with the same record as the Defenders or BattleHawks. 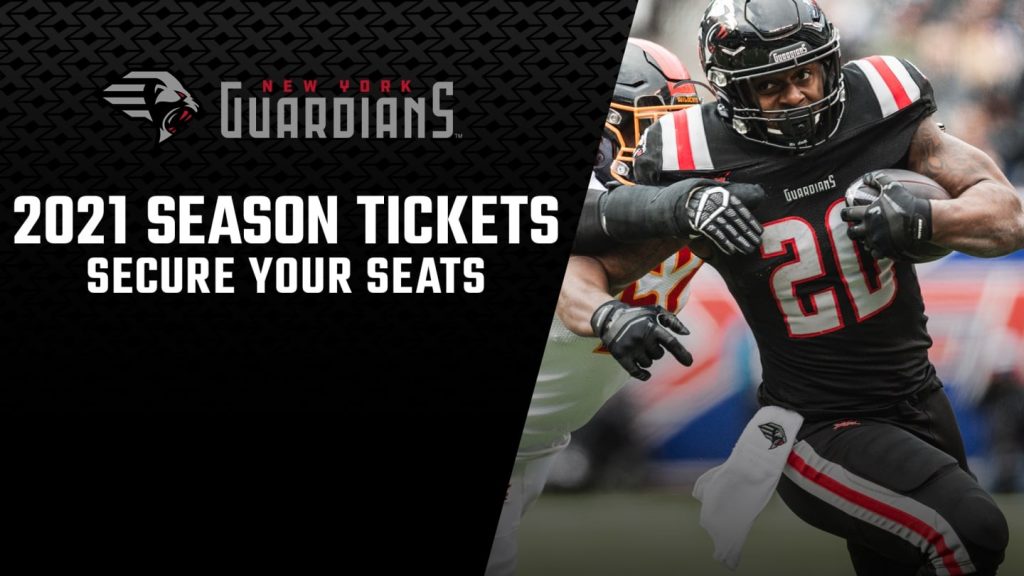 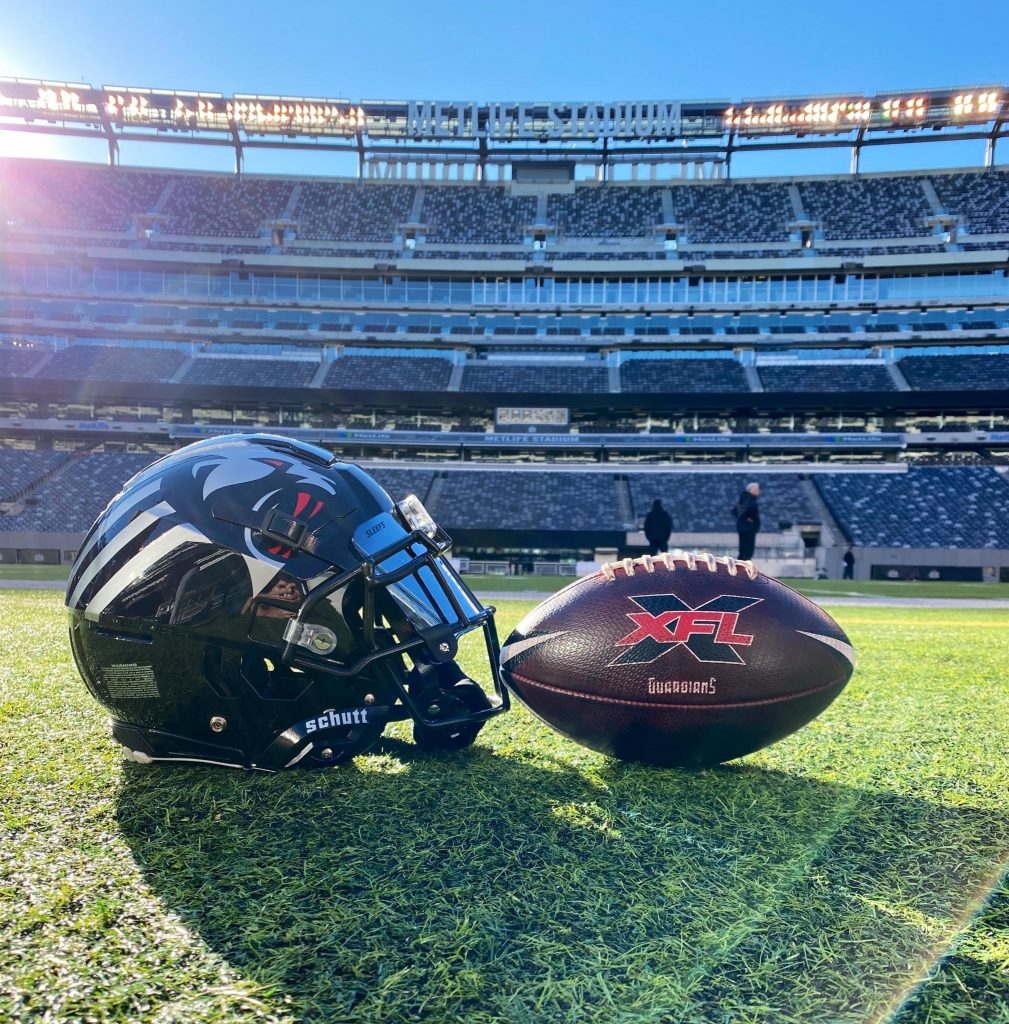 COLUMN: The XFL 2020 autopsy: Four key aspects of the league’s first season to analyze, critique, and review
XFL: A Thank You to our Fans