McShane is primed and ready for the next football opportunity

“I just want to be a contributor, playing ball for any organization, and want to win,” McShane said. 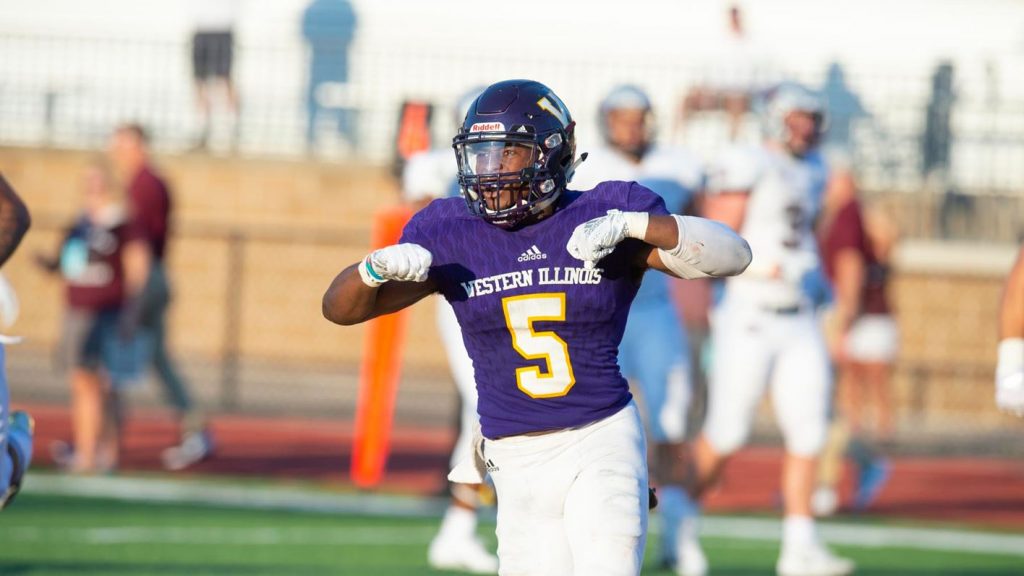 Running back Steve McShane was more than happy to be picked up by the Houston Roughnecks in December 2019, just in time for their final training camp in preparation for the 2020 XFL season.

McShane was ready to play, and was determined to be part of a championship winning squad. Unfortunately, that dream was derailed by an untimely injury.

McShane certainly has the speed and skills. In high school he was involved in football, baseball and track. In fact, while growing up in a sports-minded family in Freeport, Illinois, the McShane family name is synonymous with speed.

“My oldest brother Robert started football back in 2002, and ever since then we all looked up to him,” Steve said. “Right now, two of my brothers are in college, playing college football, Deion at Northern Iowa, and Vance at St. Xavier University.”

After high school, Steve was scooped up by Western Illinois University in Macomb, Illinois, where he became well-known as a two-sport star, playing both baseball and football for the Leathernecks.

In his senior year he had more than 100 yards rushing, 403 receiving yards, and tied for third in the conference with 13 touchdowns. He was second in the league for a punt return average (9.0), more notably he returned a punt 58 yards for a touchdown against Montana. McShane topped off his stellar season with a 75-yard rushing touchdown against Youngstown State and a 65-yard TD run in the last game of the season.

Meanwhile, as a senior baseball player at WIU, he started in 38 of the team’s 53 games, hitting a .239 average with 24 runs scored, 15 RBIs, and added 10 doubles and nine stolen bases.

A few months later, after not receiving a call from NFL teams, McShane received an important call from Randy Mueller, the Houston Roughnecks Director of Player Personnel.

“It was out of nowhere. I got a call from Randy Mueller, and he was like, well, we have a contract here for you,” Steve recalls. “This was it at the time. It wasn’t on an NFL team, but I was like, ‘I’m taking the opportunity right now.'”

When asked about McShane, Randy Mueller recalls hiring the young running back, and claimed he felt McShane fit into what the Roughnecks were trying to build.

“Steve McShane fit our one-back spread offense scheme,” Mueller explained. “Very sudden, made defenders miss and was a good route runner. Had body control and hands to play in the slot as well. Great kid, his competitive spirit showed. Also had chance as a returner.”

Keep in mind, Mueller was instrumental in building the Houston Roughnecks, the XFL’s top offensive squad in the shortened 2020 season. The fact that he still gives McShane a vote of confidence is high praise for the young running back.

It seemed like everything was positive for McShane, however two days after arriving at training camp he succumbed to an injury that knocked him off the field. Two days after the injury, McShane had surgery and spent the rest of the season on the XFL injured reserve list.

Bad luck is part of the game. Even by football standards, McShane’s bad luck was entirely unwarranted. However, he has accepted this chapter as a part of his football career.

“Well, you know, it’s a process and things happen for a reason,” McShane said. “I had this happen, to go through it at the time, and I’m standing up stronger.”

Now that McShane is completely rehabbed, he feels he is stronger and faster. He has set his sights on future football opportunities, and is soon scheduled for a stint at an EXOS training camp in Phoenix, Arizona, where McShane hopes to get more experience and exposure.

As for what is next in McShane’s career, he is sure of one thing.

“I just want to be a contributor, playing ball for any organization, and want to win,” McShane said with surety. “Just become a champion. At the end of the day, everybody in my family is also a champion. That’s what we shoot for.”

You may hear the full interview with Steve McShane in our XFL XTRA podcast episode 36.