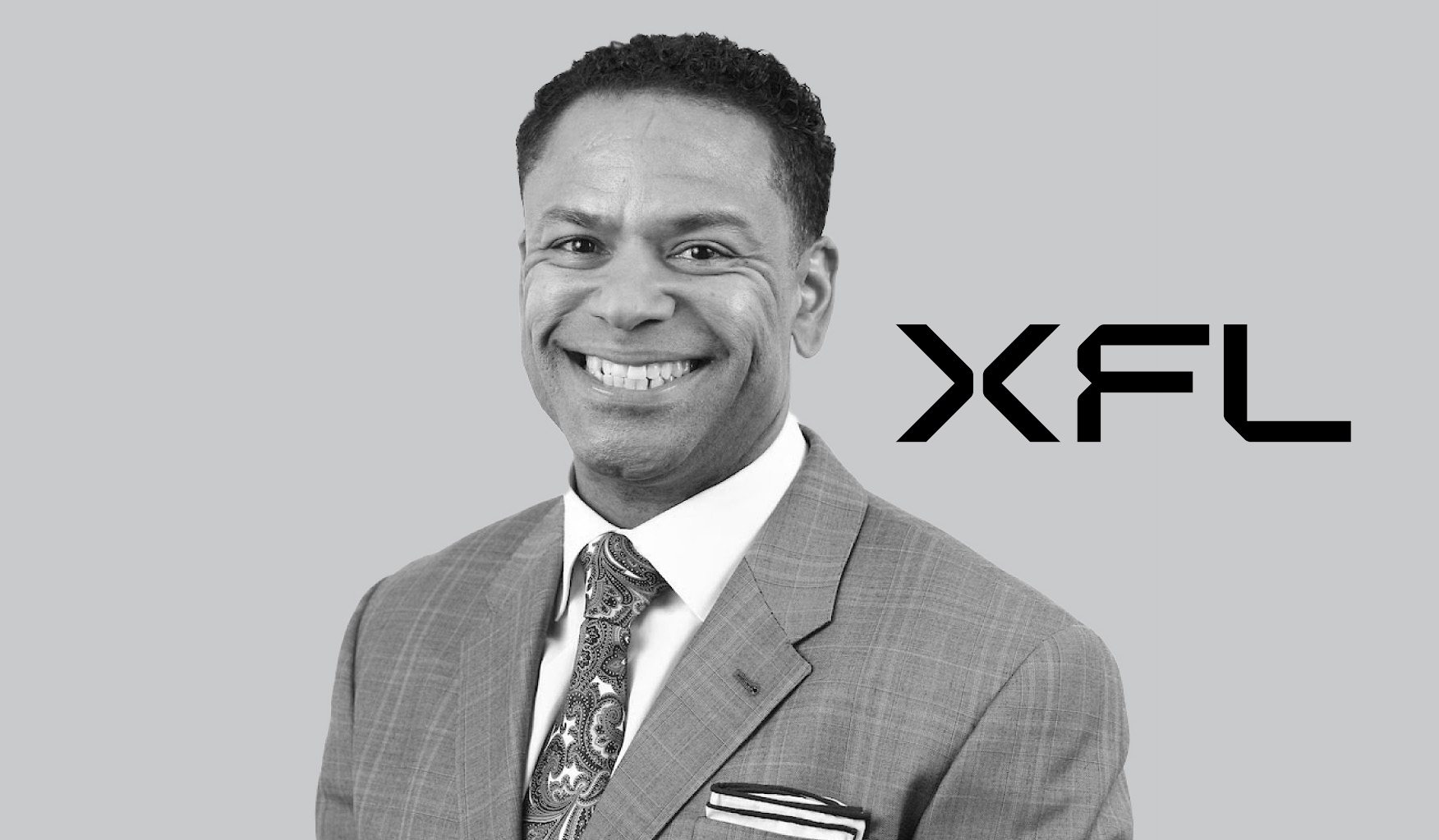 If you have the chance to speak to Marc Ross about the XFL, you will hear of the many ways that this football league will be innovative and succeed.

Prior to being hired as the XFL’s Vice Present of Football Operations, Marc Ross appeared as an analyst on NFL Network, worked for a year as a consultant for NFL Football Operations, and spent 11 years with the New York Giants, a time when they won two Super Bowls. So, how did the XFL deserve to hire someone with such talent and clear connections to the big league?

The idea of being involved in something new and exciting is a common theme among those that have come to work for the XFL in 2018/19 and again this time around.

“Let’s see if we can get this thing going, and get it started up,” Ross quipped.

He is correct on that point. The current XFL staff is definitely working hard to “get this thing going.”

Early in the morning on October 31, 2022, the XFL scored a touchdown by revealing their team names and logos on ESPN. Many folks thought this reveal should have been done months ago. However, the reveal was done professionally, and on a leading sports broadcaster. The impact was absolutely felt by the sports world.

Marc Ross pointed out that having the reveal done on ESPN was “tremendous,” and suggested how partnerships are just the thing that will make this league succeed.

“Our partnership with ESPN, the worldwide leader in sports,” Ross explained. “When we’ve got that, as opposed to just local channels… when you’ve got the most recognizable brand, highlighting what you’re trying to do with it gives you even more of that credibility.”

If you recall, the first XFL sought to replace the NFL. This XFL has gone in the opposite direction and has worked to built partnerships with the major league.

“We need to build as many alliances and partnerships as possible. That huge one that you may have seen is just our alliance with the NFL and with getting their blessing on player health and safety initiatives, and player development initiatives. That just gives you instant credibility,” Ross said.

Ross explained how the XFL also has a partnership with the NFL Alumni Academy, coordinating how they’ll train players who would eventually get ingested into the XFL player pool. It’s a win-win arrangement and important to the XFL when it comes to building a pipeline of player talent for the years to come.

Another important partnership is with the Indoor Football League (IFL). Marc Ross explained how the IFL will become the XFL’s player pool. “They approached us saying, ‘Hey, we’ve got these players and you always need bodies, you always need players at a moment’s notice.’ And with them, they are probably the most established league outside the NFL, they’ve been around a long time.”

In essence, in 2020 the XFL had “Team 9” as a quasi-practice squad; essentially a pool of game ready players that could fill gaps in team rosters. This time the XFL will count on the IFL to provide a pool of game-ready players. What does the IFL get out of this deal? Their league gets to be known as a gateway to the XFL, allowing them to attract talent.

As for the upcoming draft, ESPN.com revealed dates and some details, but XFL sources have pointed out how the details are not completely worked out yet. Same goes for the size of the draft pool and the number of players that will be drafted. Those details are not exact at this point in time, however it sounds as if this draft pool may be much larger than the 2019 pool.

The only thing the XFL has revealed is how Jordan Palmer held a camp where thirteen possible quarterback candidates took part. However, nobody should assume that these players will be on an XFL roster when the league kicks off next February.

That being said, the thirteen quarterbacks that attended the Jordan Palmer camp are not yet under contract. As Ross pointed out they are “training,” and Jordan Palmer’s camp is being used to draw out talent.

“We have an exclusive with Jordan Palmer,” Ross clarified. “We brought Jordan on because we value what he does and how he trains players and we thought, ‘Hey, get him in the mix. Get our guys better. Add some name brand equity to what we got going on.’ They’re not under contract right now.”

When it comes to telling the story of the XFL, the league plans to broadcast documentary-style footage of the day-to-day operations.

“We’re trying to give all access,” Ross confirmed. “We want to let the fans inside, and give a football experience, like they’ve never been a part of… We’re trying to be the league of access, and that’s players, coaches, executives. They lead the fan inside to what’s going on, on the field, in the locker room, and at the practices. As much access as we can get without interfering with the day-to-day operations of teams and how they’re coaching their players. You’ll see a lot of that.”

There is a good chance by the time the XFL kicks off in February 2023, the fans will already be aware of many players.

“That’s a goal,” Ross said. “You’ll want to root for somebody you know, and you’re going to look for more. That’s the part of what we’re trying to do is bring the fans closer to the game.”

In addition to an inside look into the league and its players, it probably won’t hurt to have The Rock telling people to watch the games starting on February 18th.

“It can’t hurt, right? To have a guy push a button, and 400 million people later, they know what’s going on?” Ross said, referring to Dwayne Johnson’s impressive social media reach.

As for the XFL 2023 rules, upgrades to game-day technology, and training camp details, the promise is fans are about to see exciting reveals and innovations in all these areas. Fans just need to be patient as we will hear more when details are complete. Unfortunately, there is a countdown clock mercilessly ticking down to February 18, 2023, and the more you talk with XFL people, the more you tend to see them as a troupe of jugglers, all attempting to keep the balls in the air.

However, we are talking about some of the best football and entertainment experts currently in the business. There is no reason to assume Saturday February 18, 2023, will not feature the kickoff of the third incarnation of a football league that promises to be more innovative and exciting than its forefathers.