St. Louis native, linebacker Eric Beisel has been seen as a leader of every football squad he has been a member of. Now, the XFL draft may give him an opportunity to join an XFL squad. 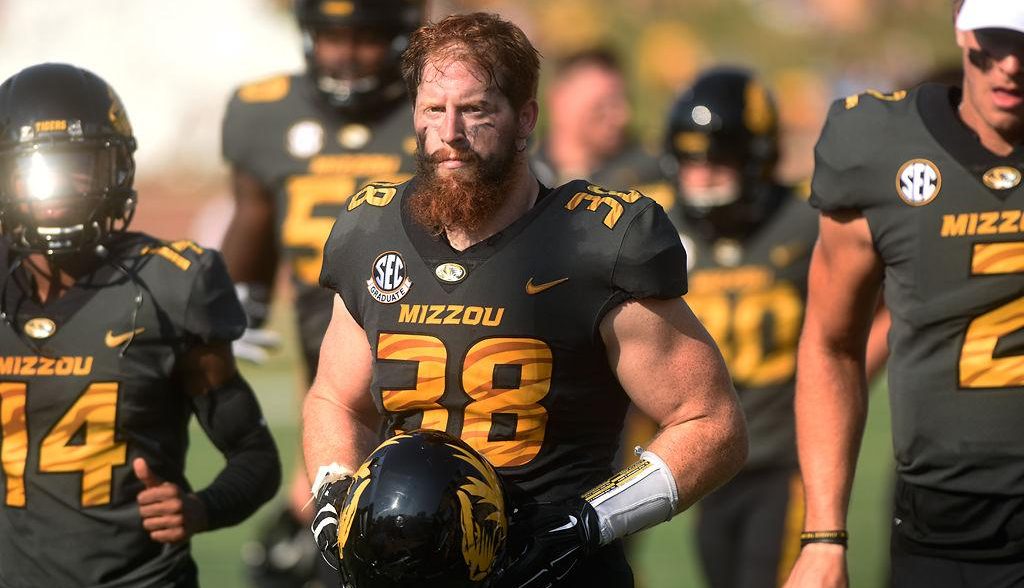 Eric Beisel played his college ball as a linebacker with the University of Missouri Tigers, where he racked up over a hundred tackles. After graduation he played a short stint of football with the Birmingham Iron of the AAF, and “Team Power” of Your Call Football. Now, he has been invited to the XFL draft.

Eric’s hometown is Fenton, Missouri, located just south of St. Louis. In Fenton, he played football, and baseball, for Rockwood Summit High School. In fact, it was during his time with Rockwood Summit’s baseball team that he earned the nickname “Zeus.”

“I inherited the name Zeus from one of my coaches, and another player coach Dave Schroll, and a player named Brandon Henry.” Beisel explained. “I was at bat, and I believe I hit a bomb, and when I stepped on home plate on my way around the bases, someone said that’s ‘baby Zeus’ and it kind of stuck.”

Beisel was appointed captain of his high school football team. “I’m always one of those guys who just puts the team first,” he said. “Mainly because I prioritize, and the number one priority for me is always to win as many games as it takes to win a championship.”

As team captain of the Rockwood Summit Falcons, Beisel would amp up the locker room by playing Black Sabbath’s “War Pigs” prior to every game. “Just to get the guys going… bring the positive energy and get everyone pumped up and you’re ready to play the game,” Eric explained. “It’s a team sport. You need all eleven guys on the same page.”

Out of high school Beisel had a lot of offers from colleges such as Arkansas, Illinois, Iowa State, Kansas State, Nebraska and Arizona State. However, he chose the University of Missouri. He would cite Mizzou’s beautiful campus and goal-oriented football program as reasons for choosing to be a Tiger.

At Mizzou, Beisel maintained his hard-working attitude and was even voted-in as team captain in his senior year.

Nobody drinks our milk and eats our peanut butter and jelly sandwiches!🥛🥜
_
Click the link below to see the full video:https://t.co/9gk1R6OWy0
_
RT if you’re eating HOG this year for Thanksgiving! 🐯 pic.twitter.com/pmjXtSyuxX

In 2016, as the Tiger’s final home game against the Arkansas Razorbacks approached, a colorful Beisel was seen on camera referring to the team as “Ar-Kansas.” This caused a major stir in the media, and created an important pre-game hype that somehow led the Mizzou Tigers to a 28-24 win over the superior Razorbacks.

When referred to as a “genius” for riling up his team, Beisel was quick to point out it was a superior team effort that was actually responsible for the win. “It was a really good game all across the board. J’Mon Moore had a stand out game, Aarion Penton with the interception in the end zone, Donavin Newsom with a ton of tackles, and all across the board, everyone showed up for that last game.”

Beisel is no stranger to disappointment, as he was expecting to be drafted by the Arizona Cardinals, but it never happened. “As much as they had communicated with me and my agent at the time, that fell through.” Beisel’s reaction to the setback was to go back into the gym. “I just kept training and training, and what I’d like to call patiently working,” he explained. “Just working and working.”

Beisel had a short stint with the Birmingham Iron of the Alliance of American Football. When the AAF folded, he found himself playing with “Your Call Football” in Jacksonville, Florida, as captain of “Team Power.”

“I moved on to Jacksonville where Merrill Hodge was my head coach,” Beisel explained. “Man, that guy knows his football, and what an experience in Jacksonville. I ended up leading that league in tackles. What a phenomenal experience.”

Beisel’s time at “Your Call Football” put him directly in the crosshairs of the XFL.

“There was a number of XFL coaches who were there, and obviously Eric Galko who was the personnel guy for ‘Your Call’,” Eric said. “He’s the one who actually gave me the call and invited me out there and now he’s obviously helping out with the XFL.”

In just over one week we will find out if Eric Beisel’s hard work has paid off, when we see if he is drafted into the XFL.

“I just want a chance, you know, to show what I have,” Beisel pointed out. “I’m looking forward to hopefully being on a team here, and bringing out the most of my character, and most importantly delivering results for whoever decides to take me.”

Good attitude. We can’t wait to see the results. 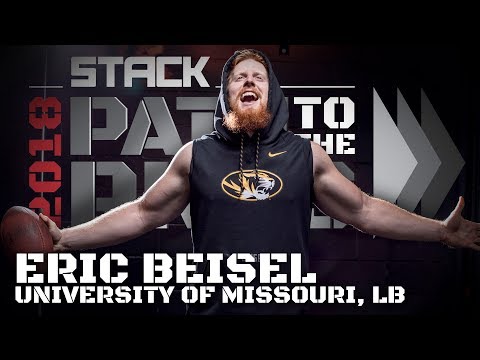 To hear a longer interview with Eric Beisel, please refer to our Podcast:
XFL Xtra Episode 5-2019 – Do you feel a draft in here? – Eric Beisel and Jackson Conner

XFL Xtra Episode 5-2019 – Do you feel a draft in here? – Eric Beisel and Jackson Conner
What Google Trends can tell us about interest in the XFL