The Los Angeles Wildcats are set to kick off their inaugural season on the road Saturday night at 5 p.m. ET against the Houston Roughnecks. 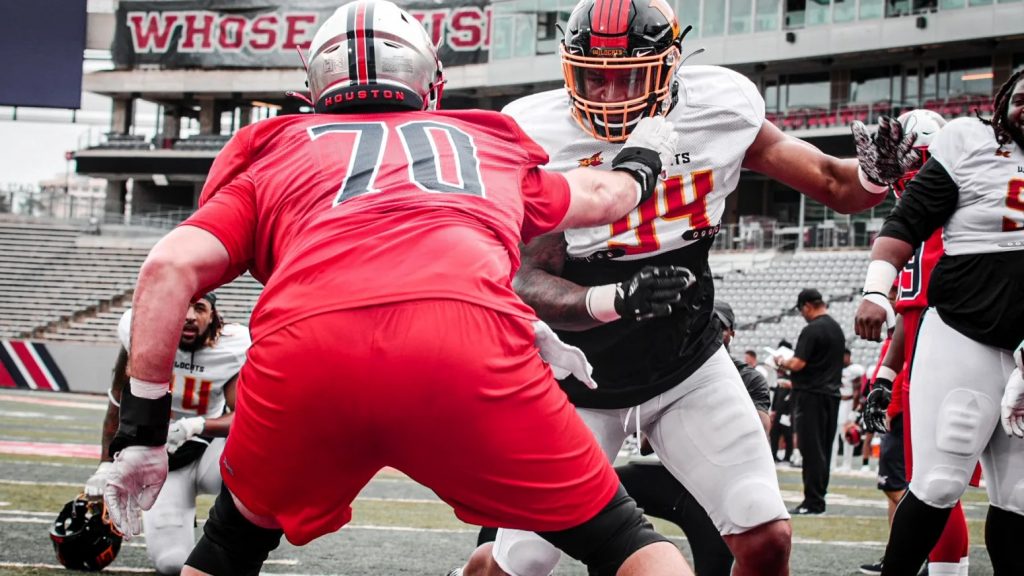 The Los Angeles Wildcats are set to kick off their inaugural season on the road Saturday night at 5 p.m. ET against the Houston Roughnecks.

Here is a positional breakdown of the LA Wildcats offense.

Offensive Coordinator/QB Coach: Norm Chow: A highly-respected offensive coordinator, Chow has had a ton of experience calling plays. He recently was the former head coach at the University of Hawaii (2012-15), but in the past he helped coach former NFL QB’s Jim McMahon, Steve Young, Phillip Rivers, Carson Palmer, and Matt Leinart during their collegiate careers.

33 year-old quarterback Josh Johnson has been considered a “journeyman QB” throughout his 12-year career in the NFL. Johnson has basically been a member of half of the teams in the NFL (14 teams), but despite that he did not earn his first game victory as a starting quarterback until his 11th season as a member of the Washington Redskins in 2018, and the last time he attempted a pass before that was in 2011. This is finally the perfect opportunity for Johnson to become a franchise’s starting quarterback for the first time in his career and show everybody that he’s not just a “journeyman QB”. Unfortunately, as Johnson just suffered a minor setback earlier this week and his status is uncertain for week one, as Sal Rico reported.

If Johnson is unable to start week one, his replacement would then be former Princeton QB Chad Kanoff. Kanoff, 25, demonstrated in college that he has plenty of arm talent and the necessary tools to work with. He was very accurate in his senior year at Princeton in 2017, he had a 73.2 completion & and he won 1st Team All-Ivy League after throwing 29 TD-9 INT. After going undrafted in 2018, Kanoff spent time with the Arizona Cardinals and Tampa Bay Buccaneers, and now receives such a nice opportunity to develop his skills and hopefully catch the eyes of some NFL scouts. Jalan McClendon, is the other QB on the roster, he played at Baylor and North Carolina State and is considered a dual-threat QB.

The projected starting running back for the Wildcats is Elijah Hood. Hood is a former Oakland Raiders 2017 7th-round pick from University of North Carolina. Hood has been a part of three NFL teams, but has not received an NFL carry. His backup is former NFL RB DuJuan Harris. Harris is a smaller, change-of-pace type of back at 5’7”, you may remember him from his stint with the Packers in 2012-14 (especially fantasy football players). Harris, 31, is definitely the most experienced of the group. This is his first time playing professional football since 2017, so it will be intriguing to see if he possesses the same type of quickness he demonstrated when he was in the NFL.

The other two running back on the depth chart were both undrafted in 2018, Larry Rose and Martez Carter. Larry Rose, the former New Mexico State back is somebody to definitely keep an eye on. He ran a 4.42 at his pro day, he rushed for 4,558 career rushing yards, averaging 5.9 yards a carry, for 37 rushing touchdowns. Martez Carter played collegiately at Grambling State, where he recorded 29 rushing touchdown in his final 3 seasons.

The Wildcats traded their top receiver and 2nd-round pick Rashad Ross during training  camp to the DC Defenders, in exchange for another 2nd-round WR Tre McBride. McBride, a former 7th-round pick in 2015 has bounced around the league on five different teams. He definitely has the most experience amongst their receiver group. Another wide receiver who has bounced around on several NFL teams practice squads is Nelson Spruce. Spruce is an extremely reliable and productive slot receiver, who previously set or tied 43 school or conference records during his time at Colorado. Spruce signed with the Los Angeles Rams after going undrafted in 2016, but later was released the following year. Spruce, is one of the most talented slot receivers in the league and he could definitely end up being one of the league leaders in receptions.

The rest of the Wildcats wide receivers have limited NFL experience, but they each offer potential and still have a lot of room to develop. Three receivers to keep an eye on: Saeed Blacknall, Adonis Jennings, and Jordan Smallwood. Saaed Blacknall is a very talented receiver from Penn State, who was surrounded by a ton of NFL offensive playmakers such as; Saquon Barkley, Da’Sean Hamilton, Mike Gesicki. Blacknall has a nice combination of size and speed. He ran a 4.37 at his pro day and spent time in the NFL with the Oakland Raiders, watch out for him to be one of the sleeper receivers of the XFL.

Former Temple WR Adonis Jennings and Oklahoma WR Jordan Smallwood are both listed as the week one starter, so expect him to get a ton of action immediately. Smallwood is extremely explosive; at his 2018 pro day he recorded a vertical jump of 39” and 10’10” broad jump. He barely saw any action in college, only catching 18 passes in his career, but similarly with Blacknall he was surrounded by a ton of skill players, such as Ravens Pro Bowl TE Mark Andrews, 2019 1st round pick WR Marquise “Hollywood Brown”, 2020 projected 1st round pick WR CeeDee Lamb, Dallas Renegades WR Jeff Badet, playing with 2018 1st overall pick QB Baker Mayfield. Rounding out their depth chart is former Florida State receiver Kermit Whitfield, and rookie Jalen Greene who spent time with the Los Angeles Rams last preseason.

The starting tight end for the Wildcats is 25 year old Brandon Barnes. Barnes is 6’5” and played collegiately at Alabama State and went undrafted in 2017. He spent some time the past three years on NFL practice squads and will look to prove he has the talent to play for an NFL team next season. De’Quan Hampton is a former wide receiver transitioning to tight end, he played collegiately at USC.

The Wildcats have arguably one of the most talented offensive lines in the league. They have a ton of quality linemen that have either had NFL experience, or they are young and very talented but just need the consistent game reps to increase their development.

Their most notable linemen are Storm Norton, who was the first overall pick in the ‘Phase 2 Draft’ which was just offensive linemen and Nico Siragusa, a former 4th round pick in the 2017 NFL Draft. Former Oregon State guard Fred Lauina will start at left gaurd and former University of Texas interior linemen Patrick Vahe will start at center, his backup will be Kahlil McKenzie; the son of former NFL GM Reggie McKenzie. Former Temple University offensive tackle Jaelin Robinson will start at right tackle, he spent time with the Atlanta Falcons and he has nice tools to work with. The backup offensive tackle is Tyler Roemer, a promising young player from San Diego State, who spent time with the Oakland Raiders last preseason.

My name is Pat Traina. I started a website called Off The Gridiron in 2016 to provide football fans with up-to-date news and analysis and also host a weekly podcast. I'm excited for the XFL and for the opportunity at XFLBoard.com to provide fans with all of the latest news going on around the league.