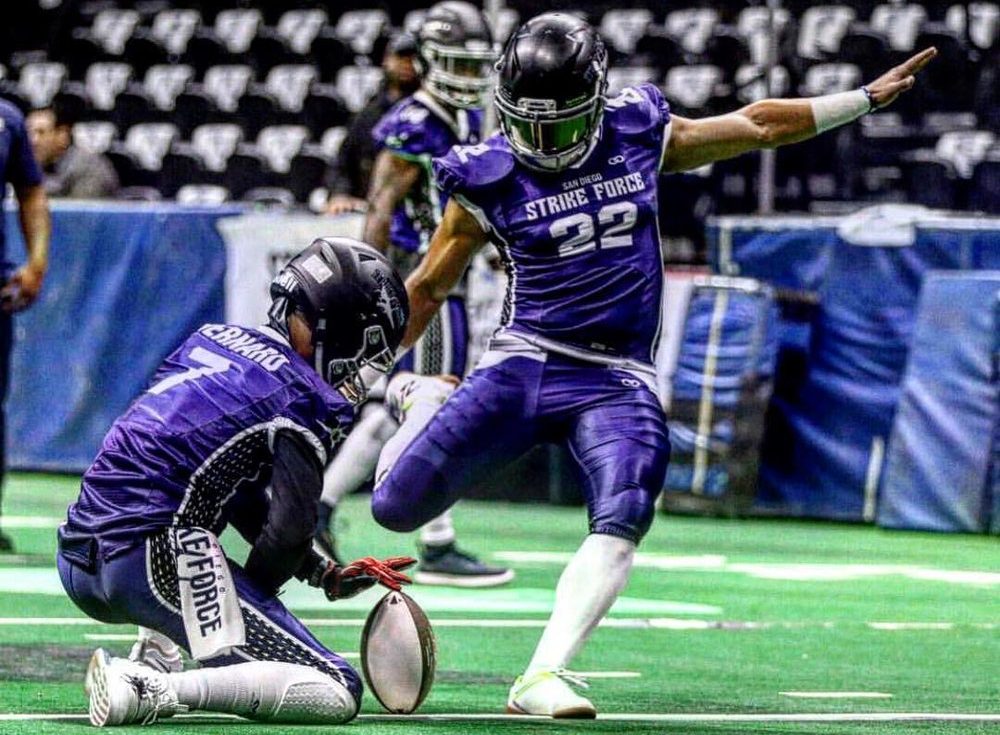 For veteran kicker Ernesto Lacayo the opportunity to play in the XFL came through hard work and determination.

Lacayo played collegiately at Hastings College where he holds all kicking records in the history of the program. Ernesto went undrafted in the 2011 NFL Draft and signed with the Nebraska Danger of the Indoor Football League (IFL) after the draft.

After one year with the Danger, Ernesto then signed with the Louisiana Swashbucklers (PIFL) in 2013. This is where I met Ernesto. I was heavily involved with the Swashbucklers and I got to know my team very well. I would travel in from Houston to Lake Charles to see them play. Lacayo contributed in many ways to the team. After the Swashbucklers folded in 2013, Ernesto then signed with the Wichita Wild (CPIFL) in 2014. Ernesto set an All-Arena/Indoor record of 30 field goals made in a season, and set a CPIFL record with a 55-yard field goal against the Salina Bombers. Ernesto also kicked a 51-yard game-winning field goal against the Dodge City Law to put the Wild in the CPIFL Championship.

In 2014, Ernesto then signed with the Wichita Force (CIF) for the 2015 season, where he played only 10 games before being called up to play for the Las Vegas Outlaws (AFL) in 2015. In 11 games with the Outlaws, Ernesto led the league point after touchdown percentage connecting on 54-of-59 (91.5%).

In 2016, Ernesto signed with the Portland Steel (AFL). After the Steel folded, Ernesto still kept in shape and worked on his craft.

In 2019 Ernesto signed with the newly formed San Diego Strike Force who are members of the Indoor Football League. During the 2019 season Ernesto and Long Snapper Jackson Dallas shattered the old consecutive PAT record of 28 in the Indoor Football League. For the season, Ernesto led the league in field goals made (10) and was named Special Teams Player of The Week in Week 8.

When asked about how it felt, Ernesto told me that he “Put in countless hours in my arena career and living in my van these years and training is what got me here.”

Ernesto is thankful and looks to contribute with the Seattle Dragons immediately.

The Dragons will be on the road and travel to Washington D.C. to battle the Defenders on Saturday, February 8, 2020. Kick-off is set for 2 p.m. ET on ABC.