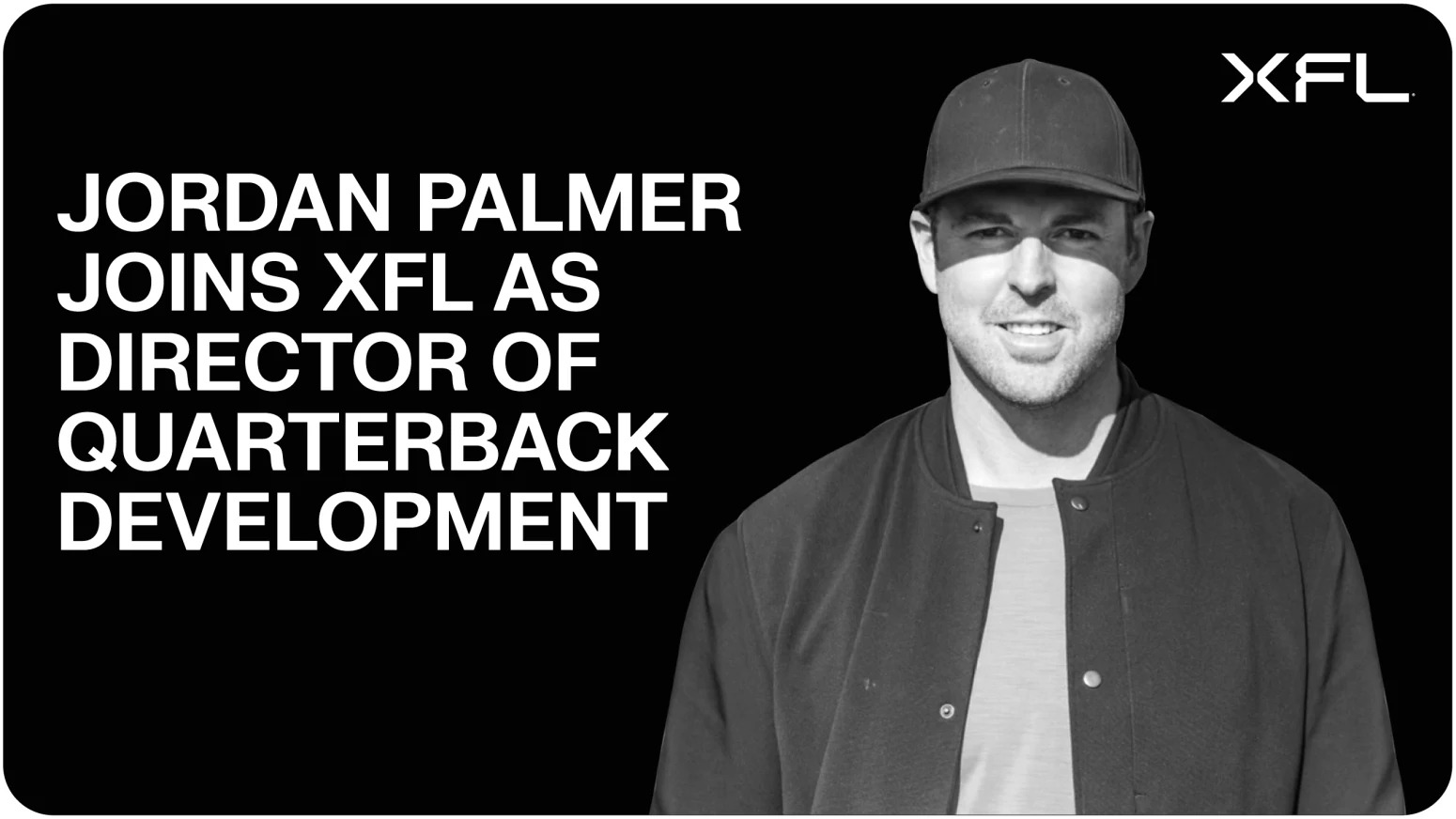 NEW YORK – August 15, 2022 – The XFL today announced that Jordan Palmer has joined the League as Director of Quarterback Development. Palmer has spent over 15 years on the gridiron as a consultant for elite quarterbacks and as an NFL QB. He will report to Doug Whaley, Senior Vice President, Player Personnel.

“Jordan is one of the top quarterback consultants in the entire sport of football, helping QBs refine and strengthen their physical, mental, and emotional skills to reach their greatest potential. To have him as a consultant, coach, and role model for our athletes – and for him to share our holistic player development strategy – is a huge value add to our League,” said Russ Brandon, President. “Quarterbacks are an essential function of a team and their ability to play at a very high level is critical for us to engage fans and deliver a dynamic game of football. With Jordan’s leadership and expertise, we will help develop and empower the next generation of QBs.”

In this role, Palmer will work with the coaching staff from each XFL team to create a thoughtful and advanced quarterback development program. By combining the physical therapy, strength training, and position coaching from each team into one program, XFL QBs will develop a deeper understanding of their game than ever before. Through the months of September to December, the XFL QBs will work with Palmer and focus on movement efficiency and throwing mechanics. In addition, the XFL QBs will be provided with an actionable plan for continuous development opportunities throughout the offseason and establish consistent remote consulting with Palmer and his team.

Whaley added, “The most important position in football is the quarterback, arguably one of the hardest positions to play in all sports. Jordan works with some of the most recognizable young quarterbacks in the NFL – Joe Burrow and Josh Allen, among others – and it’ll be great to have his imprint on our players as they further advance their professional development. Jordan was also an early advocate for using technology for training and performance improvement, which aligns with our commitment to innovation. We are thrilled to have him as a crucial member of our football operations team.”

Palmer joins the XFL with over ten years of quarterback coaching experience. He established and currently runs QB Summit, a private training program for players from 10 years old through the NFL, reaching over 350 young athletes around the country. QB Summit consists of The Summit Tour, a 12-stop nationwide QB camp that focuses on developing skills on the field and in the classroom, and Summit Digital, an online coaching platform. Before starting QB Summit, Palmer coached at Elite 11, the nation’s premier quarterback competition for high schoolers. Prior to coaching, Palmer played for seven years in the NFL with Washington, Cincinnati, Jacksonville, Chicago and Tennessee. Before the NFL, Palmer was a four-year starter at The University of Texas at El Paso, where he broke almost every passing and offensive record.