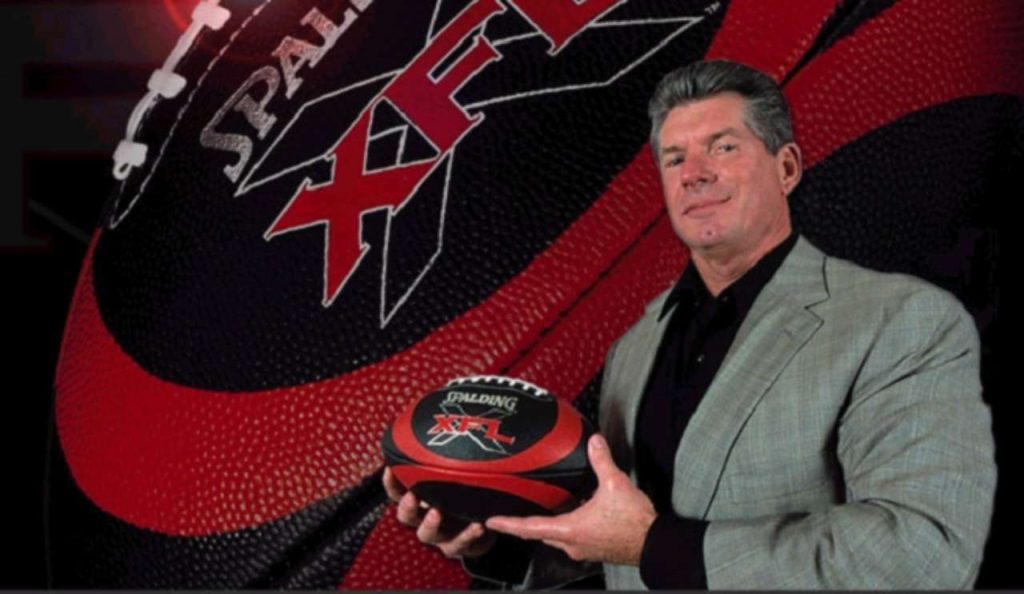 For Greg Parks, it all began in 2001. Now, as a newly minted XFLBoard team reporter, Greg points out, it all begins… again.

It seemed too good to be true.

There they were, the architects of the renegade 2001 football league, Vince McMahon and Dick Ebersol, sitting down together to have dinner at the end of ESPN’s 30 for 30 documentary on the XFL.

“Do you ever have thoughts about trying again?” Ebersols asks McMahon. Without hesitation, McMahon replies, “Yes, I do.”

For XFL diehards like myself, it felt like a tease. I mean, there was NO WAY McMahon, now a billionaire in charge of what has become the WWE media empire, would entertain restarting a football league that bombed more than a decade prior.

Then a funny thing happened: A lot of people watched the XFL 30 for 30. And a lot of people liked it. All of a sudden, like seemingly everything else from that time period, there was nostalgia for the XFL.

That quickly dissipated. Time passed. Then, nine months after the 30 for 30 first aired, a Tweet from reporter Brad Shepard began to make the rounds:

EXCLUSIVE: Vince McMahon is looking to bring back the XFL and may announce it on January 25th, 2018.

At the time, Shepard was not well-known in either pro wrestling or sports reporting circles, so there was much skepticism. Soon after, the Alpha Entertainment trademark was discovered. At the time, many suspected what was later confirmed: Alpha would be the parent company of the revived XFL.

The news of the XFL’s rebirth was later confirmed, and I can’t tell you how weird it was watching Vince McMahon’s news conference where he officially brought back his most public failure.

The reason for starting his league back up, reportedly to utilize the trademarks of the XFL rather than sell them to Charlie Ebersol to use, was not exactly a way to start on the right foot. Neither was announcing the relaunch with frustratingly few details, doing so only to get out ahead of the Ebersol-led Alliance of American Football’s christening. Since those initial missteps, though, the XFL has made almost all the right moves.

We are now less than eight months away from kickoff. McMahon has largely stayed in the background, allowing CEO and Commissioner Oliver Luck to be the public face of the rebrand. Some of the only mentions of McMahon would come as thanks from head coaches upon their hiring.

In 2001, I was a sophomore in high school in rural Western New York. I remember posting on the original XFLBoard.com. Today, I’m a middle school teacher in Southwest Florida. Now, I’m writing for XFLBoard.com. I feel the same excitement for the XFL today as I did all those years ago.

With each step, the XFL feels more and more real. After the Summer Showcases wrap up, players will be signed to league contracts, and team names, logos, and colors will be revealed. Then it’ll be the XFL Draft, training camps, and…oh my. Then it’ll be February.