In search of talent, Vipers take chances on questionable characters 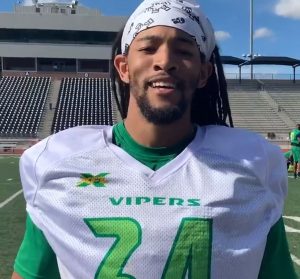 Over the past month, the Tampa Bay Vipers have invested in two characters whose troubles have played a big part in their exits from the NFL. First, they acquired CB Jalen Collins from the LA Wildcats in a December trade. Collins was a second round pick of the Atlanta Falcons in 2015 out of LSU. While preparing for the draft, it was revealed that he was reported to have had multiple drug test failures in college.

Personal missteps followed Collins to the NFL. After a quiet rookie season on that front, his sophomore season began with him serving a four-game suspension for a failed drug test. His third season, in 2017, began similarly, only this time it was a 10-game ban. The Falcons released him after that suspension. A third suspension followed, this time four games. As a free-agent in 2018, he was given another ten-game suspension, his fourth since joining the league three years earlier.

Collins’ story is not one of run-ins with the law, but it’s a risk for the Vipers nonetheless. The XFL does not have a drug testing policy for performance enhancing drugs (which is what the failed NFL tests were reported as being for), at least one that has been publicly released, so as long as Collins is a good teammate and earns his way onto the roster with his on-field play, he’ll be fine. 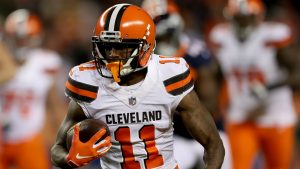 Last week, the Vipers dipped their toe into the water of controversy again, this time by signing WR Antonio Callaway. The University of Florida product comes to a Vipers team that should be on the TV show Hoarders for their propensity to keep Florida players in-state. Like Collins, Callaway was a high draft pick in the NFL (fourth round) who would’ve gone higher had it not been for controversy that embroiled him at Florida.

Callaway was accused of sexual assault while in college and suspended. He was eventually found not responsible for the assault, nor for any University of Florida code of conduct violations. Like Collins, Callaway kept clean during his first year in the league. Also like Collins, his second year began with a four-game suspension for violating the NFL’s substance abuse policy. He was released from the Cleveland Browns for showing up late to meetings. The fact that he was also facing a ten-game suspension – for using a tainted CBD product, per a league source to Cleveland.com – likely played a part in the release from the Browns. He was suspended for the final seven weeks of the 2019 season, and the first three weeks of the 2020 season.

The Vipers needed defensive back help. They took a chance on the tall, speedy Collins. They needed to add deep speed in their wide receiver corps. They took a chance on Callaway and his 4.41 40-yard dash time. Vipers head coach Marc Trestman has made these calculated additions to the team, both appearing to be boom-or-bust acquisitions. Trestman is not a fire-and-brimstone coach, and the success of Tampa Bay’s initial foray into the XFL relies on him not needing to be one. It remains to be seen how he’s able to handle two players who, while talented, bring a lot of baggage to the team and the league. For the perception of the league, they too are taking a chance on Collins and Callaway. Both the Vipers and the XFL hope the only noise Collins and Callaway make is for their on-field play.