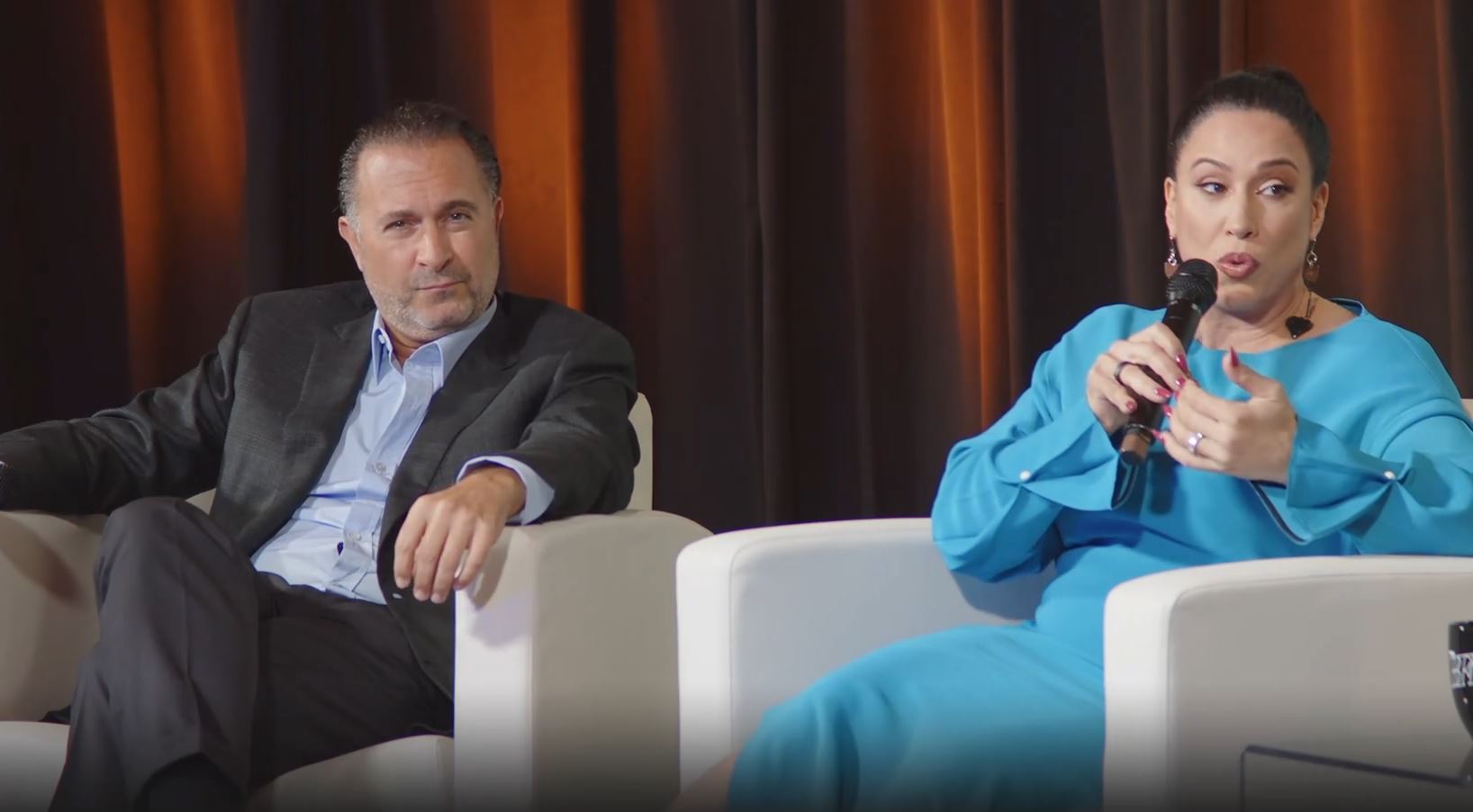 While fans of spring football wait patiently for the XFL to reveal team names and branding, Dany Garcia remains as a positive cheerleader for her league. Garcia detailed innovative plans for the XFL and expounded on how important Dwayne Johnson was to the league’s success.

Today, along with XFL co-owner Gerry Cardinale, CEO of RedBird Capital, Garcia sat on stage for an Axios BFD “Dealmakers Summit” livestream to talk about the XFL.

Dan Primack, a business editor at Axios and host of Axios Re:Cap podcast posed questions to the two XFL co-owners, leading off by asking Garcia why she considered purchasing the XFL?

Garcia pointed out she had a long history with the XFL, as she was around when the first iteration of the league played. However, when the 2020 version of the XFL came out, she thought it had “hit the sweet spot.”

“For myself, I saw an opportunity to take this football universe and wrap it around with layered storytelling, bring it closer to the audience, invest in the athletes even more, bring more technology, and make a property and extend it as if it was a live IP, ” Garcia explained with an overview of her innovative plan for the league.

Gerry Cardinale pointed out the XFL was a viable league, and how the XFL wouldn’t actually compete with the NFL.

“Is there a legitimate demand in the marketplace for spring football?” Cardinale asked. “That initial work that we did, really convinced me that there is an interest there.”

“Football is one of our greatest exports as a country,” Cardinale added. “The Super Bowl ends the season in February, people in that period in the spring, from February to May, people would still like to have NFL quality football. People today also want sports to be entertaining. And you know, I’ve been fascinated within all the investing that we do, you know, the sort of next frontier potentially is investing in league. So I look at these leagues, and I say, ‘those events, a great aggregation of entertainment properties and IP.’ At the end of the day, what really convinced me on this was when I got the call from Danny and Dwayne.”

“We were like Jerry, we were all assessing the property and thinking about who were the best in class partners, we could actually have the opportunity to work with, and the name Jerry Cardinale and Redbird Capital kept coming up, and it was shared that they also had an interest. So we did a mutual outreach to see, you know, what is this? And how are we thinking? And are we like minded? And it was fantastic,” Garcia said.

Then Garcia explained the concept for the league in greater detail.

“They’re going to see the best practices, right? Faster game clock, rules that make sense, dynamic play, and plays that matter.” Garcia revealed. “In addition to that, we’re looking at innovation as far as what happens before our players even get on the field. How are they introduced? How are you experiencing that? We’ll have game activations, we have partnerships coming on, so that you’re not just watching it, but you’re experiencing it, you’re feeling the culture. And to continue with that we have storytelling that’s 365 days of the year. So there’s an additional element that we get to do because we own the league. We get to control the culture. We get to be very, very agile.”

Primack inquired about the concept of team ownership and asked why the league made a decision not to franchise out the teams. Gerry Cardinale responded by saying the XFL had not actually made that decision.

“I think we haven’t made that decision,” Cardinale responded. “I think in the beginning to launch this where, we have to step back and say, Well, what are we trying to do here? What we’re not trying to do is practice Einstein’s definition of insanity where you know, that people have tried this before. And I think where we are diverging from what has been tried before, is we’re not looking to create a competitor to the NFL, we actually have a great partnership with the NFL.”

Cardinale explained further, “Is there a legitimate need in the marketplace for this? There’s no legitimate need in the marketplace to compete with the NFL. The NFL is the ultimate, the dean of football… However, there is a need for a development organization for the NFL on player development. One of the things that I learned is there are 53 players on an NFL team. 53 to 75, could have easily made an NFL team, there’s just only 53 slots. So you ask yourself, is there a value proposition we can actually put an NFL quality product on the field, but make it more entertaining, and you have the two best people in the world if you want to create a live event entertainment company rooted in legitimate football. This is how you do it.”

Cardinale pointed out how The Rock and Dany Garcia’s track record in running an entertainment company was considered to be an extremely valuable asset to this version of the XFL, something the 2020 incarnation of the league did not have. Ironically, it should be pointed out how the first XFL had two world-class entertainment companies behind it, and its failure was legendary.

Switching to team locations, Dany explained the thought behind having no teams in LA or New York, and other big television markets like Philadelphia and Chicago.

“We were very specific when we were doing our analysis of where our teams would be as far as the cities,” Dany explained. “So, our XFL teams are very, very tied to their communities and can tie to football, with heavy football, ethos, cities where we can thrive because we knew we were bringing the fans back to the game. So for our analysis, it made tremendous sense to do the locations that we have now. Because these larger markets can always be in the future.”

Primack asked about The Rock and how important it was for his celebrity status to contribute to league success.

“DJ is a force hands down,” Garcia pointed out. “The elements that have led to his 450 million followers all over the world… that’s the value proposition that we’re bringing. Dwayne is deeply involved, and super passionate about the XFL…. the athletes and the audience relate to what he’s saying. They see the authenticity. So he’s extremely important.”

With Dwayne Johnson busy promoting his mega-hit movie Black Adam he was not available for this livestream, however you get the message he would be there if he could. We have seen this before, where The Rock showed up and was the centerpiece of other XFL announcements and events. With Johnson unavailable, there seems to be an explanation why the league hasn’t gone ahead and released its team names and branding. They are waiting for Johnson to be available, and add his personal cachet to the event.