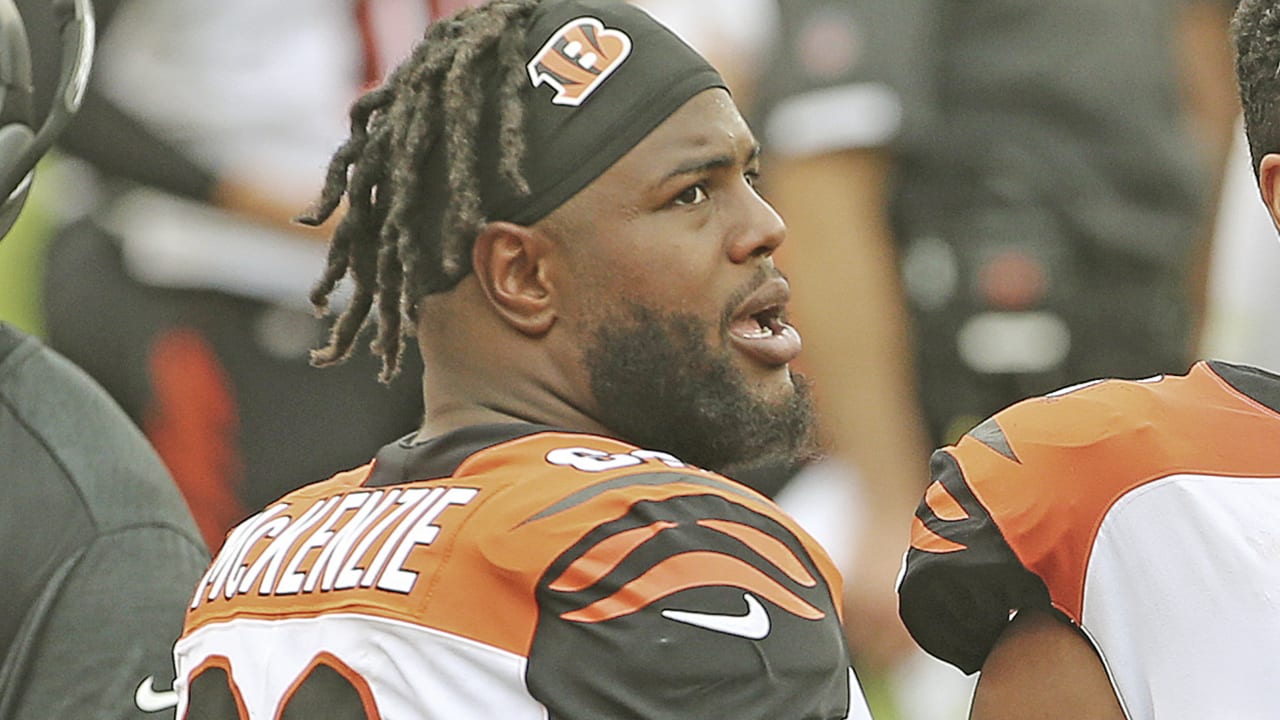 At the conclusion of the NFL regular season, more than 30 former XFL players had a place on team rosters or practice squads. Others rotated in and out of the league throughout the season. Still others made their way through the workout circuit, even if they never signed with a team.

This is part one of a multi-part, in-depth look at those players and how they performed in the NFL this season. Part one will feature players on AFC non-playoff teams. Future installments will be posted about every week. Contract details are courtesy of overthecap.com.

In the XFL: Campbell was a 1st round pick by the Defenders in the defensive backs phase of the XFL draft, coming off a 2019 season with the AAF’s Birmingham Iron. Prior to that, he spent the summer of 2018 with the Cleveland Browns. The Northern Iowa product had six tackles and two passes defensed as a starting cornerback for Pep Hamilton’s defense in the XFL.

In the NFL: The Jets signed Campbell to their practice squad in early November. He was promoted to the gameday roster in week 13, then signed to the active roster in early December. Campbell played a total of three games, mostly on special teams. On the team’s unofficial depth chart, he was listed as third-string corner to end the season.

What PFF (Pro Football Focus) tells us: He saw his most extensive action with 11 snaps on kick coverage. Campbell played two defensive snaps, both in week 16, one in the slot and one out wide. He finished with a 62.1 overall grade and accumulated no defensive stats.

2021 outlook: A new coaching staff will decide Campbell’s fate with the Jets in 2021, as head coach Adam Gase was dismissed at the end of the season. Campbell will likely battle for a final corner spot next summer. He is under contract for with a $780,000 salary next season and will be an exclusive-rights free agent in 2022.

In the XFL: McKenzie was a part of a three-team trade on January 20th, going from D.C. to Los Angeles. Listed as an offensive guard, McKenzie ended up going on injured reserve for the Wildcats on February 22nd. He was originally drafted into the NFL as a 6th round choice of the Kansas City Chiefs in 2018.

In the NFL: McKenzie was a late addition to the Cincinnati Bengals training camp roster, beginning the regular season on the team’s practice squad. He was moved back to his college position of defensive tackle. Three times during the season, McKenzie was a gameday elevation from the practice squad before being signed to the active roster on October 17th. He was released a week later but signed back to the practice squad. He was again signed to the active roster on January 2nd. In seven games, he made eight tackles (four solo, four assist) with one tackle for loss.

What PFF tells us: McKenzie graded out poorly coming in at 44.4 overall for the season. He fared better against the pass than the run. He saw a handful of snaps each game as a backup, with his most extensive action coming in week 17 with 28 snaps.

2021 outlook: McKenzie’s opportunity for playing time in 2020 came with fellow defensive tackles Geno Atkins and Mike Daniels on reserve lists. Three players at that position are free agents in 2021, but the Bengals are expected to address the position either in free agency or the draft – they were fourth-worst in the league in run defense in terms of yardage given up in 2020. If McKenzie doesn’t make it in 2020, he could be stashed on the practice squad again. McKenzie is slated to make $850,000 next season, then become a restricted free agent in 2021.

In the XFL: The first overall player selected in the offensive line phase of the XFL draft, Norton anchored the left tackle spot on L.A.’s line. He finished the five-week season as the XFL’s highest-graded offensive lineman according to PFF. His protection of Josh Johnson’s blindside allowed the veteran quarterback to throw for over 1,000 yards and 11 touchdowns.

In the NFL: Norton signed with an NFL team just four days after the XFL ceased operations. Norton made the Chargers’ roster out of training camp as the team’s swing tackle. As the season progressed, Norton earned more and more playing time. He started three games (one at LT, one at RT) and played in five.

What PFF tells us: Los Angele’s offensive line has long been a sore spot for the team, and that was no different in 2020: PFF had it graded as the worst offensive line in the league. On the bright side, Norton’s grade of 65.1 led the line. Look for Los Angeles to once again spend draft and free-agent capital to upgrade this spot.

2021 outlook: Did Norton show enough to earn the right to fight for a starting job next season? It will depend on the new coaching staff, as head coach Anthony Lynn was fired at season’s end. If nothing else, Norton should have a leg-up on a backup role. He will make $780,000 next season and will become an exclusive-rights free-agent after 2021.

In the XFL: Parham was a breakout star in the XFL in 2020. A 9th round draft pick in the skill position phase, Parham beat out Sean Price to start at TE in Dallas. He was third in receiving for the Renegades, grabbing 24 passes for 307 yards and leading the team with four touchdowns. Even more impressive, Parham put up those stats with Dallas’s QB situation in flux for much of the season.

In the NFL: Parham had a number of NFL parties interested in his services after the XFL shut down. He signed with the Chargers on April 14th. Thought to be battling Stephen Anderson for the third and final TE spot, the Chargers decided to keep both. When second-string TE Virgil Green went on injured reserve, Parham’s playing time increased. In week four, he caught his first NFL pass, a highlight-reel touchdown. He played extensively in the final two weeks of the season. In 13 games, he caught 10 passes for 159 yards and three touchdowns.

What PFF tells us: Parham finished with a 64.5 grade, and as expected, performed better as a receiver than a blocker. In weeks 16 and 17, Parham played 46 and 38 offensive snaps respectively, whereas prior to that his game-high offensive snaps was 24 in week 15. The Chargers took advantage of Parham’s athleticism, as one-quarter of his snaps were from the slot rather than the traditional in-line TE position.

2021 outlook: Parham is under contract for 2021 at a salary of $780,000. He will become an exclusive-rights free-agent in 2022. Fellow TEs Hunter Henry, Green, and Anderson are all free-agents and not all will be retained. That could allow Parham to refine his game and rise up the depth chart for 2021. He has a better chance than most who will appear on these lists of making next season’s opening day roster.

In the XFL: Patrick was part of Tampa Bay’s two-headed rushing attack with De’Veon Smith. That position was the strength of the Vipers’ offense. Patrick averaged 4.2 yards on 60 carries, with two rushing touchdowns. He also caught five passes for 49 yards. He was selected in the second open phase of the XFL draft.

In the NFL: Cut by the Bengals at the close of training camp, Patrick resurfaced soon after with their practice squad. He remained there for the duration of the NFL season and was never elevated for any game.

2021 outlook: Patrick signed a reserve/futures contract with Cincinnati on January 4th. This ensures him a spot on the offseason roster. Samaje Perine is the only running back for the Bengals who will become a free agent, but the team will also get Joe Mixon back from injury. Patrick may have to battle Perine or Trayveon Williams for the last running back spot.

In the XFL: An example that scouting is an inexact science, Davis, selected by St. Louis in the third open phase of the XFL draft, was released at final cuts. He was retained by the league and assigned to Team Nine. After the first week of the season, TE Cole Hunt went on injured reserve and Davis was re-signed by the BattleHawks. Davis was St. Louis’s third tight end for the rest of the season, behind Marcus Lucas and Wes Saxton. He was inactive for three of the four weeks he was with the BattleHawks.

In the NFL: The Stony Brook product signed with his local team, the New York Jets, in August. The 6’8” 260-pound former offensive lineman didn’t make the roster but was brought back to the practice squad in November. He stayed there until the end of the season, when he was signed to a reserve/futures contract.

2021 outlook: Like Parham, Davis has intriguing size but needs more seasoning at the position. While the Jets are deep at tight end, they may look to become more dynamic there in the offseason. Davis doesn’t fit that profile but will work to make the team as a block-first third-stringer.

In the XFL: Another member of the Houston defense made the NFL. Wright was a supplemental draft selection by Houston. He started at defensive end in Ted Cottrell’s 3-4 defense. On the season, he had 10 tackles, 1.5 sacks, three QB hurries, three tackles for loss, and a pass defensed.

In the NFL: Wright didn’t camp with a team and spend most of the season on the street. Jacksonville finally picked him up on December 7th and placed him on their practice squad. That’s where he stayed until the end of the year. He made enough of an impression in that short amount of time to sign a reserve/futures contract with the Jaguars.

2021 outlook: Jacksonville’s defense struggled, particularly up the middle in the run game. They’ll have a new coaching staff and potentially a new defensive system. Defensive tackle was a trouble spot, though they have some young talent there. Even with the team’s shortcomings, it’ll be tough for Wright to crack the lineup next season.