How far outside the box is the XFL willing to go? 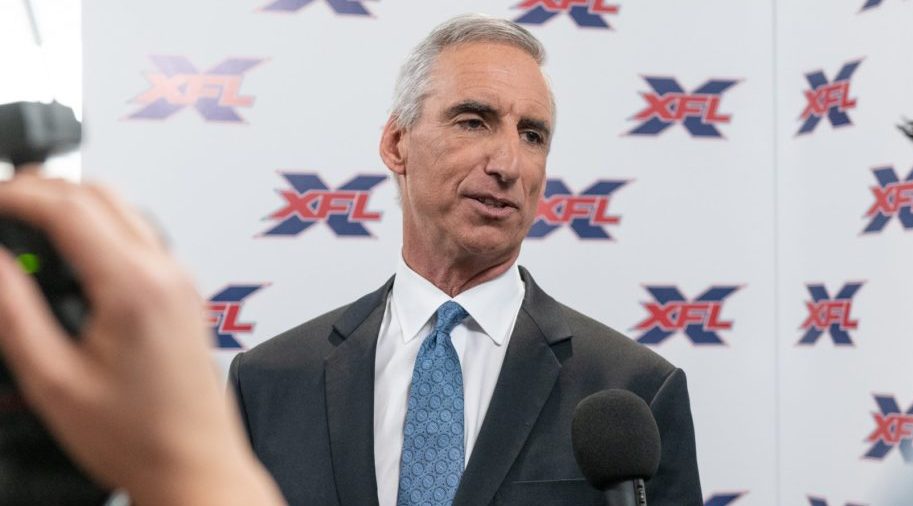 It may be Vince McMahon who is funding 500 million dollars for the new XFL, but make no mistake, this is Oliver Luck’s league. How innovative will he take the 2020 version of the XFL?

XFL CEO Oliver Luck has made the media rounds for several months now. He’s done hundreds of interviews where he has stated that the 2020 version of the XFL will lean more towards being a conventional pro sports league than the 2001 version. It may be Vince McMahon who is funding 500 million dollars for the new XFL, but make no mistake, this is Oliver Luck’s league. As an executive, you can’t get someone who is more by the book than he is. His reputation is impeccable and he has all the makings and resume of a potential future NFL commissioner.

As illustrated here on XFLBoard in the past few months, the new XFL has an uphill battle in changing their image and negative perception. The original XFL was an outlaw league that didn’t play by the rules of traditional sports. The game rules were radically different. A big part of the league’s focus was sex and violence. The league bucked the system and strayed from tradition. From the team names to the player nicknames, the XFL was a proud enemy of the NFL, and they bragged about it.

Oliver Luck’s intention is to not repeat the same mistake twice. For starters, the XFL has been playing nice with the NFL. Oliver Luck has bent over backwards complimenting the NFL. He has many friends and associates within the league. Luck played in the league. He worked for the NFL as an executive, running NFL Europe for 10 years. His son Andrew is one of the most respected players in the NFL. Oliver Luck has stated on several occasions that the XFL can’t and won’t compete with the NFL. This is a 180-degree turn from what the original XFL’s mission statement was. The league plans on having no cheerleaders this time around, no “Death Blow” nicknames on the back of the jerseys, and no wrestling elements in the presentation whatsoever.

Despite all of this, the 2020 version of the XFL may still try to buck the system, but in a totally different way, with an entirely different approach. Despite Oliver Luck’s statements and the league’s new branding, there are hints that suggest the league is going to try and be different rather than just fit in to the sports landscape. As covered here last week, the league will have to be innovative yet again from a broadcasting standpoint. The league is also testing out new rules, but it doesn’t figure to stop there.

How far is the XFL willing to go outside the box? Let’s start with high school football players. Are they going to dip their toes in the water, or completely dive in and start recruiting 4 and 5 star recruits, in an effort to try and get them to skip college and turn pro in the XFL? Would Oliver Luck, a man whose previous job was as an executive for the NCAA, start to ruffle some feathers with his old bosses, and starting signing away potential college football players? Like an episode of HBO’s “Ballers,” does the league decide to take the stance that these young athletes need to start being paid?

Make no mistake about it. Once the XFL signs a top high school or college football recruit, there’s no turning back. The XFL will become an enemy of the state, whether that’s their intention or not. It will be seen as firing a shot against the system, the NCAA, and it could disrupt the NFL’s current 3-year eligibility rule.

Does the XFL target college football players in the transfer portal? The CFL has signed one recently in former Auburn/FAU WR Kyle Davis. He signed with Saskatchewan of the CFL rather than transfer to another college. This could clearly be another area that the XFL’s scouting department targets. Led by Oliver Luck, Doug Whaley, and Optimum Scouting, the XFL’s football brain-trust are leaving no stones unturned. XFL management even held court with player agents at the NFL Combine to try and sell them on the possibilities of their players signing with the XFL as undrafted free agents.

Allowing fans to call plays? On the surface, this sounds like another radical idea. The XFL’s brain-trust was in Jacksonville Florida this past week testing league rules with Your Call Football, a tech company which is finishing up their 2nd series of games this Monday night. Your Call Football allows fans to choose from one of 3 coach selected plays through their App. The clickbait and misleading nature of sports sites, is to suggest that the XFL is going to have fans be the coordinators rather than actual football coaches. On hand for the XFL’s partnership with YCF, was the league’s four hired GM/Head Coaches: Bob Stoops, Jim Zorn, Marc Trestman, and Pep Hamilton. The players in YCF playing in these games, and testing out XFL concepts/rules, were all signed up and scouted by the XFL’s Director of Player Personnel Eric Galko.

Thus far, the XFL has gone by the book when it comes to football hires… specifically, the league’s Head Coach/General Managers. The first four hires consist of two former NFL head coaches, a former NFL and College Football Coordinator, and a major college program head coach. Between the four of them, they bring many years of coaching experience, a national championship, and three Grey Cup championships in Canada. Will the league’s final four HC/GM hires all have the same type of pedigrees? Rather than go along the same formula, the XFL could decide to go in a different direction for their last four hires.

Former NFL player and future hall of famer Isaac Bruce has expressed an interest in joining the XFL as the HC/GM of the St. Louis franchise. Would the league consider someone who has no coaching experience? Could the last group of GM/Head Coach hires consist of coaches who have never held those roles? XFL VP Doug Whaley’s NFL PA collegiate bowl had two charismatic former NFL players coordinating defenses in Ed Reed and Bryan Cox. Both men do have coaching experience, but would the league think outside the box and hire one of them to run one of their teams? Your Call Football‘s two head coaches, Merril Hoge and Solomon Wilcots, are former players and NFL analysts. These types of hires would go against the grain of standard sports league hires.

Retread is an ugly word, and there are dozens of former NFL and College Head Coaches available that would fall into that category. Instead of sticking with the status quo, could the league look for someone as innovative and outside the box as a Kevin Kelley? The “mad scientist” head coach of the Pulaski Academy Bruins in Arkansas has won several state titles. His claim to fame is never punting, always going for onside kicks, and running several trick plays every game. If the XFL is looking to be innovative and re-imagine the game, would Kevin Kelley be someone they would target?

The truth is in order to stand out and get attention, the XFL is going to have to take a uniquely different approach than other upstart sports leagues have in the past. It’s a fine line of trying to figure out where the line is, and when it’s okay to cross it. You want to give sports fans a reason to watch, while at the same time, not giving them a reason not to watch. It’s going to be a delicate balancing act from now until next February. It’s pretty clear at this point that the XFL is not looking to be a developmental league. They have no interest in being a minor league, and they want to be a legitimate pro sports league. The goal is to start their own path and not follow the path of others. How does the XFL do that and still find a way to fit into the standard sports landscape?