How does the XFL plan to reimagine the football rule book?

When the XFL was first announced Vince McMahon said, “We want to re-imagine the game of professional football.” Since then, the league has worked on a concept of a faster, more fan-friendly game, with “less stall and more ball.”

Since then, this concept of a better game has moved several steps closer to reality, especially since the XFL has been testing its planned rule changes with The Spring League, Your Call Football, and at community colleges in Mississippi. 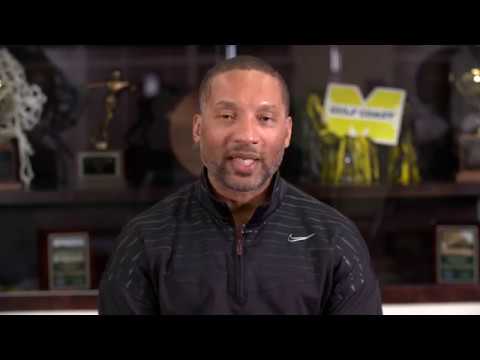 The XFL has considered the idea of treating passes behind the line of scrimmage as lateral passes, which would allow more than one forward pass to occur. The league feels this would simplify officiating, since it would be easier to judge whether or not a player was behind the line of scrimmage, compared to whether a pass was a lateral or not. The XFL trialed this rule during testing in Mississippi. However, it is still not clear whether a dropped pass is an incomplete pass or a live ball.

As opposed to the AAF, which did away with kickoffs, the XFL plans to embrace this exciting aspect of the game. The XFL plans to move the spot of the kickoff back to the kicking team’s 15-yard line, which is hoped will reduce the amount of touchbacks. However, in the case that a touchback happens, the ball would be spotted at the 35-yard line. It is hoped that this would encourage kickers to strategically kick the ball as close to the goal line as possible, and further serve to increase the amount of kick returns in the game.

The XFL is considering doing away with fair catches, and instead rely on a halo rule to protect the kick returner. Just like in the CFL, and the original XFL, the kicking team will be forced to give the returner five yards of space to recover and return the ball.

In an attempt to speed up the game, the XFL plans to run the clock continuously, only stopping during a change of possession, and during the two-minute drill, which the XFL will retain. The XFL also plans to reduce the play clock to the shortest time of any American football league, being 25 seconds, measured from the end of the previous play. It should be pointed out that the original XFL, and the AAF, used a 35-second play clock, and Arena football uses a very similar 32-second clock. NFL and college football use a 40-second clock. The Canadian Football League uses a relatively short 20-second clock, however it begins when the ball is spotted, which usually adds up to 15 seconds between plays.

In direct response to the shortened time clock, the XFL has been trialling a one-way radio placed in all offensive players’ helmets to allow the offensive coordinator to call play on the fly. Theoretically, this would eliminate the need for a huddle.

The XFL plans to incorporate a “ball judge” who will be responsible for the placement of the ball, and thus speeding up the game. This would bring the number of on-field officials to eight.

The AAF used a “Sky Judge,” who was an additional official in the booth that had the purpose of reviewing on-field decisions. Oliver Luck has said he thought this was a great innovation to the game and indicated they were considering implementing it in the XFL.

The XFL may add a “tap” penalty which would be given to individual players who commit a foul that is not serious enough to warrant a penalty flag. The penalty will result in the player being sent off the field for one play, but not resulting in the team being short a player, as a substitute for the offending player will be allowed. The idea is to keep the game moving quickly, while still addressing rule breakers.

Other potential rule changes that have been discussed

We are not sure which of these proposed rules will be adopted by the XFL. However, we know that the official rulebook will need to be released soon, in advance of upcoming training camps. We look forward to seeing the XFL’s rule innovations.