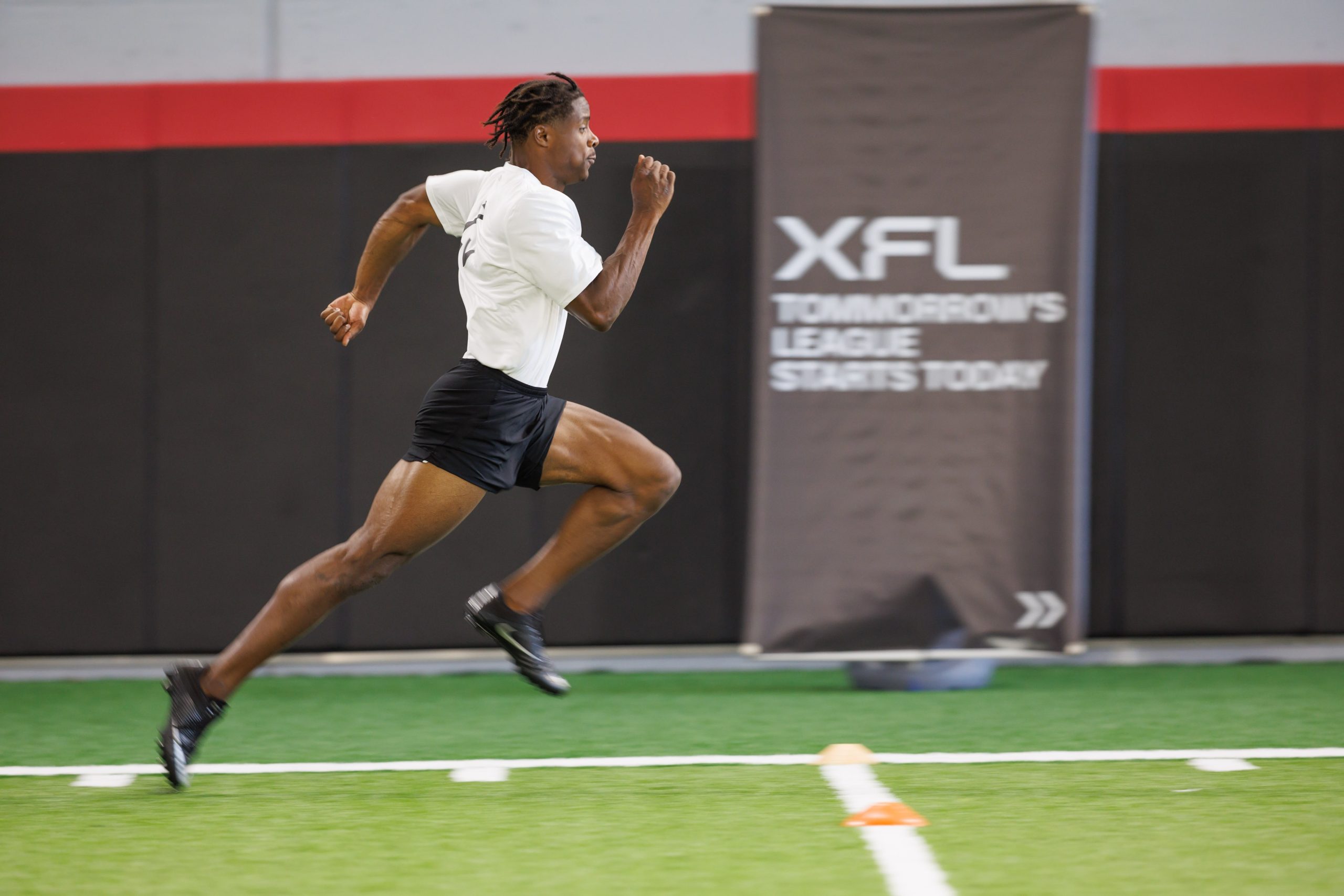 Before XFL teams can begin holding draft meetings and setting their boards to stock their rosters, all eight coaches and the league office have to first work together to create the pool of players who will be eligible for the draft in November.

That’s what the six XFL Showcases this summer are about: Finding talent for inclusion in the draft pool. In that way, the Showcases put on by the league in 2019 had a similar purpose. The main difference is in the numbers: Around 100 players were at each of the eight Showcases held three years ago. With two Showcases in the books this year, over 250 participants were scheduled to attend the Washington, D.C. and Florida events.

How does a coach, or his staff, ensure that they’re selecting the best players from these Showcases for inclusion in the draft pool? How can proper evaluations be made amid the organized chaos of simultaneous drills occurring over the entire field? Even though the group is split into two sessions, that’s still well over 100 players per session.

The need to give at least the perception of a fair shake to each player became more important this year with the players paying their way into four of the Showcases at a cost of $250 per player ($410 to include video of your workout). The last thing the league wants is the public relations mess of a player coming out after the fact and claiming they didn’t get their money’s worth.

One way of making sure players get appropriate bang for their buck is to ensure that they get an equal amount of reps in each drill. XFL Senior Vice President of Player Personnel Doug Whaley told me on Sunday that American National Combines, that group that runs the Showcases, makes sure the reps are divvied up equally.

Whaley also revealed that the group of 250+ entrants wasn’t made up exclusively of registered players; some were invited by the league. “There’s a group we invited that we wanted further evaluation, and that was because we had previous film on them, so they (the coaches) could really do some discovery beforehand,” he said. But he also said circumstances might have led to the league not having a lot of film on a player for one reason or another. That led to the decision to open up the tryouts as well.

“There’s so many people out there that may not have a collection of film for us to really evaluate,” said Whaley. “Those are the guys that, maybe he only played a year-and-a-half and only was the backup, but…he was behind a guy who got drafted, so he really didn’t have his chance. So he didn’t have enough film for us to say, ‘oh, let’s invite him.’ But he registered, he’s come out here, he shows his skill, and that’s where the discovery part comes in…This is a league of opportunity, and this is one of the ways we give them opportunity.”

With most head coaches on hand at these workouts and only some coordinators and directors of player personnel, it seems like a gigantic undertaking to properly scout and evaluate all of these players. But remember: These coaches aren’t scouting players for who they want on their team; at least not yet. For now, they’re only looking for the most talented competitors to include in the draft pool.

“When you’re starting a league…you’ll go into team mode at the draft. But before the draft, it’s really, as a league, do the evaluations for the league player pool, and then we’ll go from there,” Whaley told me on Tyler Dunne’s Go Long Happy Hour last week.

The on-field play of a league is a key determinant of its survival, so it’s imperative that personnel choose the best players possible to include in the draft. Because of this importance, the Showcases are not simply one-day affairs. Film not only of the Showcase workouts but of the players’ college and pro tape will be viewed by the league in determining fitness for inclusion in the draft pool.

The XFL’s partnership with BreakAway Data allows them another tool in which to assess the players. “You add to it the benefit of BreakAway Data, what they’re bringing to the table, filming this so now we can eyeball these guys and say, ‘hey, I kinda like this guy,'” said Whaley. “And then when our DPPs (directors of player personnel) get home with our coaches, they’ll have them broken up on a film study and they can go through and really evaluate and analyze them that way.”

Each head coach has a different philosophy on how and what to observe during the actual Showcases themselves. “I think the biggest thing for me is just kinda trying to shave down the list,” said Anthony Becht. “I mean, there’s a lot of guys who want to show their talents. I think a lot of the coaches here…know what guys should look like, move in the different types of things that they’re doing. And then from there, we can go back if we have a check-mark or a plus, however anybody’s doing it, we can go back, watch some film, correlate it with some of the times, and then try to evaluate it and get that list to where it can be usable for the draft in November.”

Terrell Buckley cited video study as important as well, but he likes to get a unique view of the workouts. “I like standing in the middle of the field,” he said. “I don’t want a sheet. And I look at everybody. Are you standing out? Are you getting to the front of the line or the back of the line? Are you finishing your drills? Are you listening to instructions?…For me, I want to see that flash.”

“The great thing is, we have modern technology – we do have film,” joked Rod Woodson. “So I can’t watch all of them today, but I can see them all eventually. Today is more, who catches my eye? I’ll put an asterisk beside them. But then I’m going to go back and watch all of them. Because you never really know.”

“You never really know” could be one of the slogans of the XFL. Whether it’s a backup from a major program, or a starter from a Division III school or someone from a semi-pro league, the XFL Showcases bring them all together in front of a cadre of league personnel. And once those players hit the field…you never really know who will catch someone’s eye.