Houston, We Have Lift Off! 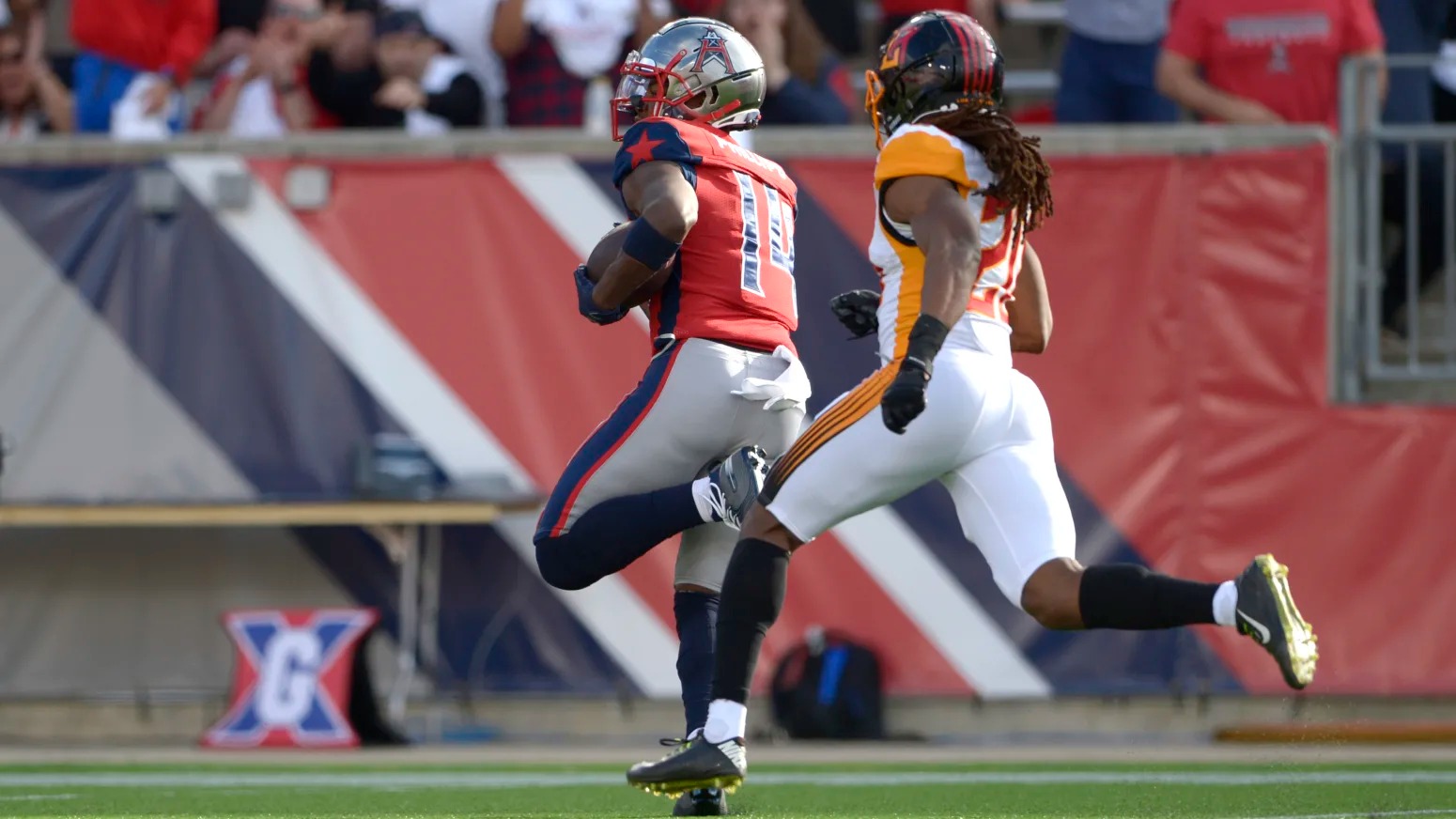 Game 1 is officially in the books. The Houston Roughnecks defeated the Los Angeles Wildcats Saturday night 37-17 in a game that was really a game of two halves. The first half was a back and forth affair that was a game of momentum. The second half was a total domination by the Roughnecks, that really showed the separation between these two teams. Now, do keep in mind that LA was missing their starting quarterback, Josh Johnson, due to a lingering injury he has been facing since Training Camp. So we will have to wait until Week 8, March 29, at Los Angeles, to see these two teams square off at full strength. But I’m not sure how much of a difference it’s going to make, because by then, Houston’s offense will really be clicking, and we could see that game get out of hand quickly. But until then, we only have this game to go on. So let’s get into it.

Roughnecks got the ball to start off, and it didn’t take long for them to put their stamp on this league. Within just three plays, PJ Walker hit Cam Phillips with a 50 yard bomb for a touchdown, and the crowd erupted. That’s how you get a crowd fired up! It’s funny, because on the broadcast, Joel Klatt talked about taking a shot, and take their shot they did. They would go on to miss the conversion, but they were on the board early 6-0. But the Wildcats were not intimidated. They marched right down the field and added a touchdown of their own, after Chad Kanoff ran it in to make it 6-6. But unlike the Roughnecks, they converted on their 2 point conversion, so they took the lead 8-6. Later on in the 1st quarter, the Wildcats muffed the punt, which gave the Roughnecks the ball on LA’s side of the field. But it was a wasted possession, as Sergio Castillo missed the field goal try wide left. That would bring an end to what was a back and forth opening quarter between two of the league’s best teams.

The 2nd quarter got under way, and the Wildcats continued moving the ball successfully against this shaky Houston secondary. Nelson Spruce was all over the field in this game. No matter what Houston did, they didn’t have an answer for him. He was killing them in between the numbers, and it ultimately lead to a touchdown pass from Kanoff to Jordan Smallwood on the left side of the endzone. They failed to convert after the touchdown, but extended their lead to 14-6. But you knew the Roughnecks were going to come back fighting hard, and they did just that. PJ Walker led them right down the field, and they ended the drive with a touchdown on a screen pass to James Butler, who ran down the right sideline into the endzone. The Roughnecks would fail to convert for the second time, but they would close the gap 14-12. Los Angeles kicker Nick Novak would add a 35 yard field goal, to make it 17-12, but that’s where anything positive for the Wildcats on offense would come to an end. PJ Walker and the Roughnecks took over this game. On Houston’s final possession of the half, Walker hurled an absolute bomb to Sam Mobley, that was knocked away by Harlan Miller, which would have been a touchdown. But I guess PJ Walker and June Jones thought, why not try it again. Walker dropped a 39-yard bomb to Sam Mobley for a touchdown, and after yet another failed conversion, (0-3 up to this point, we’ll get to this in our analysis), they would go up 18-17 with a 1:03 left in the half. Now, the Wildcats could have possibly taken the lead heading into the locker room, but due to mismanagement with the clock and timeouts by Winston Moss they were not able to get a field goal off in time as the 1st half came to a close.

Now we get to the 3rd quarter. Remember when the Wildcats led the Roughnecks 17-12 in the 2nd quarter? That would be the last time the Wildcats have not only have the lead, but would even score a single point. The Roughnecks would end up scoring 25 unanswered points on their way to a 37-17 victory over the Wildcats. PJ Walker threw his 4th touchdown pass of the night to Kahlil Lewis, and Walker decided to run it in himself for the 2 point conversion, their first successful attempt of the night, to make it 26-17. Sergio Castillo then added a 44 yard field goal to make it 29-17, and that would be the end of the 3rd quarter.

The 4th quarter would see the Wildcats Jalan McClendon get some time at quarterback, and it would not go well for him. Deatrick Nichols would intercept his pass, and just six plays later, the Roughnecks would pound it into the endzone again, this time with Butler running it in on the ground. They would then convert on their 2nd consecutive 2 point conversion, to make it 37-17, as they opened a 20 point lead, and would hold that until the end of the game.

Houston absolutely dominated the second half of this game, and Walker was sensational. He finished with 23 of 39 passing for 272 yards, 4 touchdowns and 1 interception. His pick came late in the game during garbage time, and it was in the redzone, but all in all, PJ Walker made a case for himself, that he should be considered as an early MVP favorite. The Roughnecks proved their passing offense is exactly as advertised. In my opinion, it’s the best in the league, and with PJ Walker playing at an elite level, probably better than people even imagined. Now, one concern I have, are the point after touchdown conversions. They did convert on their last two, which gives me hope that they can get better, but they will need to. Especially when they get in these games that are going to be close. Now De’Angelo Henderson did go out early in the first quarter with a shoulder injury, so I do believe he will make life easier in that department when he gets back. But if they can improve in that area, their offense will be near impossible to stop. Now as far as their defense is concerned, I think we still have to wait and see when they play a top tier quarterback. They played fine in the second half, but they showed vulnerability in that first half. Especially with slot receivers. As I stated earlier, Nelson Spruce killed them in between the numbers, and that might be an issue as the season progresses. But all in all, last night Houston proved what most people already believe, that they are one of the XFL’s elite teams, and they are a force to be reckon with.