In a close game, the Houston Roughnecks escaped Tampa Bay with a 34-27 win over the Tampa Bay Vipers. 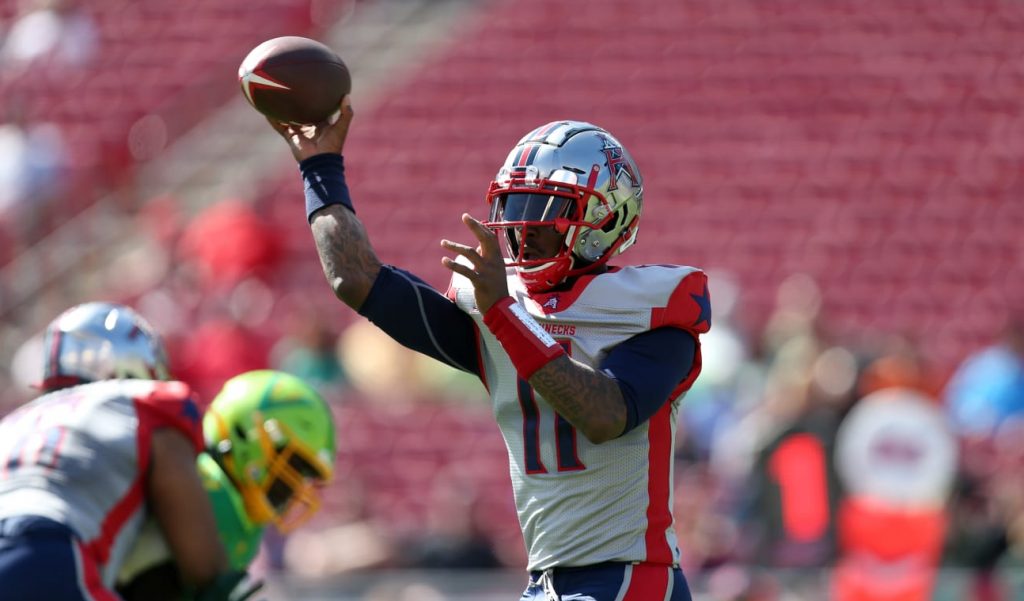 Houston QB PJ Walker led the Roughnecks to a win over the Vipers. (Credit XFL.com)

In a close game, the Houston Roughnecks escaped Tampa Bay with a 34-27 win over the Vipers in what was not only a competitive game, but an exciting one that came down to the wire. The Roughnecks came in with a perfect record of 2-0, and they left with a perfect record of 3-0, but it was not easy. They played a desperate Tampa Bay team that was looking for its first win of the season, and the Vipers showed a fight and heart that their hometown fans desperately wanted from them all season.

Once again this week, it was the PJ Walker/Cam Phillips show. The duo connected on three touchdowns for the second week in a row, and they further cemented the fact that they are without a doubt, the most unstoppable force in the XFL. PJ Walker was outstanding with 306 yards through the air, 34 yards on the ground, 3 touchdowns through the air, and one crazy touchdown run that came on a fumbled snap. His pocket presence remains excellent and he still does an excellent job of keeping his eyes down field. That was displayed beautifully on Walker and Phillips’ 84-yard touchdown connection, in which Walker escaped the pocket, got crushed by two defenders, and threw a perfect pass to Phillips, who then turned on the gas and did the rest. Their chemistry is what has separated the Roughnecks offense from the rest of the league, and I don’t see any defense in the XFL that can slow them down.

But it wasn’t just the passing game this week. Oh no. The Roughnecks ran the ball very effectively. James Butler was excellent, with 72 yards on just 7 attempts, and he pulled off some big time runs, especially late in the game. PJ Walker also added to the running game with some timely runs, for a very balanced offense this week. Look, we all know, the Roughnecks bread and butter is the “Run and Shoot” high flying passing game. But, if June Jones can find success with the running game as well, this offense will be impossible to stop.

But, we have to talk about the most worrying part of the team. The defense. As I have said every week, this defense is good enough to win a Championship, because the offense is going to score a lot of points. However, good enough does not mean great. Because a great defense, they are not. They are opportunistic, which once again helped with Gates sealing the win with a interception in the closing minute. But just like the Wildcats and Battlehawks before them, the Vipers were able to move the ball regularly against this defense, and it might become a problem as the season progresses. Again, because this offense is so great, it’s not that big of a problem, but once you get into the playoffs, and play the elite of the elite, it might be the thing that breaks this Roughnecks team. They can get to the quarterback, that’s for sure, but if they don’t, they can be exposed. Hopefully, they can clean that up as they continue the season, because it’s the only thing that is potentially holding them back.

All in all, the Roughnecks are likely the best team in the XFL, and until somebody shows that they can slow down PJ Walker and Cam Phillips, fans should take the Roughnecks against anybody. Houston, you are still undefeated.