We take a team-by-team at the XFL Eastern Division and look at what QBs they’ll be taking to camp and the odds they’ll exit camp as the starter.

As go the quarterbacks in the XFL, so goes the league. The quality of play will be directly tied to the quality of quarterback play, and while the XFL was able to acquire some of the best talent available at the position (by paying a premium for it), it remains to be seen if it’ll translate onto the field.

We’re coming up on yet another milestone in the rebooted version of the league, as minicamps open this week. It will be the first opportunity for quarterbacks to test out the new rules and work intensely with their coaches and playbooks. All eyes will be on them.

In addition to a higher salary, each quarterback assigned prior to the initial draft has become the face of the franchise. Whether it’s attending fan functions, calling season ticket holders, or being seen on social media, those quarterbacks have become ambassadors for their brand.

One would imagine they’d have a leg-up in the camp competition at that position, but who knows? There are no holdovers from previous years; theoretically, everyone walks in the first day with a clean slate competing to start. That includes the quarterbacks.

The original XFL’s starting QBs by league end didn’t resemble those at the helm in week one, and it wasn’t all due to injury. So just because a player wins the starting job in camp doesn’t mean they have a long leash once the season begins, especially because of the high stakes for the first season of the league from the standpoint of both the league and each individual team.

But since the QB position IS the most important and most visible (and most highly-paid) position in the league, let’s take a team-by-team look at what QBs they’ll be taking to camp and the odds they’ll exit camp as the starter (barring injury). We’ll start in the East: 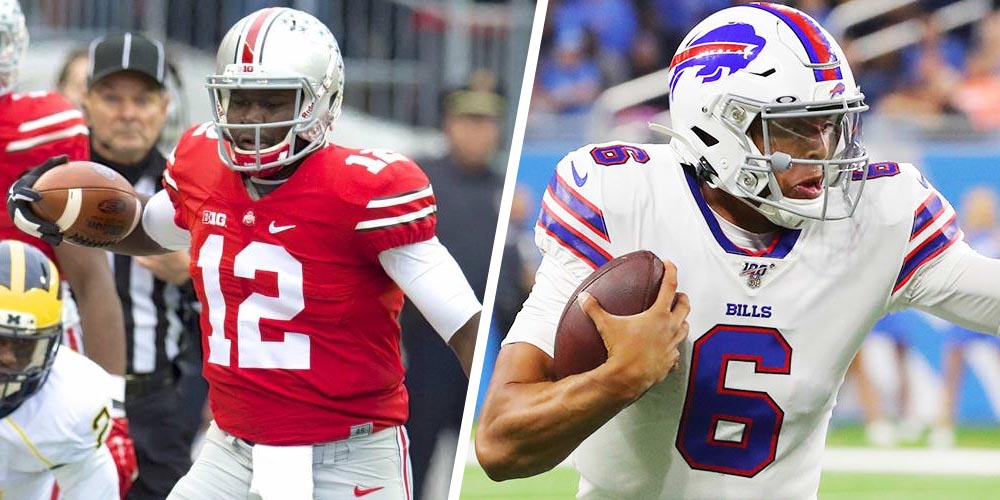 DC will apparently be one of three teams that will only have two quarterbacks in camp. Jones and Jackson are similar players in some ways – both have prototypical size and arm strength, and neither have been able to turn those traits into accuracy and consistency.

Jones was a fourth-round draft pick of the Buffalo Bills in 2016, and with the likes of Tyrod Taylor and EJ Manuel in front of him on the depth chart, there was a thought that Jones could be the QB of the Bills’ future. Not only did that not happen, the Bills apparently had seen enough by July of the next year, sending him to the LA Chargers in a trade. Because of his limited game action in college, DC and head coach Pep Hamilton hope Jones, at 27 years old, is a late bloomer.

While Jones was assigned to DC, the Defenders picked up Tyree Jackson in the open portion of the draft. Like Jones, Jackson began his NFL career with the Bills after playing collegiately down the road at the University of Buffalo.

Jackson had draft grades as high as the third and fourth rounds (by Lance Zierlein of NFL.com) but ended up going undrafted. The Bills didn’t see enough in him to bring him back to the practice squad after he was released during final cuts. Just 22 years old, Jackson has the tools to be a starter in this league, but he may need more time to develop. Jones seems like a safe bet to lead the Defenders in their season-opener against Seattle. 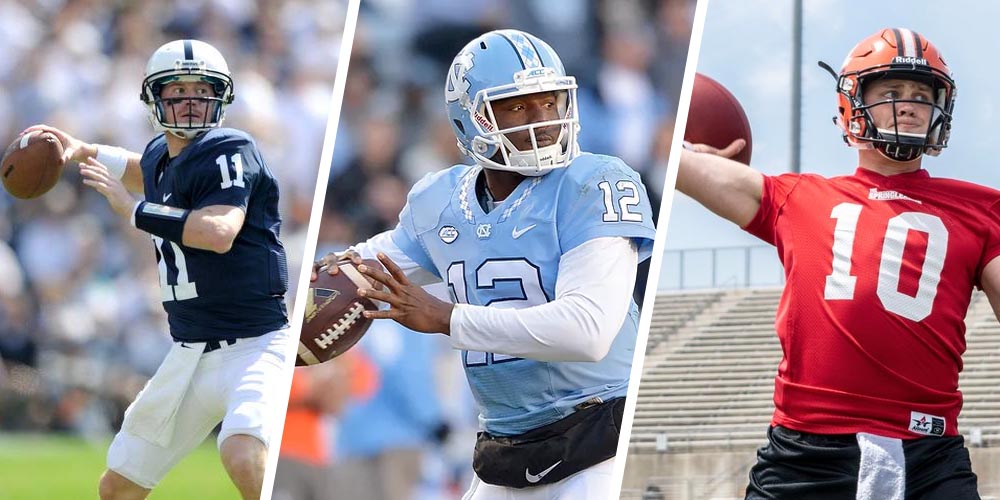 Unlike their DC counterparts, McGloin and Williams are very different quarterbacks who may be used in different ways by head coach Kevin Gilbride. McGloin brings NFL and major college experience and is no stranger to QB competition.

He flourished in his final season at Penn State under Bill O’Brien, and parlayed that into a rookie free-agent deal with the Oakland Raiders. He made the team out of camp in 2013 and over the next four years, played in 13 games. He’s a pocket passer who won’t scare anyone with his running ability.

The same can’t be said for Marquise Williams. His straight-line speed at his Pro Day in 2016 didn’t impress, but at 6’2”, 220 pounds, he could play a variety of roles for the Guardians, just as he did with the San Antonio Commanders of the Alliance of American Football.

Because of his unique traits, I’m not sure he’ll be a threat to McGloin for an every-down QB role, but he could end up playing a handful of snaps on offense and perhaps even special teams for Gilbride. The fact that New York took Williams in the skill position portion of the draft tells me the coaches may already have a specific role in mind for him beyond playing under center.

In addition to spending a skill position pick on Williams, the Guardians also took Garrett Fugate in the open portion of the draft. Most NFL teams take three or four QBs to camp on their 90-man rosters, so it’s no surprise most XFL teams will carry at least three among their 71.

Out of Division II Central Missouri, Fugate got a late start on the draft process in 2017 when his senior season ended with a torn ACL and MCL. He has worked out for NFL teams and honed his craft in both the CFL and The Spring League. Fugate may not challenge for the starting role, but he’s an intriguing player to keep your eye on as camp progresses.

St. Louis figures to have one of the most interesting QB battles in all of training camp. Ta’amu may be the least-heralded QB to be assigned prior to the XFL Draft. He has just one summer in an NFL camp under his belt, with the Houston Texans.

He was one of the most acclaimed quarterbacks in the SEC his senior season for Ole Miss. He’s shown the ability to make plays with his arm and his legs, but he just hasn’t done it at the professional level. He’ll get to work with experienced offensive minds in St. Louis like Doug Meacham, his offensive coordinator and QBs coach. But similar to Ta’amu, this is Meacham’s first foray into the pro coaching ranks.

Ta’amu will be challenged by another assigned QB, Taylor Heinicke. Projected as a possible late-round pick in 2015, Heinicke went undrafted and signed with the Minnesota Vikings. He has played in seven NFL games and started one – for the Carolina Panthers in 2018.

Heinicke’s small frame leaves him susceptible to injury. He suffered at least three major injuries in his short time in the NFL. If he can make it through camp healthy, he’ll have a good shot at unseating Ta’amu for the starting job.

Let’s not forget about Hard Knocks darling Brogan Roback. The Blond Bomber has spent time with the Cleveland Browns and Pittsburgh Steelers since his entrance into the NFL in 2018, and he was a skill position selection of the BattleHawks.

At Eastern Michigan, Roback holds the school record for touchdown passes and total offense, and is second in completions and passing yardage. He has a very real chance of making this a three-way competition at the QB spot in St. Louis. 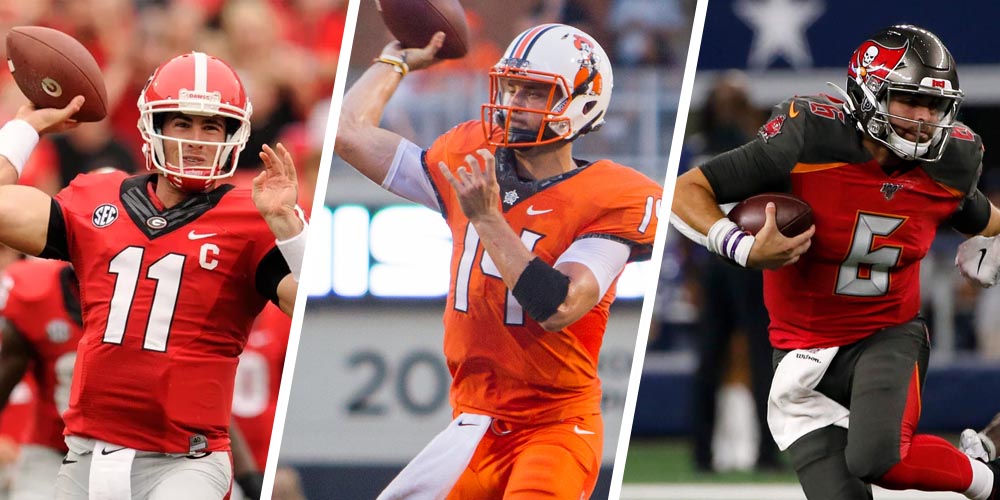 After bouncing around the NFL, Murray had to wait his turn in the AAF this spring. Murray shined in replacing starter Matt Simms, leading the Legends to their first victory in the short-lived league. It’s a performance he can use to springboard himself into the starting QB conversation in Tampa Bay.

The Vipers were allocated Murray, who had a successful career at Georgia before being drafted in the 5th round of the 2014 NFL Draft by the Kansas City Chiefs. While he never saw the field in a regular season game, he got some apprenticeship under fine offensive minds like Doug Pederson and Sean McVay.

Murray will be playing in the city in which he played high school, adding some extra motivation. This may also be the last opportunity for the 29 year-old to play in a major professional league and show scouts he’s still worthy of an NFL look.

Taylor Cornelius will look to play spoiler for the hometown boy’s return to south Florida. A graduate of Oklahoma State in 2019, he started just one season there, but ranked in the top 10 in FBS in passing yardage and touchdowns in Mike Gundy’s QB-friendly offense.

That wasn’t enough to get Cornelius drafted or even signed as a free agent. He had to earn a contract after rookie mini-camp with the Green Bay Packers. A camp arm, Cornelius was let go as the team trimmed its final roster to 53.
Because Cornelius was taken in the skill position phase of the draft, some importance must be attached to his spot. I don’t think it’ll be enough to unseat the veteran Murray, but I wouldn’t be surprised if the battle came down to the wire.

Tampa is also bringing Vincent Testaverde Jr. to camp. The son of Tampa Bay Bucs legend Vinny Testaverde, Testaverde Jr. camped with the Bucs during the offseason. While this seems like little more than a feel-good story, Testaverde Jr, also from Tampa, is intent on etching his name into pro football lore in the Bay area just like his father. It’s going to be an uphill climb to do that.