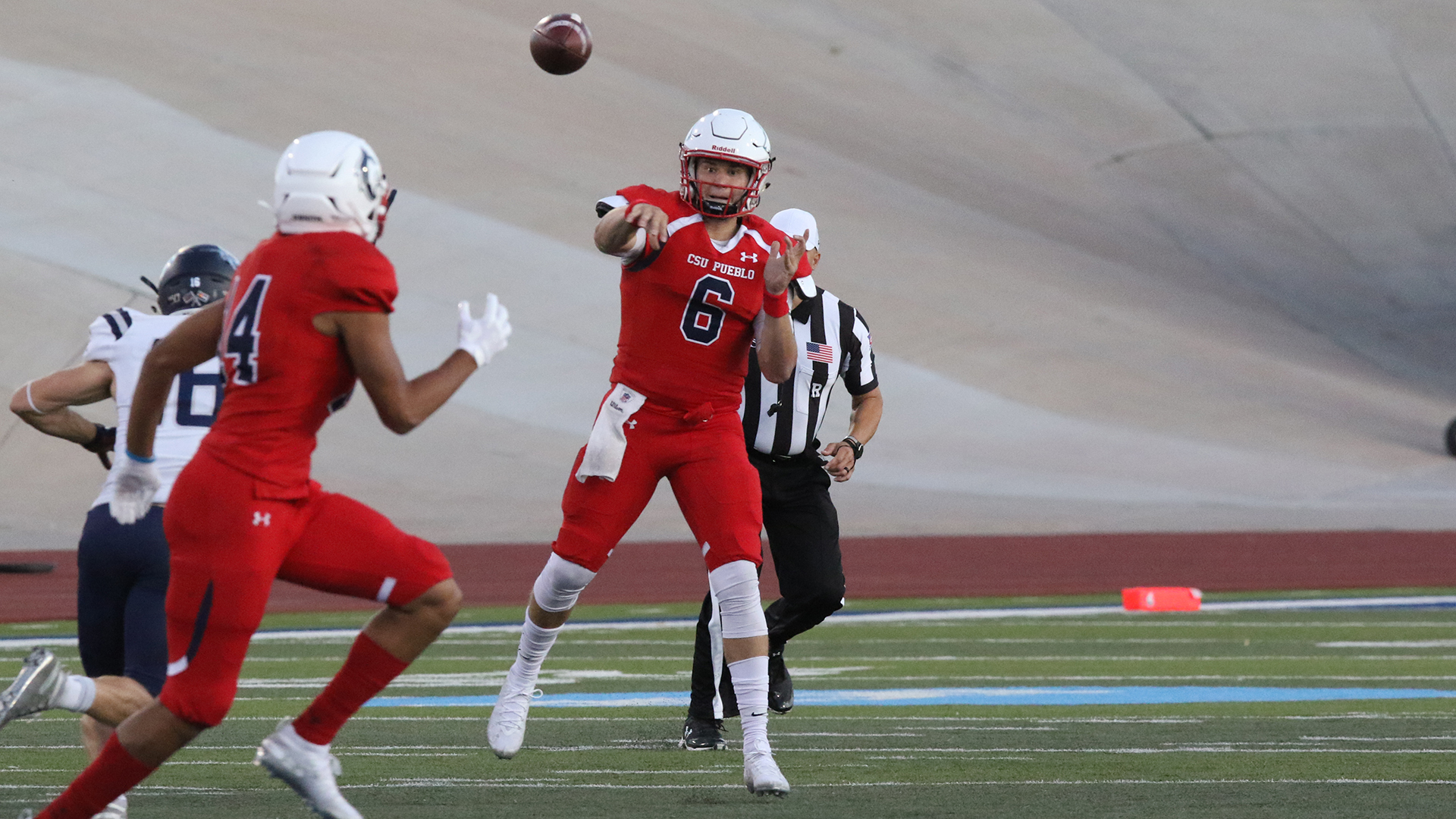 Jordan Kitna says he has had a football in his hands since the day he was born. Born into a football family, and being the oldest son of NFL quarterback Jon Kitna, there may be some truth to this claim.

Jon Kitna played football at Central Washington before a 16-year NFL career where he was a starting quarterback for the Seattle Seahawks, Cincinnati Bengals, Detroit Lions, and Dallas Cowboys. Aside from his father, Jordan has two younger brothers who are also quarterbacks.

“My middle brother Jalen. He’s in college. He’s a redshirt freshman at the University of Florida. And he plays quarterback there as well,” Jordan explained with pride. “My littlest brother Jamison. He goes by JT, and he’s a sophomore in high school, down here in Burleson, Texas, and he plays quarterback as well. He’s already got a couple offers. So, he’s going to end up being the best one out of all us.”

Such football talent in the Kitna family. But who plays quarterback when they get together on a Sunday afternoon?

“We have some good quarterback competitions, that we do,” Jordan said.

Kitna seems to a genuine family man, who speaks of his new spouse Shileigh with great praise.

“She’s the best thing I could ever ask for. And she’s my biggest supporter. I couldn’t do anything without her,” Kitna gushed.

In 2014, Jordon began his high school playing career in Tacoma, Washington, as the starting quarterback for the Lincoln High School Abes, he earned the honor of League MVP when he threw for 3,702 yards and 55 touchdowns in an 11–1 season.

“That was definitely the most fun I’ve ever had playing football,” Jordan said. “We just wanted to win. And we won a lot that year. We had a great offensive line and great receivers and all I had to do was put the ball in their hands and they made things happen.”

When his father relocated due to work, Jordan found himself back in Texas as a senior at Waxahachie High School.  In seven games, under the auspices of his head coach father, Jordan quarterbacked the team to earn All-American honors and All-State honors, passing for 1906 yards for 20 touchdowns and only three interceptions.

Kitna began is college career in 2016 with the TCU Horned Frogs, where he redshirted. However in 2017 he sustained an injury during summer training camp and had to undergo knee surgery.

Unfortunately, Kitna had to wait for the surgery causing him to take a break from football. Once he had the surgery, and was cleared to play, he had already transferred to Cisco Junior College, where he continued his college playing career, passing for 1,215 yards in seven games.

“It was a good season,” Kitna said of his time at Cisco College. “It wasn’t the season we had hoped it would be, but we moved the program in the right direction there, I think.”

At the end of 2018, Kitna decided to go to CSU Pueblo, a Division II school, where he stayed to finish out his collegiate and academic career. He played in 2019, averaging 173.6 yards passing per game with a 62% completion ratio, and 13 touchdowns. He also ran for 46 yards and one touchdown. However, the program was cancelled in 2020 due to coronavirus. Kitna would go on to graduate with honors and a 4.0 grade point average, top of his class.

The story of Jordan Kitna’s college career is one of grit and perseverance, especially to make it through injury, surgery, recovery, and come back to put up great numbers and lead a team. All the while progressing through his academics, putting up great numbers there as well, and allowing him to attain a degree with honors.

“I think, it speaks to the mental toughness and the grit that I have,” Kitna said. “I’m willing to work and I’m willing to do all the things necessary to be the best version of myself I can be.”

A wonderful tale, but it does not end here. Kitna is seeking to extend his football career to the professional level, attending a recent XFL showcase in Arlington, Texas, and receiving an official invitation to this fall’s XFL draft.

“I got that email last week,” Jordan said about the draft invitation. “I was so excited. And my family was really excited.”

Kitna was also excited to attend the Arlington showcase, taking it all in, meeting coaches, and being in awe with Dwayne “The Rock” Johnson who was in attendance.

“They split us up into offense and defense. Defense came earlier in the morning. We got there and they had this interesting circle that was surrounded by cameras, and they had all the quarterbacks throw in the circle,” Kitna explained. “Apparently, it shows the amount of force you put in the ground, and your footwork, and the velocity of the football… it was really cool to see that kind of technology.”

The Arlington showcase, held on 24 July, was one of the hottest of the six the XFL held, and Jordan Kitna can attest to that.

“It was spread out over the course of five hours, and it was probably the hottest workout I’ve ever been a part of,” Kitna said. “It was a scorcher out there. And as a quarterback, you can’t really wear a ton of sunscreen, because it makes your hands a little slippery. So I was definitely burnt up after that.”

Despite the challenge of the heat, Kitna felt it was a great day, and values his opportunity to work out in front of XFL coaches.

“It was great, because I got to meet most of the coaches. I got a chance to shake a lot of their hands and look them in the eye and hopefully they just got to see who I am as a person,” Kitna explained. “It was interesting because a lot of them have either played my dad or coached my dad. Hines Ward, who was with the Steelers – my dad was with the Bengals for a while and so they were rivals. The same with Rod Woodson and Wade Phillips coached my dad in Dallas, and Anthony Becht coached with my dad in the AAF, both on the San Diego Fleet team.”

As for “The Rock,” meeting him was a surreal moment for Jordan Kitna.

“It was kind of a surreal moment for me,” Kitna said. “I’ve met a lot of famous people in my life, and that was one of the first times I’ve ever been completely star struck.”

Still, the fact that Johnson was wearing jersey #54 was not lost on Kitna.

“He gave us that pep talk of, how in his life, he was always the 54th man,” Kitna said. “And everybody knows on an NFL roster, there’s 53 men, and he was that guy that was just on the cusp, but didn’t make it, and how that fueled him in his life and kind of put his back up against the wall.”

Kitna sees himself as a “Player 54,” and he also recognizes that he was one of many Player 54’s on the field in Arlington that day.

Kitna knows his next job is to be picked on draft day, and then earn a spot on an XFL roster.

None of this is a given. The only thing for sure, Jordan Kitna has demonstrated the grit and perseverance to be a player who can get it done, and he will make the most of any pro-football opportunity he gets.

If you want to hear more about Jordan Kitna, check out the podcast:
Episode 41 “Perseverance” with guests Jordan Kitna and Brooklyn Hardiman