Former star QB from the XFL’s Houston Roughnecks, PJ Walker, is fighting for a starting spot in the NFL. 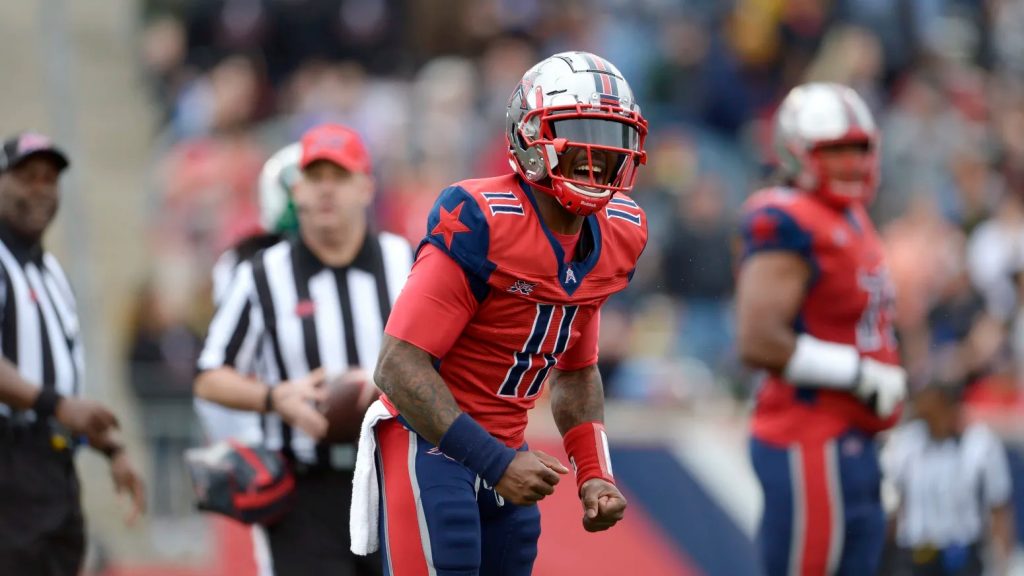 Waking up every day and know what he is capable of and knowing what he can do on the football field; that’s what former XFL star PJ Walker said gets him up every morning.

Walker quickly rose to the top in what was the brief 2020 XFL season. Week after week putting up highlight real performances leading the Houston Roughnecks to an undefeated 5-0 in the COVID-19 shortened season.

The consensus, but unofficial, league MVP season saw Walker throw for 1338 yards and 15 TDs leading the league in both categories.

With his stellar XFL performance, Walker found himself as the first player from the league to sign with an NFL team, the Carolina Panthers. With the Panthers, Walker is also reunited with his former college coach at Temple, Matt Rhule.

Walker talked with the media after Panthers practice Monday, August 24 with many reporters taking interest in his transition from the XFL to the NFL.

When asked about how the speed of the NFL game differs from the XFL, Walker noted the NFL game is faster. So far he’s been trying to adjust, both the pace and the new playcalling system.

Beneficial to Walker is his relationship with Head Coach Matt Rhule. Walker said there are similarities with the Panthers to their days together at Temple.

The Carolina Panthers enter the season with Teddy Bridgewater as their starting QB. Walker is competing for second-string duties against Will Grier. Grier was the Panther’s third-round pick in the 2019 draft. He started two games in weeks 16 and 17 throwing for 228 yards and 4 interceptions.

In response to what the competition with Grier is like, Walker said it’s a battle everyday and fun to get out there and compete at a high level.

Walker reflected on how his time in the XFL was of benefit for him. While he spent time on the Colts practice squad for two years and saw some preseason reps, the XFL gave him a stage to get much-needed game reps under center. Walker’s resume grew beyond the stat line, he has shown he can win games, has experience learning a new playbook, and leadership experience.

With less than three weeks until the NFL kicks off their regular season, the competition remains hot for the Panther’s second-string duties and the important reps associated with that role. With many XFL fans rooting on, Walker keeps grinding and working towards his legitimate shot to land the spot.

You can find Walker full interview with Panthers media below.

Column: An open letter to the new owners of the XFL
DB Ranthony Texada proclaims he will seek NFL or XFL opportunities