Robinson was the first XFL player to be drafted in the NFL, going in the fifth round in 2020. 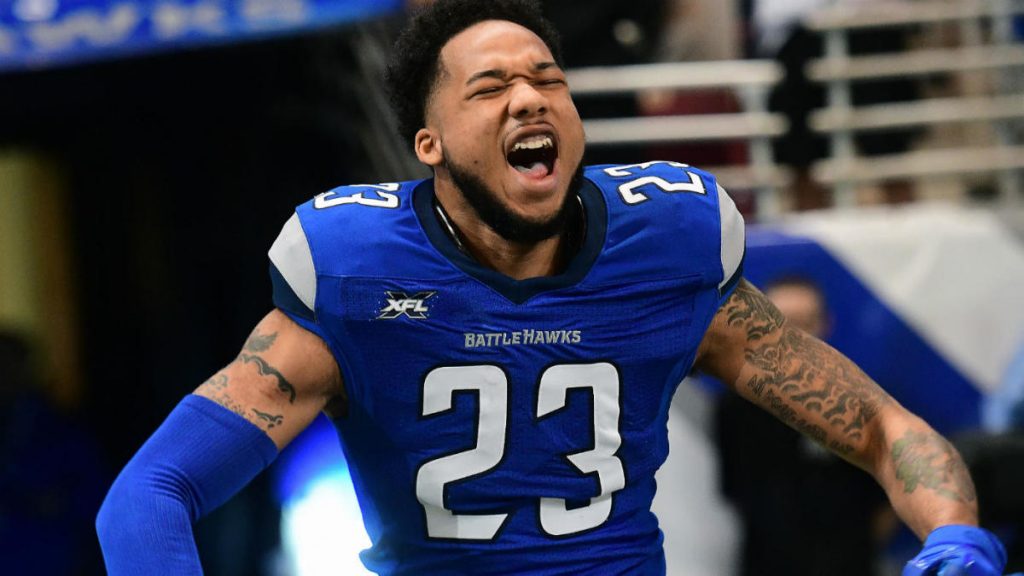 It’s surely the first of many for the young rookie, but former St. Louis BattleHawks safety Kenny Robinson recorded his first NFL tackle Sunday for the Carolina Panthers’ matchup with the Kansas City Chiefs at Arrowhead Stadium.

“He’s a young guy that has a lot of potential,” Panthers Head Coach Matt Rhule said three weeks ago when Robinson was promoted from the practice squad. “He’s got tremendous ball skills and you go back and look at his XFL tape, he intercepted the ball, has a good feel for the game. He has learned how to practice and he’s a guy that the more he works off the field on his body, taking care of himself, learning the system, practicing at a high level, the better player he’ll be because he has all the natural gifts and skills.”

XFL provides Kenny Robinson a pipeline to the NFL

Robinson’s path from college, to the XFL, to the NFL is a unique and harrowing one.

He was a force in 2017 and 2018 at West Virginia, allowing a completion rate of less than 45 percent of passes he covered, according to Pro Football Focus. In his two seasons, Robinson had 123 tackles, 7 interceptions, 7 passes defended, four tackles for loss, and one fumble recovery in just 23 games.

But then he was expelled for having another student write an essay for him, a mistake for which Robinson accepted full responsibility. Instead of transferring and sitting out a mandatory year, he entered the XFL draft. That decision came, in part, to help pay for his mother’s medical expenses as she battled cancer.

“As time went on and I figured things out, the XFL ended up being the best decision for me and then once I made that decision the XFL benefited me in so many ways, like just preparing you to be a professional,” he told the Charlotte Observer in May. “I was a professional football player for the last few months before anyone else could be.”

Joining the the XFL paid for Robinson to take his college classes online. The 21-year-old repaid The BattleHawks, racking up 15 tackles (21 combined), two interceptions and a sack in his five games. In Week 5, he was nominated as XFL’s Star of the Week.

Robinson is the first XFL player to be drafted in the NFL, going in the fifth round in 2020.