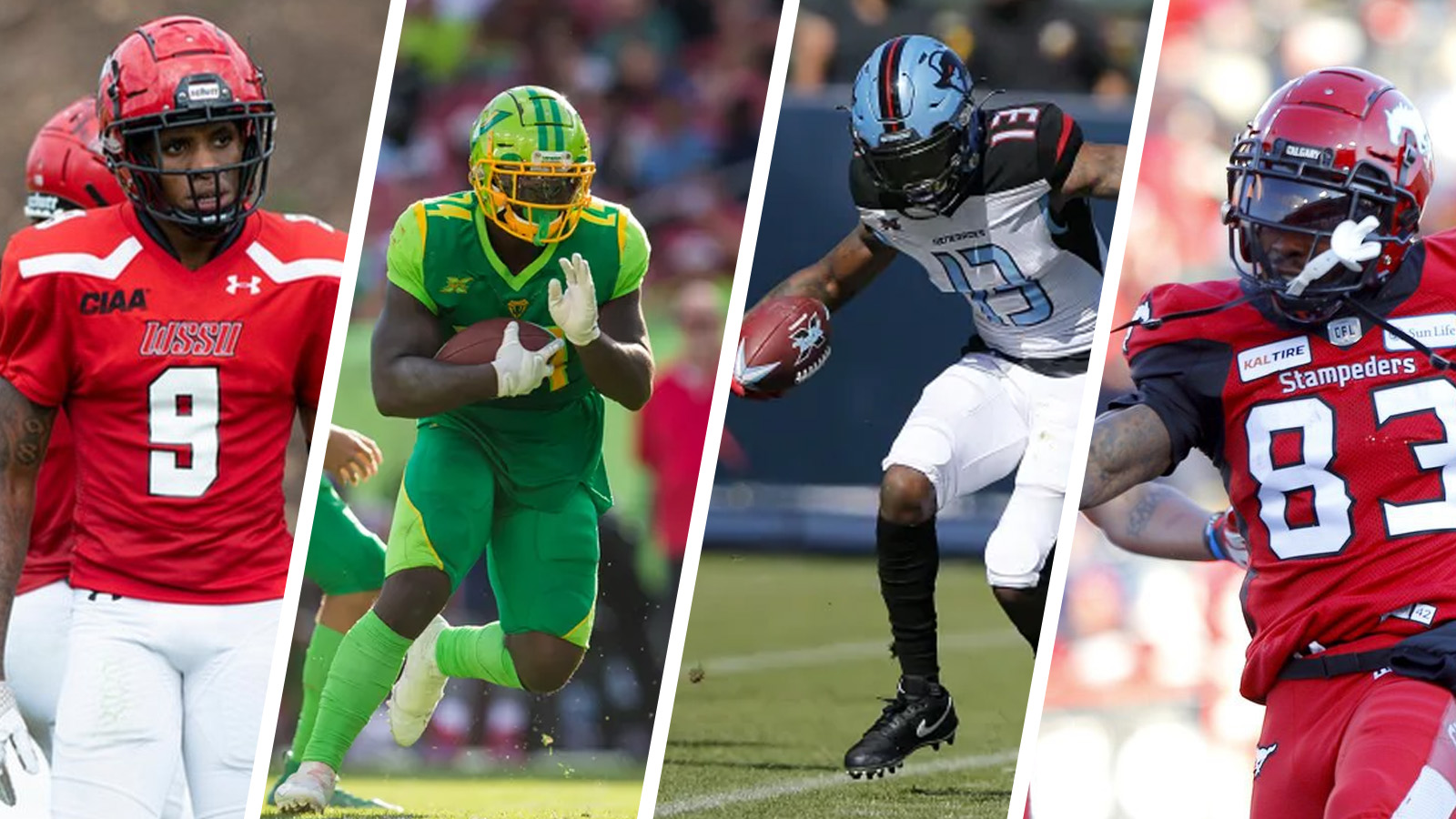 While there are still three XFL Showcases to be held later this month, the league has already begun the process of sending out invitations to players to be a part of the draft pool in November. The players who have been invited thus far are a combination of those who have attended previously-held Showcases; XFL 2020 players; recent college graduates who did not sign with NFL teams following the April draft; and former NFL players currently unsigned.

Draft invites are being reported by the XFL Analyst Instagram page, as well as on his Google Docs spreadsheet. The XFL has not publicly released Showcase rosters as they did in 2019, so it’s unlikely they’ll release the list of draft participants. Fans wanting to know who is in the pool will have to rely on players releasing that information themselves on social media, or those, like XFL Analyst, who report it based on sourcing.

Among the notable names to this point:

*CB Joshua Flowers, Winston-Salem State: Flowers was the first player reported by XFL Analyst to have received a draft invite, back on June 7th. That tracks with this story written by Inside the League’s Neil Stratton, with whom the XFL has a partnership, noting that draft invites would begin to be sent in early June. Flowers attended rookie mini-camp with the Jacksonville Jaguars on a tryout basis this spring, but was not signed.

*S Najee Reams (North Carolina A&T) and DT Julian Rochester (Georgia): Both of these rookies were spotlight players in my XFL Pro Day Tracker column published in April. Expect many more from those schools to be invited to the draft in the future.

*RB De’Veon Smith (Michigan): Smith rushed for over 360 yards in five games for the Tampa Bay Vipers in 2020, but he’s more recently known for being released by the Pittsburgh Maulers of the USFL after drawing the ire of head coach Kirby Smart in a highly-publicized event shown on the United by Football broadcast. Smith is one of a baker’s dozen of former XFL players currently known to be in the draft pool for 2023.

*WR Jeff Badet (Oklahoma): Badet was a first round pick of the Dallas Renegades in the skill position phase of the XFL draft in 2019. Despite his well-known speed, he averaged shy of 7.0 yards per reception that season. He has bounced around NFL training camps and practice squads since then. Badet’s coach from college and from the Renegades, Bob Stoops, is back as head coach in the XFL. Will Stoops once again take a shot at Badet’s potential?

*WR Martavis Bryant (Clemson): A former fourth-round pick of the Pittsburgh Steelers, Bryant had two 50-catch seasons in between a full-year suspension in 2016 for violating the league’s substance abuse policy. He was suspended again in 2019 after violating the terms of his reinstatement.

*WR Josh Huff (Oregon): The 30 year-old Huff has 33 games of NFL regular season experience and a third-round draft pedigree. He has also been in the AAF and CFL.

It’s important to note these are players who have received a draft invitation; it’s unclear whether or not they’ve all accepted those invitations. Per a report by XFL NewsHub, players who accept the invitation must sign a player contract, submit to a background check, complete a medical history form, and if drafted, consent to a medical exam at an XFL facility in January 2023.

In a follow-up post by Stratton on the Inside the League site, he wrote that draft invites will continue to be sent up until the week before the XFL draft. In commenting on the draft process on Tyler Dunne’s Happy Hour last month, XFL Senior Vice President of Player Personnel Doug Whaley said the league is focusing on acquring those players cut by NFL teams at the end of training camp, and adding many of them to the draft pool.

He indicated the league is focused on scouting those players “65 through 85” on NFL training camp rosters, who may just miss out on being signed to practice squads when the season begins, but who are also not bottom of the training camp roster level players (NFL teams can have up to 90 players in camp). Pushing the draft back from October, as it was in 2019, to November will give the league time to invite more talent not on NFL rosters at the time.

Whaley also mentioned that conversations are ongoing about what the format of the draft will be and how quarterbacks will be dispersed. In a recent interview with the Sports Slaw podcast (since removed from YouTube), Director of Player Personnel for Terrell Buckley’s team, Larry Lee, brought up the point that the XFL will be a “quarterback-driven league” and that the quarterbacks would make more money than the other players. This is not all that different from XFL 2020’s philosophy.

Players will continue to be added to the XFL draft pool throughout the summer as the league wraps up its Showcases, players are purged from NFL training camp rosters, and league and team personnel grind more tape. Given the league’s secrecy when it comes to player participation, the drip-drip of invites from XFL Analyst and others will have to suffice for those seeking XFL draft player news.