Greg Parks’ end of the season positional grades of the Tampa Bay Vipers. 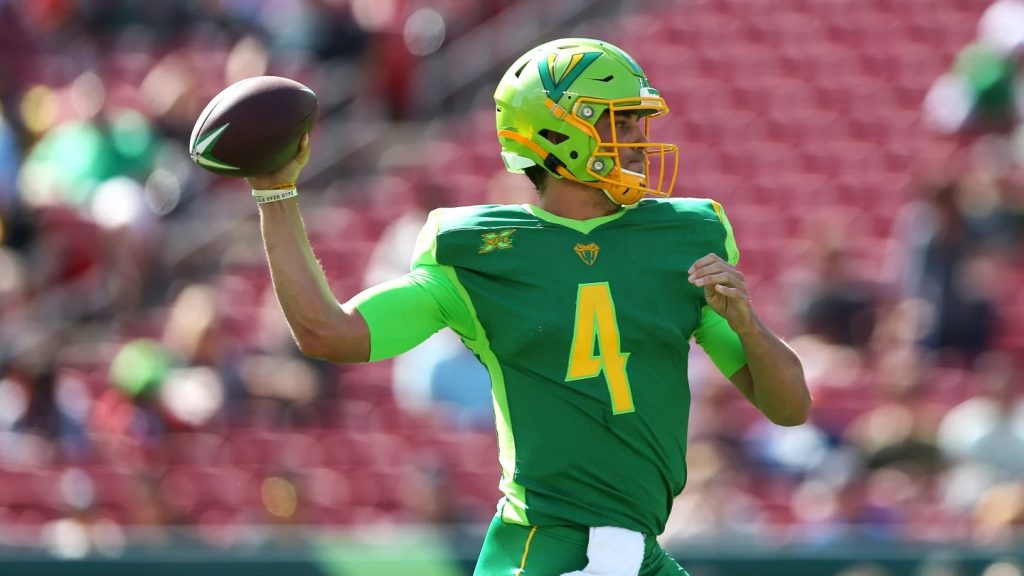 Quarterbacks: C: Aaron Murray struggled mightily in his lone start in week one, then lost his job to Taylor Cornelius once he finally did get healthy. Cornelius had his own struggles, which makes it all the more curious Tampa Bay never did go back to Murray. I could understand if Cornelius was playing lights-out, but that wasn’t the case. Cornelius made strides over the course of his four starts, but never showed the consistency that would make him the unquestioned starter going into the 2021 season. Tampa seemed content to use Quinton Flowers as a gadget player, though Flowers himself wasn’t content with that usage. Will he get his trade wish this offseason? That won’t make the already-tenuous fanbase happy. If Murray and Cornelius both return, it should be an open competition for the job in camp.

Running Backs: A: De’Veon Smith and Jacques Patrick made for a formidable 1-2 punch at the running back position. With the QB spot in flux, the backs were able to chew up yardage on the ground and take some pressure off the signal-callers. They complimented each other well and kept each other fresh – that is, until Patrick got hurt in week five. Smith struggled with a heavier workload, and it’s part of what cost the Vipers their 17-point lead, and the win, against Los Angeles. Mack Brown and Tarean Folston, the two #3 backs on the season, were mostly relegated to special teams work. A pass-catching third back could open up a new dimension in the offense so that Smith and Patrick don’t have to carry the water in the pass game as well. With no fullback on the roster, TE Colin Thompson occasionally lined up in the backfield as lead blocker.

Wide Receivers/Tight Ends: B: The team’s top three receivers, Reece Horn, Jalen Tolliver and Daniel Williams, combined for 66% of the team’s total targets in the passing game. They were the clear top three threats and played well despite the inconsistency at the quarterback spot. Williams and Tolliver succeeded in the vertical game, while Horn worked underneath to the tune of less than nine yards per catch. Injuries hampered Nick Truesdell’s production and he caught just nine passes. A healthy Truesdell will be key to the offense next season. DeAndre Goolsby made a few plays but he and Colin Thompson were mostly used as blockers. Only four receptions were made by wide receivers other than the top three. If Antonio Callaway returns from injury next season, he will help beef up the depth at this spot.

Offensive Line: B-: The Vipers finally seemed to settle on a starting five when the season was cancelled. The right side of the line in particular was ineffective early in the year; right tackle Isaiah Williams was eventually replaced by Marquis Lucas, and right guard Daronte Bouldin was sent to the bench in favor of Andrew Tiller, who returned from injured reserve in week four. Jordan McCray played well at center, as did Martez Ivey at left tackle. Jerald Foster was serviceable as the left guard. Having Bouldin and Williams in relief provided game-tested depth. While the run game numbers look good on paper, much of that yardage was gained by the backs on their own. Like the passing game, the pass blocking had its moments, but was not consistent enough. They tied for the most sacks allowed in the league.

Defensive Line: C: A healthy Obum Gwacham would’ve helped this unit, and he was rounding into form just as the league closed up shop for the year. His pass rush prowess was much needed as the Vipers didn’t generate enough from the edge. Gwacham registered the only sack from the line in five games, which just isn’t good enough from a four-man front. Veteran Nikita Whitlock led the team in quarterback hits and tackles for loss, and paced the line in tackles. Ricky Walker was more effective than Josh Banks at the other tackle position; they seemed to receive about equal playing time. As time went on, Bobby Richardson accumulated more playing time than Deiontrez Mount at the end position opposite Gwacham. Mount, the team’s second-round draft pick, disappointed with just six tackles.

Linebackers: C+: Jerry Glanville’s 4-2-5 defense doesn’t put a premium on the linebacker position, making that spot difficult to grade on a weekly basis. Terrance Plummer and Reggie Northrup each had a sack, but their in-game contributions came more on special teams than defense. Middle linebacker Lucas Wacha led this group with 14 tackles. Curiously, despite the de-emphasizing of the linebacker spot, the Vipers still spent four of their 10 draft picks in the defensive front seven phase on this spot. Thurston Armbrister, who has 31 games of NFL experience, was added from Team Nine just prior to the shut-down. It would’ve been interesting to see if he could’ve elbowed his way onto the defense.

Defensive Backs: B-: The defensive backfield allowed a completion percentage of just 52.8%, but also gave up nine touchdowns while picking off just three passes. Anthoula Kelly played well with eight passes defensed and 23 tackles. Marcelis Branch paced the team with 33 tackles, 10 more than the second-place tackler. Tarvarus McFadden also deserves a shout-out with two interceptions and three passes defensed. Micah Hannemann was challenged often as the nickel back but defensed three passes. The safeties offered ample support in the run game. The Vipers found a gem in the open phase of the draft, picking up starting safety Robert Priester out of Wyoming. Priester had a sack, an interception, and a pass defensed. Of the ten picks in the defensive backfield phase, only Hannemann and Branch saw significant playing time. A trade for former NFL 2nd round pick Jalen Collins prior to the season didn’t amount to anything of value.

Special Teams: C: The altered kickoff rules were supposed to encourage longer returns. The Vipers apparently didn’t get the message, as they averaged less than 20 yards per return. Punt return numbers weren’t much better, as they averaged just 5.5 per run back. This could be another area a healthy Antonio Callaway could improve. Jake Schum’s punting was fine, about average when it comes to the rest of the league in both gross and net yardage. Andrew Franks missed his only two kicks of 50+ yards but was otherwise relatively accurate. Reggie Northrup led the team with seven special teams tackles, while Gwacham had five in just two games. If Tampa Bay decides Callaway isn’t the answer, the return game could use some juice heading into next season.