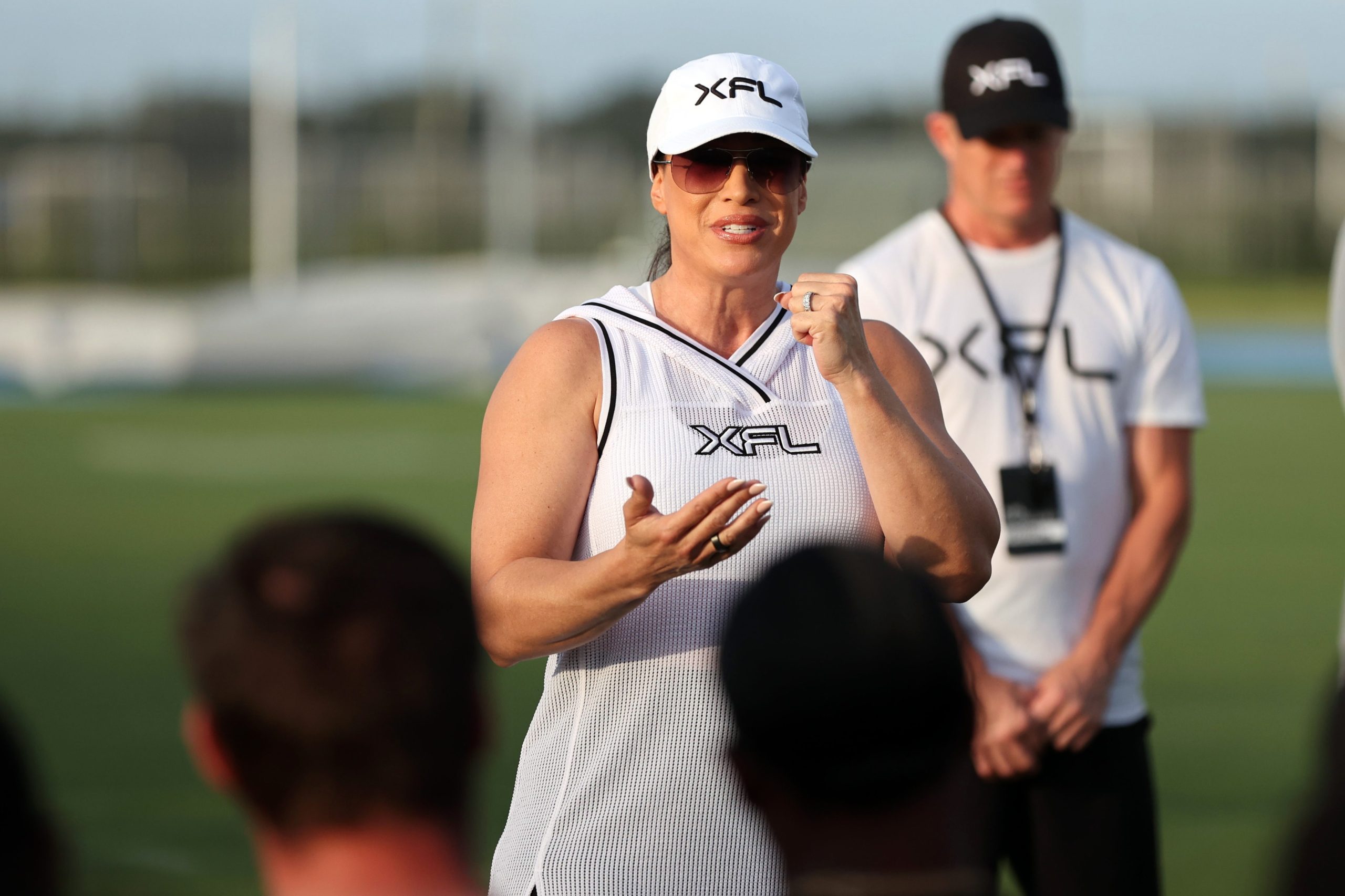 Some final noteworthy quotes and observations to share from the XFL Florida Showcase:

*XFL co-owner Dany Garcia was present at the Florida Showcase at the IMG Academy in Bradenton on Sunday. The league’s Twitter account posted a tweet showing her giving a pep talk to the defensive participants prior to the morning session. Garcia was not spotted during the portion of workouts open to the media, nor was she made available to speak to the media.

*At the conclusion of the defense’s on-field work, an interviewer spoke to a few players on the field, with a cameraman filming the interview. It’s unclear what this footage will be used for. It’s unlikely this was an XFL camera crew; a tweet from Avi Gerver on Saturday indicated he was hired as a local photographer for the D.C. Showcase on Friday. Therefore, it would seem that this was a local crew hired to film interviews for the XFL to use at some point in the future. It is expected that eventually, the XFL will have its own in-house production staff, but those hires likely haven’t been made yet.

*Only two members of the media were present for the workout. Besides myself, Mike Lathrop of the Let’s Talk XFL podcast was also in attendance. It was a case of unfortunate timing: The nearest major media market, Tampa Bay, had many of its sports reporters out in Colorado as the NHL’s Lightning had played the Avalanche in game two of the Stanley Cup Finals the night before.

Was fortunate to attend today’s Florida #XFLSHOWCASE it was a pleasure to meet @XFL2023 staff & witness players pursuing their #XFL dreams. Even ran into my old friend, @gregmparks #ForTheLoveOfFootball pic.twitter.com/h060KTGiHE

*I asked XFL Senior Vice President of Player Personnel Doug Whaley about whether or not the league will pursue players with college eligibility, as they did in 2020 with the high-profile acquisition of Kenny Robinson. Robinson would later become a 5th round NFL draft pick of the Carolina Panthers. Whaley indicated the league would be open to it, but it would be on a case-by-case basis. “It’s one of those things we’ll keep an open mind to,” he said.

Whaley mentioned Robinson being one of those special cases: “It was a situation where he was either going to have to sit out or go down a level, and he thought, with his skill set, ‘I’d rather try to go up a level’ and make his mark.”

*Whaley also told Lathrop that he expects teams to fill out the rest of their coaching staffs, at least officially, by the end of September or early October.

*Given his lack of professional coaching experience, many expected head coach Anthony Becht to hire veteran coordinators. Instead, he went with two coaches who, like Becht himself, have extensive NFL playing experience but are not so seasoned in the coaching ranks. I asked Becht about that. “They’re sharp. I know them. I know what they can bring to the table. They’re great people,” Becht said about his offensive coordinator, Bruce Gradkowski, and defensive coordinator, Donnie Abraham.

“Bruce has done an excellent job of just staying in the game. He’s very tapped-in and tied-in to a lot of head coaches in the NFL and he’s been grading a lot of the quarterbacks and offenses over the last couple of years.” As for Abraham, Becht said, “Donnie, to me, is one of the sharpest, one of the better DBs that really played in the six-year span I was in Tampa. Great coaching style. He’s (got an) even demeanor, but he’s very good at just relaying the message to the players.”

*Terrell Buckley needed just two words to describe why joining the XFL was the right move for him at this time: “Head coach,” he replied without pause. Buckley was also blunt about how he believed his college coaching career had not advanced in the way that he deserved. “I wasn’t getting the opportunity in college to progress or move up the ladder,” he said.