Editorial: Houston, this one’s for YOU

It just so happens that this league called the XFL is starting up here in a couple of days. 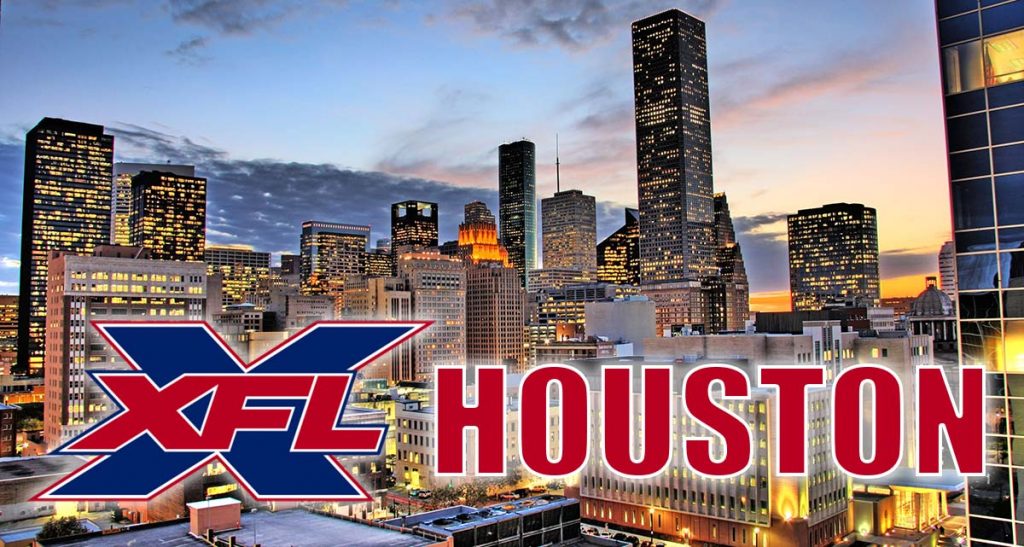 Man, what a past couple of months for Houston sports. To say that it has been rough would be an understatement. I don’t think I can remember a darker time collectively in Houston sports, and we have had some dark times. But nothing compares to the absolute magnitude of these trialing times. Let’s reflect for a little bit shall we?

First, you have the Texans, who just completely blew a commanding 24 point lead to the eventual Super Bowl winning Kansas City Chiefs, because your head coach doesn’t have a play on 4th and 1. To make matters worse, to “reward” him, the front office makes him the GM to go along with him already being the Head Coach. So he will be calling the plays, managing the team, drafting players, negotiating contracts, and trying to bring in new guys all at the same time. He couldn’t come up with a single play on 4th and 1, and he expects us to believe he can manage all of this? This franchise has hamstrung itself by giving “King” O’Brien more power than the actual President of the United States. I am fully convinced, that Bill O’Brien feels like he can walk into Cal McNair’s office and fire him right now. Look, I’m sure that Bill O’Brien is a super nice guy, “as long as you don’t say he sucks lol”, a great husband, and a loving father. I respect all of that, I do, trust me, that’s more important anyway. But, if you just can’t cut it, you just can’t cut it. Bill O’Brien had ONE Head Coaching job before coming to Houston, and he did great up at Penn State. But one has to wonder, if maybe he just needed a little more time to develop as a Head Coach, or perhaps he is just best suited to be an Offensive Coordinator. And to be fair, it’s not all his fault. The defense is so bad, we might as well not even have them out there. Deshaun still holds on to the ball too long, but that’s mainly because our receivers can’t seem to get open. The offensive line, well you know how that is. But in the end, it comes back to the Head Coach. When they showed Bill O’Brien’s face on that 4th and 1, he looked scared. Terrified. Nervous. Not prepared. That’s unacceptable! He didn’t have a play on that 4th and 1, because he didn’t believe that his team was good enough to be in the position that they were in at the point in the game. Look, it’s one thing for the media not to believe in your team, but as the Head Coach, you should be the main one that believes in your team. If you don’t believe in them, how do you expect the players to believe in themselves. As a former Head Coach myself, that really got to me. Look, I get it, the Chiefs are clearly the better team. But that expression on his face, on the sideline, up 24-0, was telling his team, “I’m shocked you guys are winning”, when it should have been, “I’m proud of you guys, I knew you could do it.” I guess time will tell, but I don’t blame any Houston Texans fans if they don’t feel hopeful about the future of the franchise, because they have not given us a reason to.

What about the Rockets? They are doing great right? Well, out of the three major teams, they are certainly doing the best, but I would not say great. James Harden is still phenomenal, and Russell Westbrook has been sensational up to this point. But as a team, they still have these defensive lapses, and the thing that is so frustrating, is that defense is pure heart and will. That’s completely on the players. But Mike D’antoni, who is a good coach, still needs to learn how to adjust in game when the other team takes stuff away. Look, I’m all for 3s, layups, and free throws, but if the defense takes that away, you have to be able to adjust on the fly. That’s what separates a good coach from a great coach. Too many turnovers, too many plays off, missing that killer instinct when it’s needed. These are all issues the Rockets have to fix if they want to be successful. Because they certainly have the talent, but it takes much more than talent to win a championship.

And speaking of championships, finally, we get to the Astros. Oh the Astros! First off, do I think other teams are doing what the Astros were caught doing? Absolutely! 1000%! We’ve had multiple coaches and players, past and present, even admit it publicly. But, that still doesn’t make it right. And the fact is, the Astros were caught CHEATING. Point blank. No ifs, ands, or buts about it. Look, that feeling that I had, back in November of 2017, when Yuli Gurriel caught that ball from Jose Altuve to win their first World Series championship in franchise history, no one will ever take that away from me. I still remember where I was, I still remember how I felt, and I will always remember that moment. I hold that dear to my heart, especially since it came at a time when Houston needed it the most, after going through the travesties of Hurricane Harvey. But, here, now, in 2020, it definitely feels a little different. It feels weird calling them champions, because it doesn’t really feel like they earned it. As a former player, and then later coach, I do admire and respect the rules and integrity that go into the beautiful game of baseball. Yes, I understand, gambling like Pete Rose and the Black Sox, the whole steroid era with Bonds, McGuire, Sosa, etc., and electronic sign stealing, and many more, the game of baseball has been tainted with cheating for years. I hate it. But, the game itself, I still love and will always love no matter what. But man, the Astros are at rock bottom right now, as is the entire Houston sports world. If only there was something to lift us up.

Well, it just so happens that this league called the XFL is starting up here in a couple of days, and your beautiful city of Houston, Texas, has a team to represent. The Houston Roughnecks couldn’t have asked for a better time to launch than right now. June Jones, PJ Walker, Connor Cook, Sammy Coates, D’Angelo Henderson, Andre Williams, Charles James, and many, many more are ready to give Houston hope again. The Roughnecks have an opportunity to bring H-Town back to life. You want exciting? Watch play after play when this Roughnecks offense is lighting up the scoreboard and stat sheet with bombs galore. You want tough? Watch as this scrappy Roughnecks defense goes out and will scratch and claw it’s way to victories. You want smart? Watch as June Jones and this coaching staff draw up schemes that you haven’t even dreamed of, especially with these new rules. But my favorite part, my absolute favorite part, is US, the FANS. I love sports, because it is one of the few things that can bind us all together.

On February 8, 2020, at 4:00pm central, at TDECU Stadium, there is going to be a stadium full of people, who I guarantee you, don’t agree on almost anything. They disagree on politics, religion, parenting, taxes, finances, relationships, marriage, divorce… you name it. And when they see each other on the street, or at the mall, or on Facebook or Twitter, they will debate, argue, go at each other like it’s nobody’s business. But when that whistle blows, when those lights come on, when that clock begins, this sport, football, this team, the Roughnecks, this city, Houston, comes together, as one. United, as fans. Sports brings us together. It binds us, connects us. And this spring, this city, will bind together, to cheer on our team.

Ladies and gentlemen, the Houston Roughnecks are officially here.