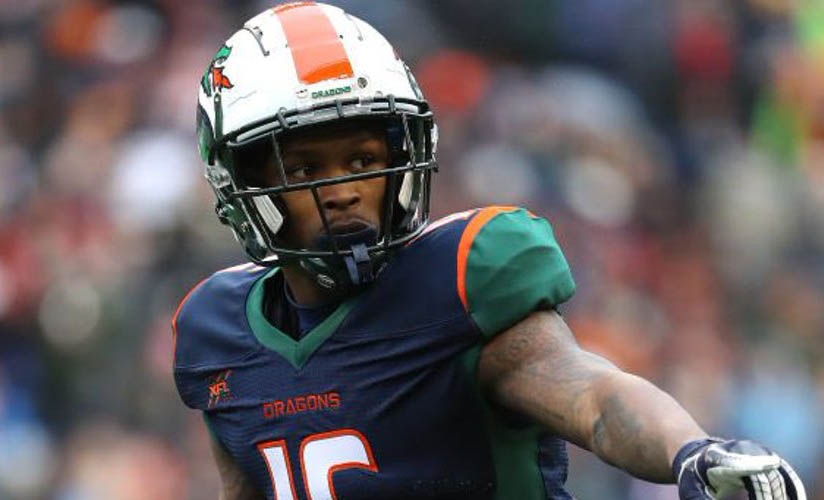 Going into week one of the XFL, Seattle Dragons wide receiver Dontez “Speedy” Byrd was fulfilling his topmost desire, and that was to play pro-football.

After his senior year at Tennessee Tech, where he had a stellar year catching 78 passes for 1,003 yards, and six TDs, Dontez could only imagine getting onto an NFL roster. After spending time with the Atlanta Falcons in the 2018 NFL pre-season, and with the Memphis Express of the AAF in 2019, he remained a free agent.

Being out of football, Dontez had expressed a desire to play in the XFL for a while. Finally the Seattle Dragons came calling in January 2020, and offered to fly him to Houston in the middle of a busy training camp.

Byrd did not hesitate to jump at the opportunity.

In other words, Dontez strongly feels that such an opportunity should not be taken lightly, and he has demonstrated this on the football field. After joining the Dragons, Byrd has proven he deserves a spot on the Dragons starting roster by his performance in game one of the XFL season, where he impressed by catching two passes for 34 yards, including a beautiful catch along the sidelines while he was being covered closely.

Throw it up and @_SpeedyByrd will pull it down pic.twitter.com/mwgTN4S0W8

After a loss to the Defenders in the first week, Byrd claims the Dragons learned from their mistakes, which allowed them to beat the Tampa Bay Vipers in the next game.

“We went into DC for our first game. We learned a lot that game, and had some things we needed to get fixed in order to get the win against the Vipers,” Byrd explained. “We went back to practice the week after we played against DC and got better as a group and really just honed down on the details and got ready to go against the Vipers.”

It seemed to work. Now, the Dragons are focused on their next opponent, the Dallas Renegades. Dontez also pointed out that this next game is a divisional game, which makes it all the more important.

“It’s our first conference game. So, we need to take this game very serious and get a win.”

We will be watching for Dontez “Speedy” Byrd this Saturday 20 February, when the Dallas Renegades play the Seattle Dragons at 2PM PST at CenturyLink Field in Seattle.

To hear the entire interview with Dontez Byrd, check out our podcast: Episode 25 – XFL Week 2 – Dontez Byrd and Mike Mitchell