Parham would end the NFL season with 10 receptions for 159 yards, an average of 15.9 yards per catch. 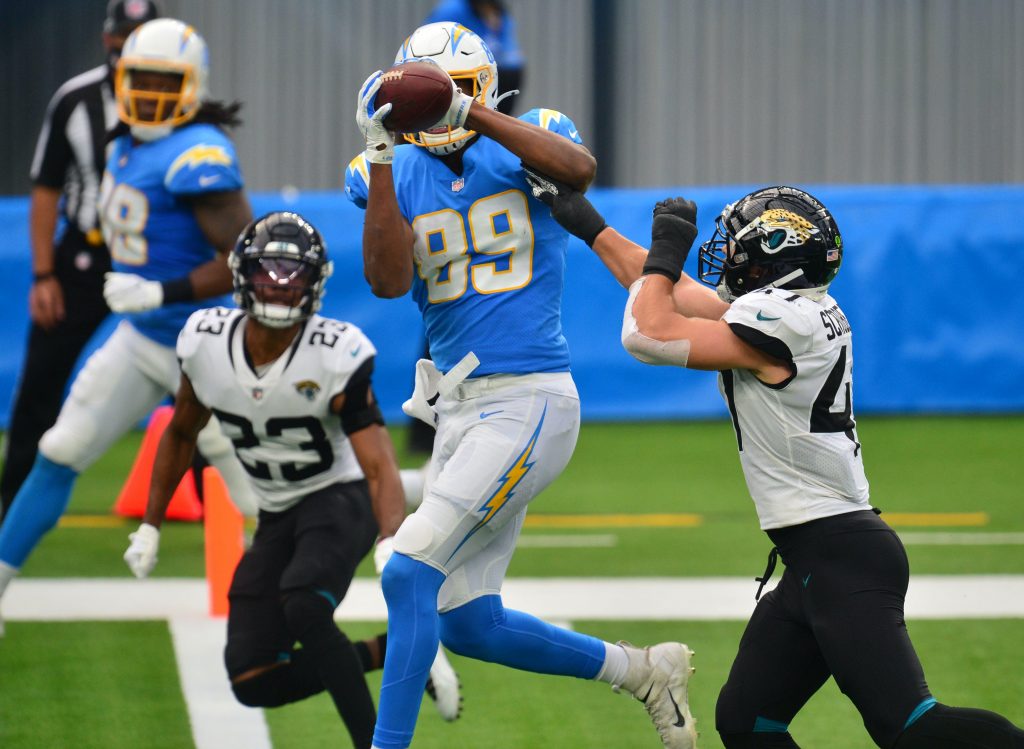 When talking about the XFL players who made their presence known in the NFL this season, the typical answers are PJ Walker, the former Houston Roughnecks quarterback who played the Carolina Panthers,  or Taylor Heinicke, the St. Louis BattleHawks quarterback who made his NFL season debut Saturday night for the Washington Football Team.

The monstrous 6’8, 237lb tight end frame of Parham Jr is elite, to say the least. The tallest NFL player right now is the Pittsburgh Steelers left tackle, Alejandro Villanueva at 6’9, so that goes to show the size and power of Parham Jr.

During his time as a Renegade, Parham had 24 receptions on 43 targets for 307 yards and four touchdowns. Parham Jr’s lowest reception game in the XFL was six receptions during week one.

In weeks three and four he would see the decade mark in receptions for both matchups, including the 11 catches against the Los Angeles Wildcats in week two, his season-high.

Against the Seattle Dragons in week three, Parham Jr would find the endzone two times and tally up 101 receiving yards. Not many NFL tight ends even tally 100 yards in a game per year unless they are Travis Kelce or George Kittle. Parham Jr is just about in a class by himself with his ability, the NFL needs to realize the insane talents that he possesses

When Parham had the ball he looked like he was made for the NFL. The former Renegade would run through players like NFL tight end George Kittle while having the speed of a slot receiver.

Parham would sign to the Los Angeles Chargers shortly after the XFL season came to an end.

Although he saw limited action, he ended the season with a catch in eight games. Parham would set his season-high for both yards and reception during the January 3rd matchup against the Kansas City Chiefs, with three receptions on four targets for 37 yards and a touchdown.

Parham is best known for his first two NFL receptions being touchdowns. The feat was even given a lot of love with ESPN and NFL Network showing the clips multiple times which also led to them mentioning the XFL and his performance there which was great to hear.

A look to the future

The former Renegades tight end is just 23 years old, meaning he has a lot of football ahead of him.

The upside to Parham is easily his measurables. There is no other tight end in the league who is 6’8 that can run a 4.60 flat 40 yard dash. In comparison, other NFL tight ends are running a 4.70-4.80 and looking quick.

In the 2021 season, we hope to see more of the young tight end in the NFL. He is signed through the 2021 NFL season with the Chargers and they should be happy with what they have seen from him this past season.

The Chargers are in a bit of a rebuild mode since losing their veteran quarterback Phillip Rivers, this year the rookie quarterback, Justin Herbert showed flashes of greatness. Maybe, the Chargers will go back to their days of greatness like when they had tight end Antonio Gates and a young Phillip Rivers at signal-caller. Perhaps we could see Parham Jr become the next great tight end out of the Chargers organization.

A young and hungry team is a dangerous team. The Chargers have all the assets in Parham to turn him into one of the better tight ends in the game. It will be a fun ride, to say the least, as we have seen what Parham is capable of since his first game with the Dallas Renegades.