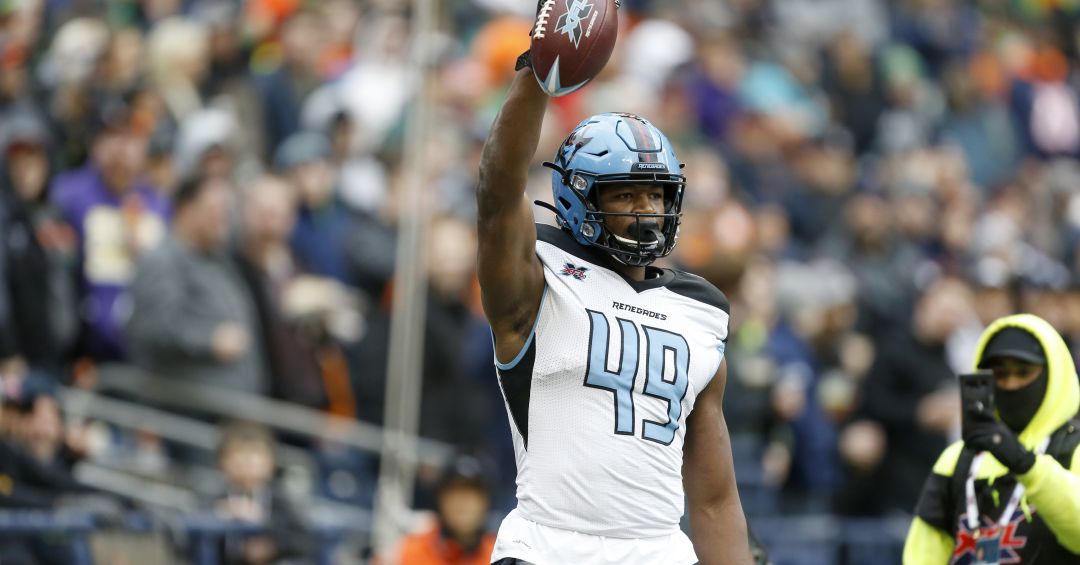 As a senior, Donald Parham, a former Stetson University Hatter, had a stellar season racking up 85 receptions for 1,319 yards and 13 touchdowns. His alma mater also had a reason to celebrate today as Parham also became the first Stetson football player to score a touchdown in the NFL.

Despite being 6’8″, Parham went undrafted in the 2019 NFL entry draft. He was signed by the Detroit Lions, and then Washington, but only cracked their practice squad.

Later in 2019, he was drafted by the Dallas Renegades in the ninth round of the XFL draft. As a Renegade, Parham shone with 24 receptions for 307 yards and 4 touchdowns in the shortened five-game season. In week 2, during a game against the Los Angeles Wildcats, Parham had five catches for 76 yards and a touchdown.

The Chargers are now discovering what XFL fans have known for a while… Parham is the real deal. With this first touchdown under his belt, we are sure it will translate into more playing time, and more NFL success for Donald Parham.